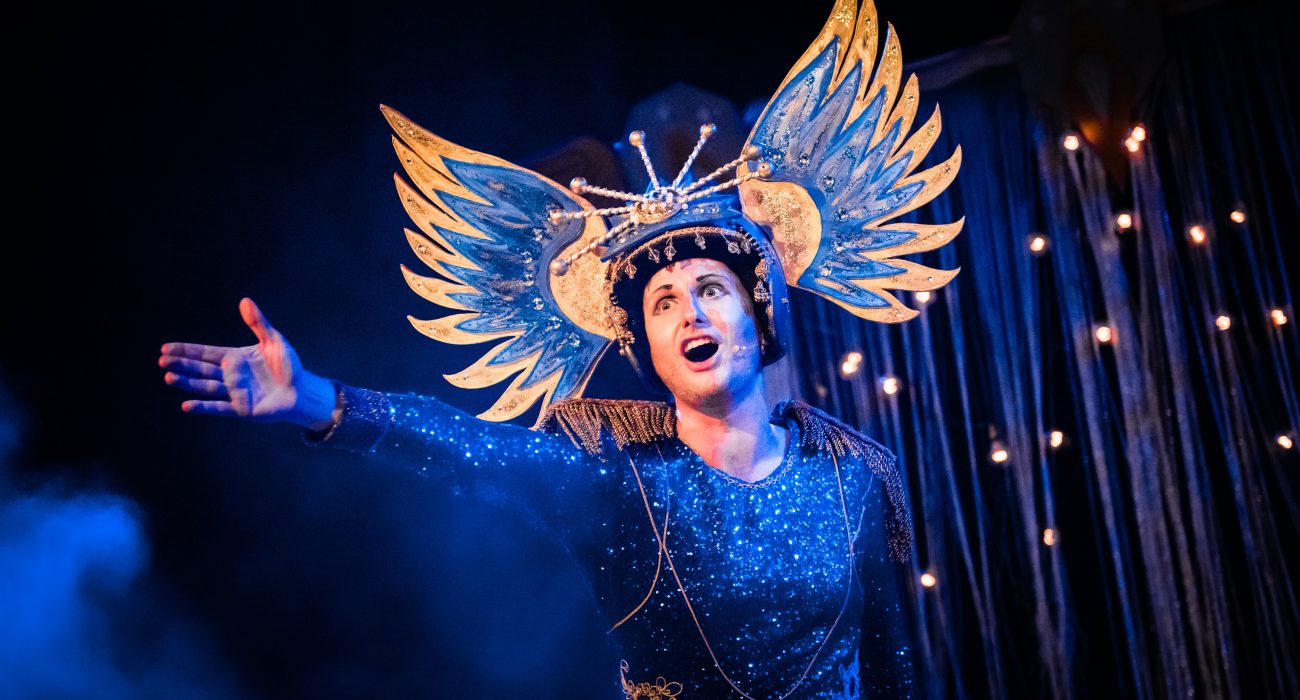 Review: How to Win Against History

The Edinburgh Festival Fringe is… an experience. With thousands of shows to choose from and the top rated plays selling out, it’s easy to come away having seen a lot, but ultimately missing out on the best theatre. That’s where HOME’s Orbit Festival comes in — a chance to see the very best of the fest in Manchester. £5 student tickets, anyone?

Seiriol Davies’ How to Win Against History has been the critics’ top pick of the Fringe for the past two years: a three-man musical extravaganza, the show follows Henry Cyril Paget, a real-life 19th century aristocrat who put his family to shame, cross-dressing and blowing his sizeable inheritance turning his family chapel into a theatre and, in the character’s own words, “putting on plays with me in them!”

The show’s title illustrates the Paget family’s attempts to erase all records of Henry’s life following his death aged 29, this lack of information causing the plot of How to Win Against History to be heavily fabricated, as the cast readily admits.

Lacking a clear, cohesive story line, the show is more a cabaret showing snippets of the life of the 5th Marquis of Anglesey than a full-blown biographical musical.

Nonetheless, the sung-through dialogue and catchy numbers are exceptionally funny, with lyrics about privileged childhood such as ‘Eton, Eton / Pull up a peasant to put your feet on’ sticking in my head long after leaving the theatre.

His portrayal of Lord Berners had me rolling in my seat laughing and his use of audience interaction somehow had the initially reluctant crowd singing along in both German and Welsh!

Given the content matter of the show and the incredible, high camp set covered in sequins, fairy lights, and beaded curtains I was greeted by when walking into the theatre, I think I somehow anticipated How to Win Against History to focus on the cross-dressing aspect of the Marquis’ character in a more political way than it actually did.

Davies’ Henry wears his floor length glittery gown throughout, even when playing him in childhood. As a result we never see Henry’s transformation or get a glimpse into understanding why he chose to dress this way.

Then again, the cast are very aware of their neutral position on this, assuring the audience in the opening number, ‘Mainstream Entertainment’, that ’this won’t be a difficult show / [we] don’t intend to challenge you in any way’.

Perhaps this in itself is a radical act. Cross-dressing is just one part of Henry’s eccentricity and is therefore not set apart as something shocking, worrying or wrong.

With clever wordplay, one-liners and puns, it is the script of How to Win Against History which ultimately sets it apart as a brilliant performance. As the young Henry is reminded, “history is written by the winners”, but in telling the stories of the forgotten people punished for defying the norms, everyone leaves the theatre a champion.