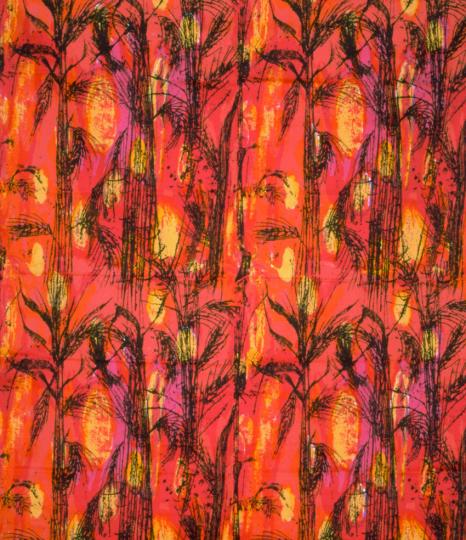 Earlier this month, Professor Alan Rice delivered a lecture in an intimate back-room of the Portico Library, entitled Exhibiting Slavery in a Post-Imperial Context: Reflections on 2007 and Manchester’s Contributions. The 2007 context that Rice refers to in his title, is the outburst of bicentennial commemorations which acknowledged 200 years since the abolition slavery in Britain. His talk was one in a series of lectures built around the Portico’s exhibition Bittersweet: Legacies of Slavery and Abolition in Manchester.

You may not have seen Bittersweet. It was an elegant and sensitive exhibition which stitched artefacts, contemporary artworks and historic printed texts together, to tell a fragmentary story of Manchester’s black Atlantic history. But it was also a noticeably small exhibition — and it was only on display for a month.

This was something that Rice drew attention to in his lecture: in comparison to the exhibitions which had dominated galleries ten years previously, Bittersweet was a marginal contribution to the narrative. His concern, that the topic of slavery had been a fleeting art world trend which has since been re-shelved to gather dust, was evident.

Manchester isn’t often a city associated directly with slavery, like the port cities such as Bristol or Liverpool. However, the pro and anti-abolition debates were just as active, since its industry relied heavily on the import and manufacture of cotton.

Rice, himself, had been a contributor to the 2007 commemorations. He co-curated the Whitworth’s own exhibit Trade and Empire: Remembering Slavery with Su Andi, Kevin Dalton-Johnson and Dr Emma Poulter — his 2017 lecture reflected mainly on this event.

Not many of us will have seen this exhibition either, but its merits sound convincing, highlighting hypocrisy and generating juxtapositions. On one wall, two Turner paintings were put on display. But they were hung on top of an enlarged post-slavery photograph, of some ‘free’ African cotton-pickers, working under Jim Crow laws. The label next to the paintings, then, would make the reader aware that the Turners had been purchased by abolitionists, who had nevertheless made their riches in cotton.

One difficulty Rice alluded to, in regards to such cultural commemorations, is the danger that historicising an atrocity suggests that it is overcome, or consigned to history. It was crucial that curators kept this in mind: abolition did not mean total freedom, because did not deliver anybody from discrimination. Commemoration should not, and does not, wipe the slate clean.

Around the time of the bicentennial there was a surge in the visibility of organisations such as Fairtrade, who aimed to raise awareness of what they called ‘modern-day slavery.’ The photograph behind the Turner paintings, were intended to amplify how slavery is often so easily masked.

Interestingly, Rice spent the most-part of his lecture discussing artefacts and artworks that he had left out of the exhibition, or items that he would re-introduce if he were to curate it again. He did this to remind us the view created within an exhibition is never complete. We should never accept its story as the definitive narrative.

One of the greatest issues that historians of black Atlantic history face, is the lack of archival information available. En-slavers did not photograph or document slavery — which was Rice’s secondary reason for placing a post-slavery photograph behind the Turner paintings.

Rice rung other alarm bells, such as the tendency to focus on the white parliamentary role when commemorating abolition (for a lack of any other information) as opposed to the contribution of black Atlantic, black British or black African agencies. He warned also of a tendency to unify these voices within themselves – there is not just one black Britain.

We often rely on tropes when telling a historical story, returning to the same tired or ‘acceptable’ characters. Rice highlighted Olaudah Equiano as one of these gentrified ‘familiar faces.’ This is particularly illuminating, since Equiano was the figure chosen by Google to occupy the logo of its home-page just last week.

Rice ensured us that that there are so many other exciting and radial figures which we know nothing about, because they do not conform to the pre-ordained story of slavery which has been written for us. Robert Wedderburn, who wrote The Horrors of Slavery was one of his examples. He said that he has forwarded this book to all of the foremost critics of 18th and 19th Century literature that he could contact — to no palpable response.

Rice emphasised the importance of creating new responses and narratives, and artists have begun to do this exceptionally, interpreting black and other histories through their imaginations. Mary Evans and Keith Piper (exhibited in Bittersweet), Althea McNish and Lubaina Himid are just a few examples of artists who have achieved this, whilst overcoming the sometimes reductive or despairing nature of our collective imperial history. They have shown us how to remind without undermining, conveying messages of hope and progress without stifling the suffering that underlays it.

McNish’s ‘Golden Harvest’ from 1959 for instance is evidently saturated with Caribbean influences, but its vibrancy was initially inspired by a field that the artist saw in Essex. It was then manufactured as a Liberty Print. Whilst Lubaina Himid is Rice’s co-director at the Black Atlantic Research Institute in Preston. She is one of the four nominees to be selected for this year’s Turner Prize.

Sometimes it is the gaps in our archives which say significantly more than the things which are there. Large or small, a single narrative can only leave a chip in the surface of a much larger reality. To overcome the silences we have been left with, Rice encouraged his audience to keep searching.