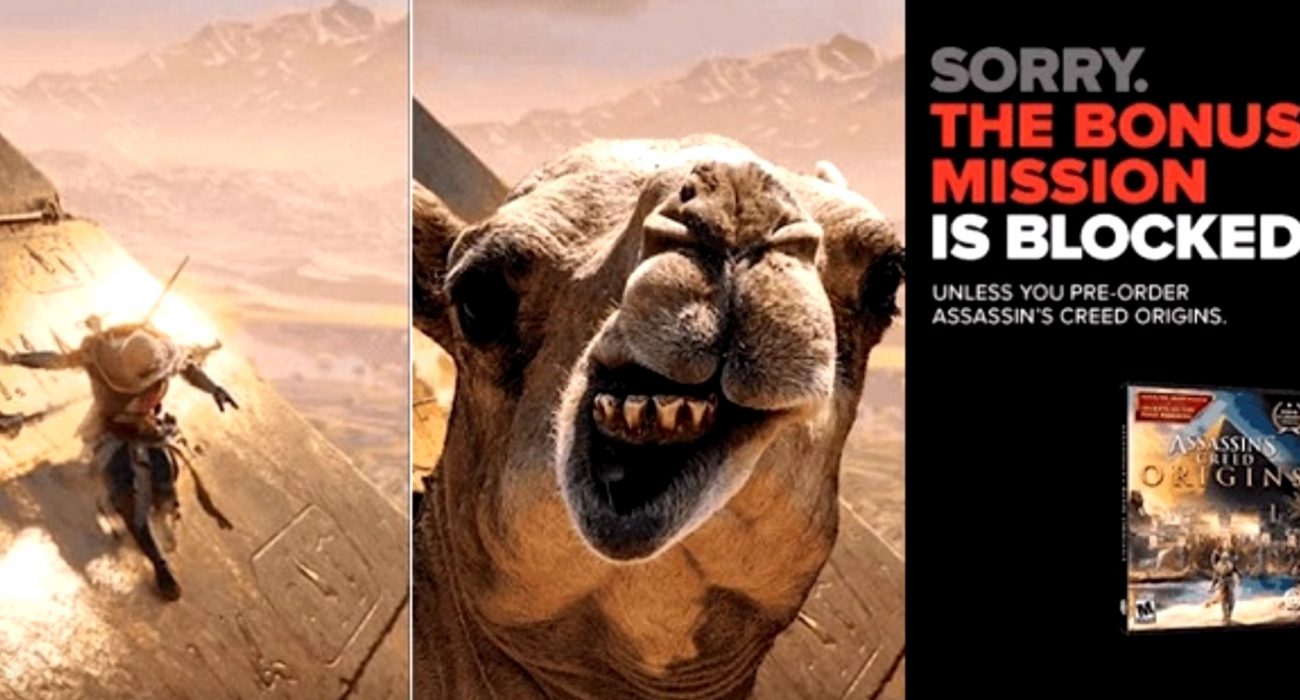 The rise of pre-order culture

In recent years, games publishers have adopted a number of duplicitous, admittedly ingenious, tactics for milking every last penny out of the cash cow that is the games industry. However, there is one that has remained unashamedly audacious and aggressively marketed throughout its life: the pre-order.

There are two facets to the pre-order: the game itself, and the plethora of editions and bonuses that can be bought alongside it.

Pre-ordering the game itself may seem fairly innocuous, and once upon a time it probably was. It doesn’t really make sense to pay full price for a product of which the quality is inherently not guaranteed, but you will pay for a game and get a game, right?

Well, yes, but we are living in a post-Aliens: Colonial Marines world; a post-Star Wars: Battlefront world; a post-No Man’s Sky world. Game publishers have shown time and time again that they are more than happy to advertise aggressively, create a massive amount of hype, and cash in on the profit before releasing a game that is mediocre at best; a false-advertising lawsuit at worst. My point is, paying for a game that you’ll get is not the same as getting the game you paid for.

This is a practice more or less restricted to the gaming industry, which is bizarre because they are never sold out. I cannot recall a single occasion on which I have been unable to procure a game (except The Weakest Link on PS2 about a decade later) after its release.

Nonetheless, we are now living in a climate in which publishers have made it acceptable to ‘buy before you try’.

This generation, however, has seen the rise of not just the pre-order, but the pre-order bonus. You will have seen this, no doubt. Almost every game now is carted out with a gold, collector’s, deluxe, limited, or some similar edition, often in a tiered system costing up to £200. Ubisoft were even so bold as to release an $799.99 ‘Dawn of the Creed Legendary Edition’ of Assassins Creed: Origins.

The worst thing is that the added ‘value’ is usually made up of discounted microtransactions (an objectively worthless in-game currency), nominal amounts of unessential in-game content, and, most often, tat.

And it is tat: statues, posters, guides, maps, clothing, cards, concept art, soundtracks, badges, cards – and that’s just in Watch Dogs. These are things that are do not not enrich the experience of the game, but create the illusion of value by offering an array of nebulous paraphernalia and using it to make the shoddy ‘standard edition’, by association, seem inadequate by highlighting the negation of that extra content.

Gamestop perhaps best demonstrated this in their recent promo for Origins, in which the gameplay was interrupted by this trite message: ‘sorry. The bonus mission is blocked. Unless you pre-order’.

The thing is, the ‘bonus mission’ is already made, which means games companies are working on content they can monetise further before the game is even released. The mission is not ‘bonus’ – it has been actively sectioned off from the rest of the game in order to flog more pre-orders.

The clamour for pre-orders on behalf of developers and publishers is not likely to change any time soon: it means they do not have to take risks on underestimating sales figures or the game reviewing negatively.

Admittedly, its hardly a crisis right now. However, it’s the same old pattern that the industry has tended to follow: anti-consumer practices creep in inch by inch, and slowly become more and more noxious as they erode the fabric of the game from the inside.

Look at loot boxes. Back in 2009, they were restricted more or less exclusively to mobile games and just starting to creep into the ‘pack’ system of FIFA 09. 8 years on, and they saturate the games market to the extent that entire ‘AAA’ games are built around this system to such an extent that it is starting to compromise the quality of the games itself.

Profit is the primary means of community feedback for games companies, and every pre-order encourages publishers to get bolder and more avaricious with every new instalment. Look at the recent Call of Duty: WWII, where you can pre-order a map pack that was made before the game was even released.

As consumers, we do not have to buy into the hysteria whipped up by the increasingly desperate marketing of the games industry. Every purchase is choice, whether in the supermarket or the steam store, and conscientious consumerism is the only way to halt the progressive normalisation of pre-order culture.