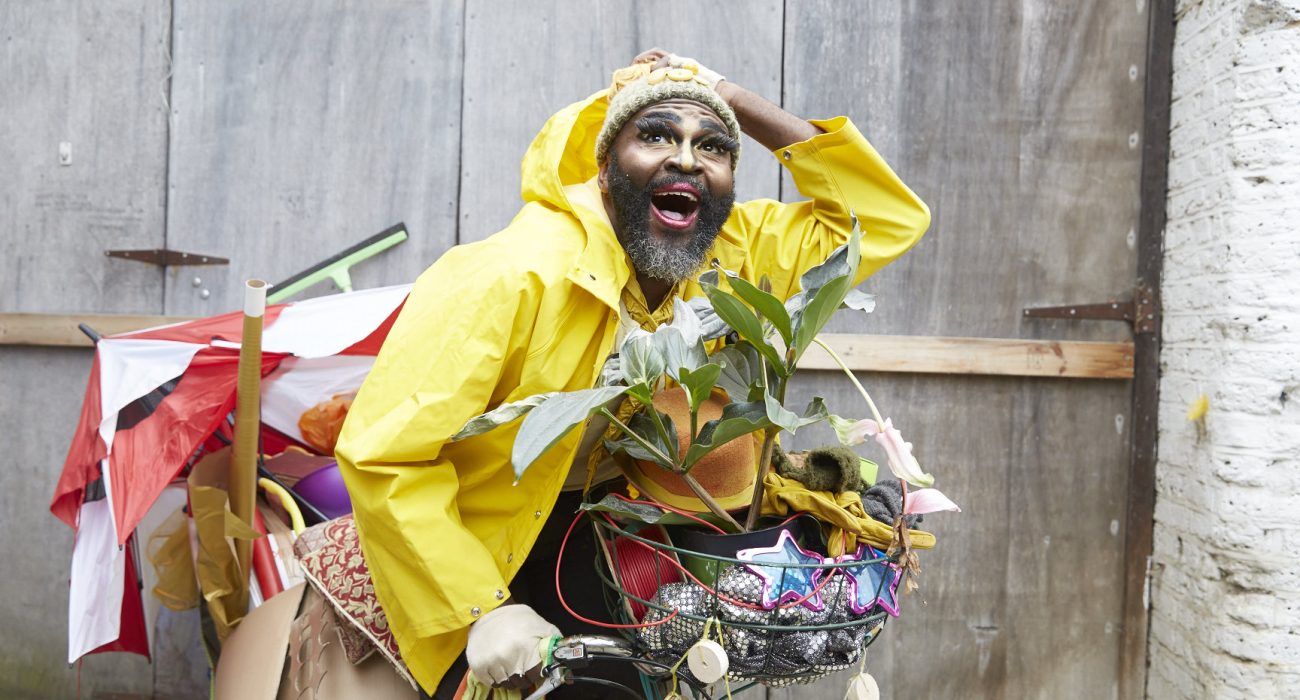 They say that children are true critics. If a show excites them, you’ll hear the giggles of glee and hushed whispers to their friends. However, if something bores them, they’ll have no apprehension in letting you know exactly what they think.

Sitting in Space One at Contact Theatre, I wasn’t surprised by the large amount of young audience members. What I was surprised with, however, was how I was swept along with their genuine laughter and excitement as I was taken on a whimsical, compelling journey about acceptance.

Duckie is a retelling of Han Christian Anderson’s The Ugly Duckling where we follow ‘Duckie’ exploring an animal circus to find a place to belong. Le Gateau Chocolat zips around the stage performing a variety of larger-than-life animals, thrilling the audience with childish antics, and heartily singing Cyndi Lauper’s ‘Girls Just Want to Have Fun.’

Le Gateau Chocolat’s amazing stage presence effortlessly engages with every audience member, young and old. This was complimented with some lovely pantomime-style interactivity, such as silly chants and throwing balls of paper to imaginary circus seals. Le Gateau Chocolat’s abundant energy was successful in bringing to life many exciting and exotic characters, from the muscular lion to the flamboyant flamingos.

It was a particularly impressive feat that the only words spoken are by the disembodied narrative voice or through Le Gateau Chocolat’s beautiful songs, articulating character emotions and plot superbly.

Duckie is a wonderfully fleshed-out character. The outgoing duckling’s obliviousness to his seemingly odd behaviour only adds to the charm exuded in every scene. Le Gateau Chocolat seems to have a personal investment in the character, making the overarching theme of acceptance feel authentic.

The meticulous choices for staging and lighting were also outstanding. The play opens to a dark, gloomy scene, where Le Gateau Chocolat trudges on in rags, pushing a dingy trolley. She then opens a book from her trolley, from which light pours out of and illuminates the glittery face above.

With a magical mood set, Duckie emerges, throwing away the rags covering the stage to unveil suit-cases and lights to which Le Gateau Chocolat performs around. A hula-hoop ring serves as a viewpoint, chapter-checkpoint, and singing space, while an illuminated circular stage gives some interesting levels and helps to create some exciting characters, like casting a shadow for a friendly mouse.

Ultimately, the message is simple — it is fine to be different. I commend Le Gateau Chocolat for teaching children such an important message, especially as it paved the way to challenge discrimination in all its forms.

There were a couple of shortcomings. Timing was a little off in places, and there was a slight danger of the plot becoming repetitive, with some songs seeming out-of-place in the narrative.

Despite this, I will end by referring to the show’s tagline: “Duckie is a show for the entire family, children and the young at heart.” Le Gateau Chocolat’s brilliant performance, innovative use of set, and heart-warming story brought out the child in me, one that was thoroughly entertained by the phenomenal spectacle presented.

Written by Will Vincent