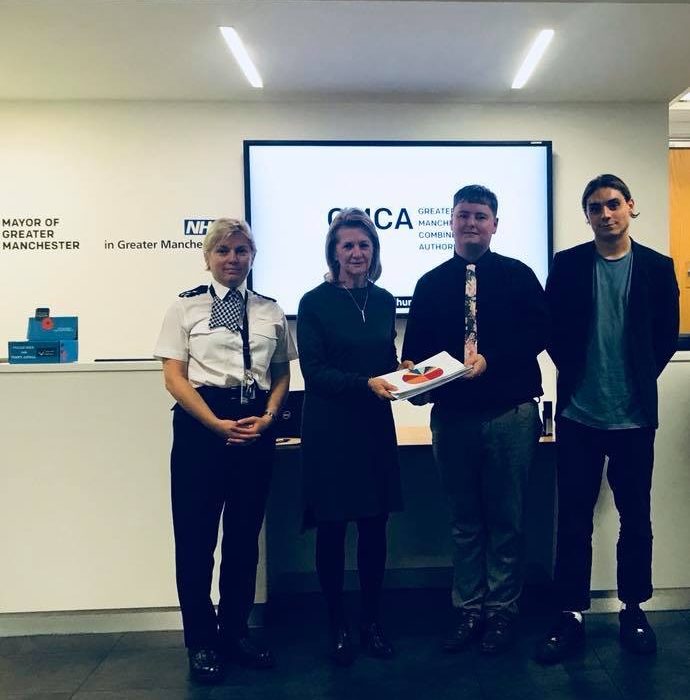 Safety petition to be reviewed by Manchester Council

After five weeks of campaigning, the Fallowfield safety petition was presented to Deputy Mayor Beverley Hughes, representatives from the local council and Greater Manchester Police.

At its close, the petition reached 9,638 signatures. In an interview with The Mancunion, Matt Harvison said “at the beginning, I only thought I would get a few hundred [signatures] at most, but this has exceeded my expectations. I am so over the moon about it.”

When asked how he felt about the petition coming to an end, Matt said: “In a way, I don’t feel it’s come to an end, it’s far from the end. We have facilitated the creation of a big noise. With the backing of almost 10,000 students, we cannot be ignored.”

Community officer Jack Houghton seconded this by adding: “The journey has not come to an end. Change doesn’t happen overnight.”

At the meeting with the Deputy Mayor Matt presented charts and statistics he had gathered from student feedback. The majority of responses asked for police patrols, for less police to be stood at bus stops and for more streetlights. According to Matt and Jack, these ideas received a positive response from the Deputy Mayor.

Volunteer night watches were on the list but received minimal support. Many thought volunteers would simply be put at risk. However, Jack is going ahead with plans for his ‘Night Owl’ scheme.

The project, which has been introduced at several universities across the country, involves trained student volunteers patrolling the streets in Fallowfield. Matt told The Mancunion, “the students union proposed night owl scheme, in my opinion, is a great idea. These volunteers will be trained by the police in self-defence, bystander training and be on hand to students between peak hours for crime in Fallowfield.”

He continued, “this is a plan that will be linked to the police force, with the night owls having a direct line to the police and providing safe spaces in areas that crime is most prevalent according to what students themselves have reported.”

The meeting with the Deputy Mayor is one of many meetings Matt has had since the release of the petition. To raise awareness of the criminal activity in and around the Fallowfield area, Matt has also spoken to BBC Radio Manchester and the Manchester Evening News.

“Even though the petition was made by Matt and he facilitated the meeting, it was students in the end that made all this possible.”

Most of the reports of crime and discussion on the topic took place in the Fallowfield student Facebook group. But after his discussion with Greater Manchester Police Matt has some advice for students. “The police are looking for real concrete evidence and crime figures, I urge any victims of crime to report it to the police. The more real crime statistics they have for Fallowfield the more effort the police will make in stopping criminal activity in the area”.

The message that Matt and Jack want students and residents to take away from this experience is one of determination. Staying engaged and putting pressure on the authorities is the only way that real change will happen.