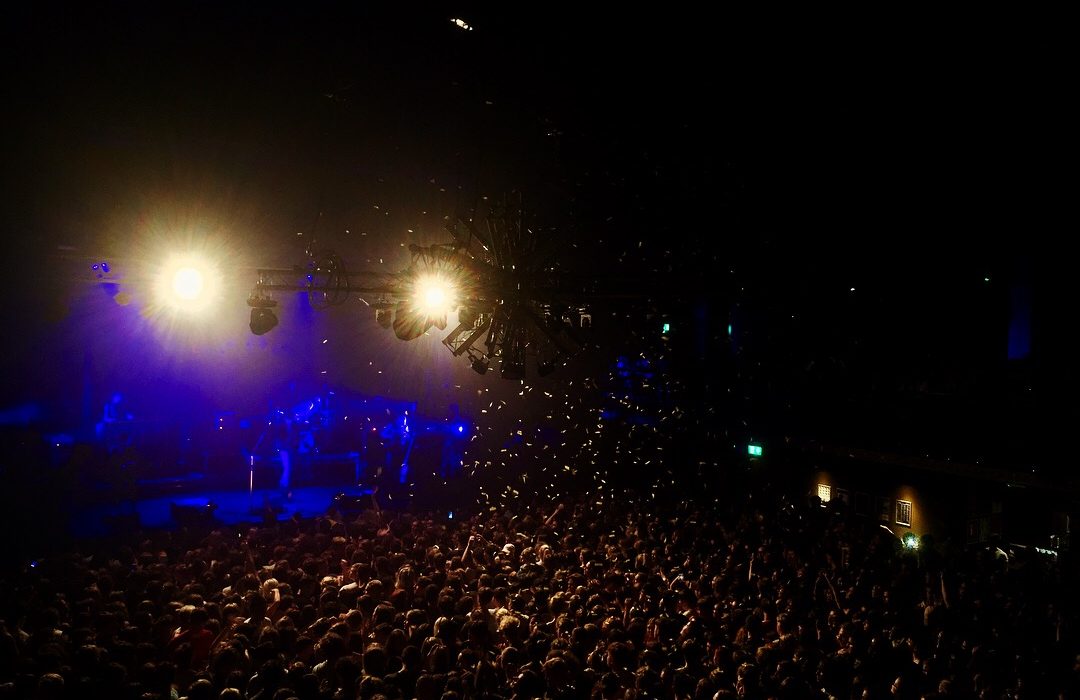 18-year-old indie rocker Declan McKenna performed in Manchester on the 23rd of October as a major leg of his UK headline tour. Only weeks after he surprised many as the secret guest performance at Neighbourhood Festival, the singer-songwriter crossed over Whitworth Street from Gorilla to The Ritz to perform the biggest show of his career.

The queues outside were long and the crowd young and drunk, enough to be jumping around for a rather so-so performance from warm-up act ‘Feet’ at least. An excitable atmosphere stirred up amongst the standing crowd and when Declan finally entered onto the stage, the rest of his band already in full swing, I was left hoping the screams wouldn’t bring down the building around us. He opened straight away hitting the hits, belting out ‘The Kids Don’t Wanna Come Home’ followed by unanticipated album favourite ‘Make Me Your Queen’.

After a few lesser-known songs from his debut album ‘What Do You Think About The Car?’ were swept by (but not quite under the rug), Declan brought the show to a midpoint pique in energy with a forceful, extended rendition of ‘Humongous’ which then flowed seamlessly into ‘Isombard’. It was certainly a live performance, not just a live recreation of the inside of a studio: a facet many far more experienced bands too often neglect. The maturity and creativity required is surely a sign of great things to come.

Ending on ‘Paracetamol’ and then finally, finally ‘Brazil’ were particular highlights: a particularly strong end to the show, each and every lyric roared back from the audience. It’s astounding to think that a song was written and released by someone at the time aged 15 is clearly well-devised enough to still resonate with audiences today, long since its 2014 World Cup-condemning lyrics have lost all temporal relevance. Not only that but, at a pure baseline level, how brilliant a tune it is too.

The set overall was short: the band played only 12 songs including the encore, a rather terse total of little over an hour. This is only to be expected, however, from a musician at the very fledglings of his career. Chosen as Glastonbury’s Emerging Talent 2015, and now just 18 years old, this is a performer touring headline shows around the country after the release of only a single album’s worth of songs. If there was a slight feeling that we were left wanting more, there is surely solace in the thought that that ‘more’ is sure to come: Declan McKenna is a man on the rise.