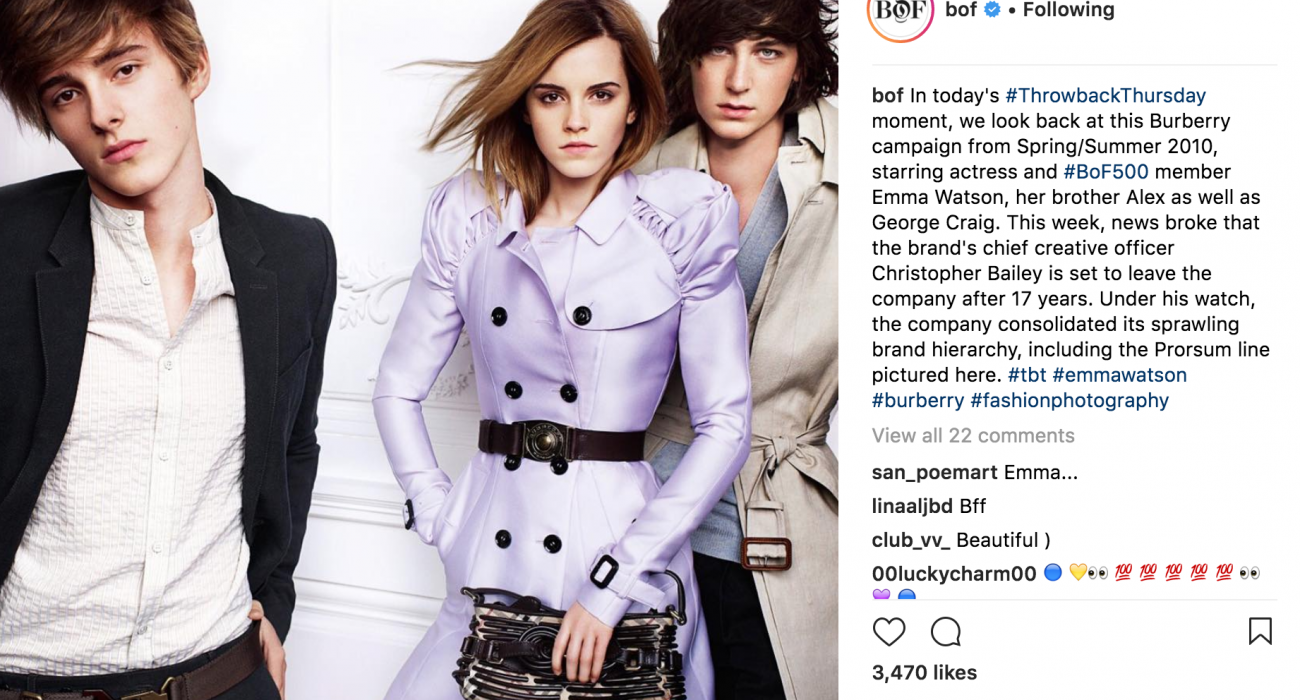 It was announced in October that Christopher Bailey, creative director at Burberry, is going step down after 17 years in his position.  Bailey has been a pioneer of the brands progress, from losing face in the early 2000’s to its’ status today as the pinnacle of British design.

The brand is known best for not only the classic trench-coat, but also for its adoption by the working class as a label in the 2001-2003 period.  When Bailey took over the brand alongside Angela Ahrendts (appointed in 2006), they pulled the brand up and turned it back into a credible, world-wide, luxury brand.

Between 2010 and 2011, the duo had a 27% increase in revenue from the previous year; twice the growth rate of LVMH that same year.  As the only globally recognized British luxury brand at the same level of recognition as brands like Chanel and Dior, there are some big boots to fill before Christopher Bailey officially steps down on March 31st next year.

There is much speculation over who is going to fill these boots, especially over who could fill those boots, especially as Bailey accomplished such a significant amount in the seventeen years he spent working at Burberry.  The Business of Fashion names Phoebe Philo as the most likely candidate due to her work at Céline and her close working relationship with Marco Gobbetti, the brands CEO.  This has been predicted by expert analysts, and many other media sources have pointed fingers at Philo as the possible replacement at the helm of the iconic brand.

Despite the faith so many have in Philo, Rogerio Fujimori, analyst at RBC markets, told the Guardian that he hopes that the brand will not suffer a net loss from this shift in leadership, as he believes it to be a negative change that could reduce the brands “mojo”.

On the other hand, Charlotte Pearce, retail analyst at Global Data, has hopes for the brand if they can find someone who can work “with respect for the brand’s British heritage but who is able to further evolve the label creatively and bring it into a new era,” she said to the Guardian.  It is yet to be decided what will happen to Burberry now both of the power duo have stepped away from it (Ahrendts moved to Apple in 2014).  Hopefully they can manage to keep up Burberry’s inherent British-ness as it moves into a new era.