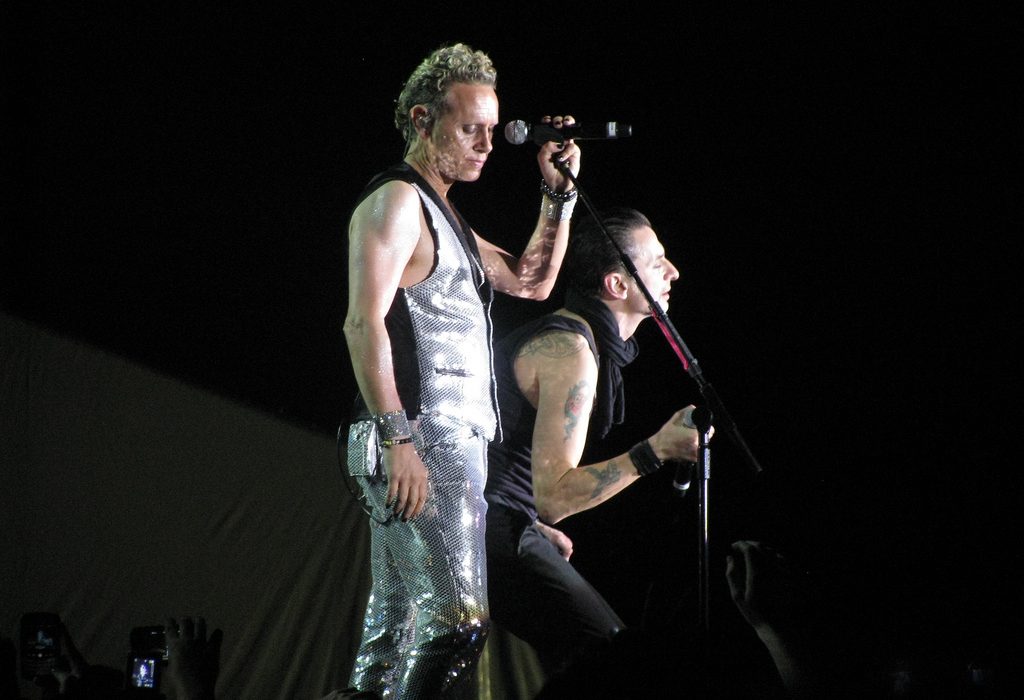 The 17th of November — Manchester Arena

If you look back through music over the past 20 to 30 years there are very few bands that are still together, let alone continuing to bring out new material and continuing to pack out massive arenas all over Europe and the rest of the world.

You could definitely argue the case for Depeche Mode is one of these bands, with the Global Spirit tour proving that this bunch of 50 old-year-olds are still going strong. The Manchester arena was packed out — I won’t lie, I was slightly shocked by this. The even the top tears of the arena were crammed full.

The show began with glorious synth swells, building and building as each member slowly make their way onto the stage, soaking up the applause from the crowd and waiting patiently for Mr Dave Gahan to arrive on centre stage.

If you compared a Depeche Mode performance in the 80s Dave would have been stood rooted to the same spot, clutching the mic stand for dear life hardly moving his body or his eyes. Flashback to tonight and with an almost Mick Jager performance in his trademark sparkly waist coast. It is almost hard to believe its the same person!

They began the set with ‘Going Backwards’, slowly breaking the audience in with a song from there last studio album Spirit, followed by ‘It’s No Good”. The soaring lead synth line filling the room with electronic nostalgia. The audience singing every word along with the band as if it was the last gig they would ever be going too.

The 20 song strong set list spanned all 3 decades of their work, looking incredibly well rehearsed, sliding seamlessly from one song into the other. The band themselves enjoying every single note of every single song — or at least it looked that way.

I was also pleasantly surprised when they began to play a personal favourite song, ‘Stripped’, which when I checked the setlists from other shows hadn’t been played yet on the tour.  The arena all standing sombre singing the almost twisted love song back to the band. This was followed by arguably the bands biggest hit to date,  ‘Enjoy The Silence’.

I take my hat off to Depeche Mode, to still be performing writing and growing their fan base still after 30 years is a testament to themselves and the work they put into there live shows. Even if Martin Gore isn’t the most convincing of guitarist, the band, on the whole, were flawless.