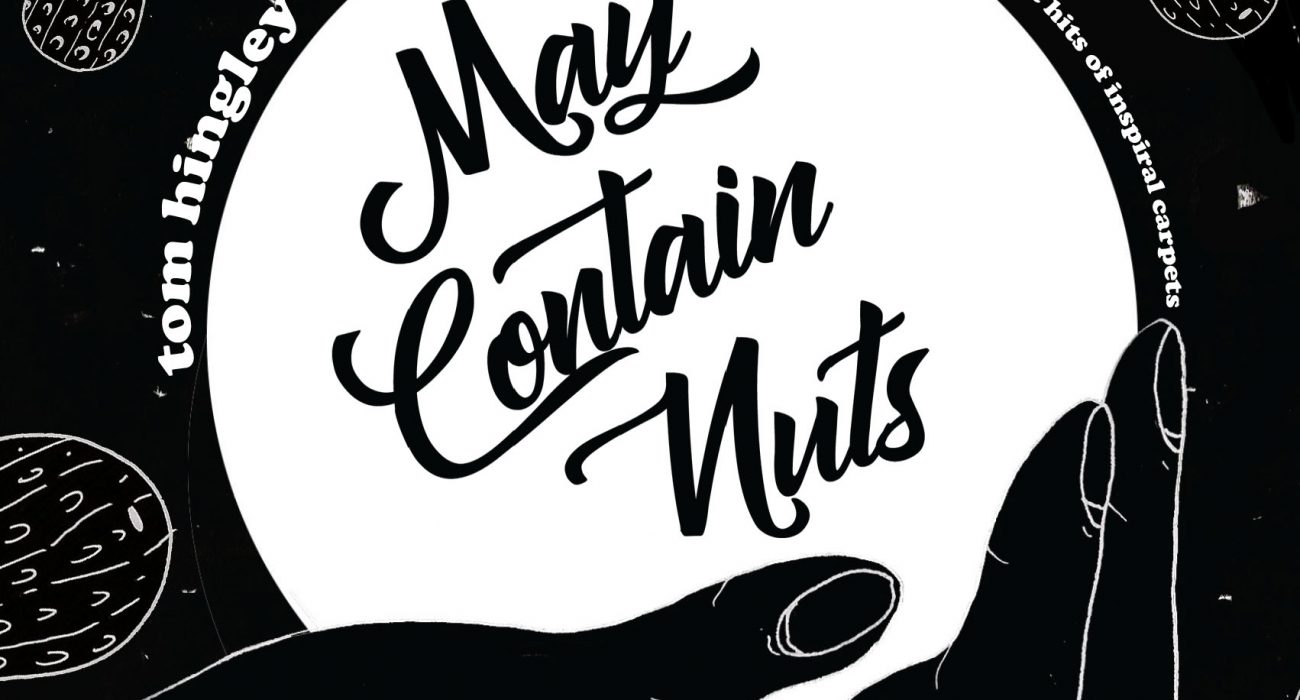 Much loved songwriter, former Inspiral Carpets icon and one-of-a-kind eccentric: Tom Hingley is back with an exclusive new live album and DVD of performances with his outstanding current outfit, The Kar-Pets. The Kar-Pets are a tribute band, paying homage to the organ-crazed pop smashes of Inspiral Carpets.

Fronted by the former voice and creative force of the Inspiral Carpets himself, Tom Hingley, ‘May Contain Nuts’ is a live multimedia DVD/CD filmed live at Manchester’s Ruby Lounge in April of last year. Tom Hingley was the lead singer for the most commercially successful period of Manchester trailblazers Inspiral Carpets’ career, and we were lucky enough to chat to him about why it’s so important to keep the music alive.

So, not the most conventional tribute band…what made you want to front a group covering your own songs?

It’s an opportunity to play those songs. There’s no-one else who can sing those songs the way I did, so there was a gap in the market for us to keep the music of Inspiral Carpets going.

What prompted you to release a live version of the album of the tracks?

Well, it was for two reasons really. It was filmed in April of last year at a gig at the Ruby Lounge in Manchester, and the band at that point had only been together for about two months, so it was early on and we didn’t know if anything would come of it. It’s taken until now to get it released. Firstly it was an opportunity to make ourselves better musically, to work harder and play better, but also it was a chance to create a historical artefact or record of the tunes.

Have you got an expectation of how it will be received?

Well, there’s only 1000 copies of the CD and DVD digipack, and we’ve got to sell 800 just to break even. So it’s a labour of love. My daughter Sarah has been studying illustration at Kingston Uni and she’s done the artwork for it, so that’s special. Yeah, it’s not something that needs to make a big impact, it’s more of a collector’s item, just a limited edition thing for the fans.

Do you stay quite true to that synthy Carpets sound, or mix it up for a contemporary audience?

No, we stay very true to the Inspiral Carpets sound, because it’s about recreating that music and keeping the songs alive. It’s probably a bit rough around the edges on the live album – like I said we’d only been together for about two months when we did the recording. If anything our sound is a bit punkier than original Carpets stuff, but we try to keep it the same.

Was it important to make the recording a Manchester gig?

We thought it would be a busier concert and a better atmosphere to record in Manchester. Ruby Lounge is a great venue and it was full, and we’ve got another show on Thursday at Night and Day in Manchester, so you should come down to that if you get chance. I’m playing with my band, the Tom Hingley Band at 8 pm, and the Kar-pets will be on later.

To be honest I don’t listen to much contemporary music. My niece is in a band at the moment — False Advertising — and they’re doing quite well, been played on the radio, supported Everything Everything and stuff. But in terms of what I listen to, at the moment, I tend to be into older funk musicians or old country stuff. I recently lost a lot of weight so I would listen to music in the gym, but yeah, not really into many new rock bands.

Noel Gallagher was a roadie back in the day for you…have you given his new album a listen?

You know I haven’t listened to any of it. I’ve heard one single I think, ‘Holy Mountain’, and the video seems to pay homage to ‘Saturn 5’ by Inspiral Carpets. If you’ve seen it you can spot the similarities. But loads of music samples older stuff — when you’re a singer you can really hear it. What’s Noel’s album like then?

Yeah, he’s probably taken samples and inspiration from older stuff. Like I said I don’t listen to much new stuff, but I’ll have to check it out.

What’s next for you and the Kar-pets?

Well, there will be more gigs next year. We’ve made quite a name for ourselves on the live circuit, played a few festivals and headline shows. So yeah, more gigging for Kar-pets. There’s also my three-piece band, and we’ve got a new release called ‘I Love My Job’, which is quite punky and coming soon. I don’t think I’ll be doing any more recording next year though. I’m also working on a book, but I can’t tell you what that’s about just yet…

Well, we look forward to it Tom, and thanks for giving up your time today.

Thanks for chatting to me!

You can catch the Tom Hingley Band and Tom Hingley and the Kar-pets at Night and Day on Thursday 30th November.