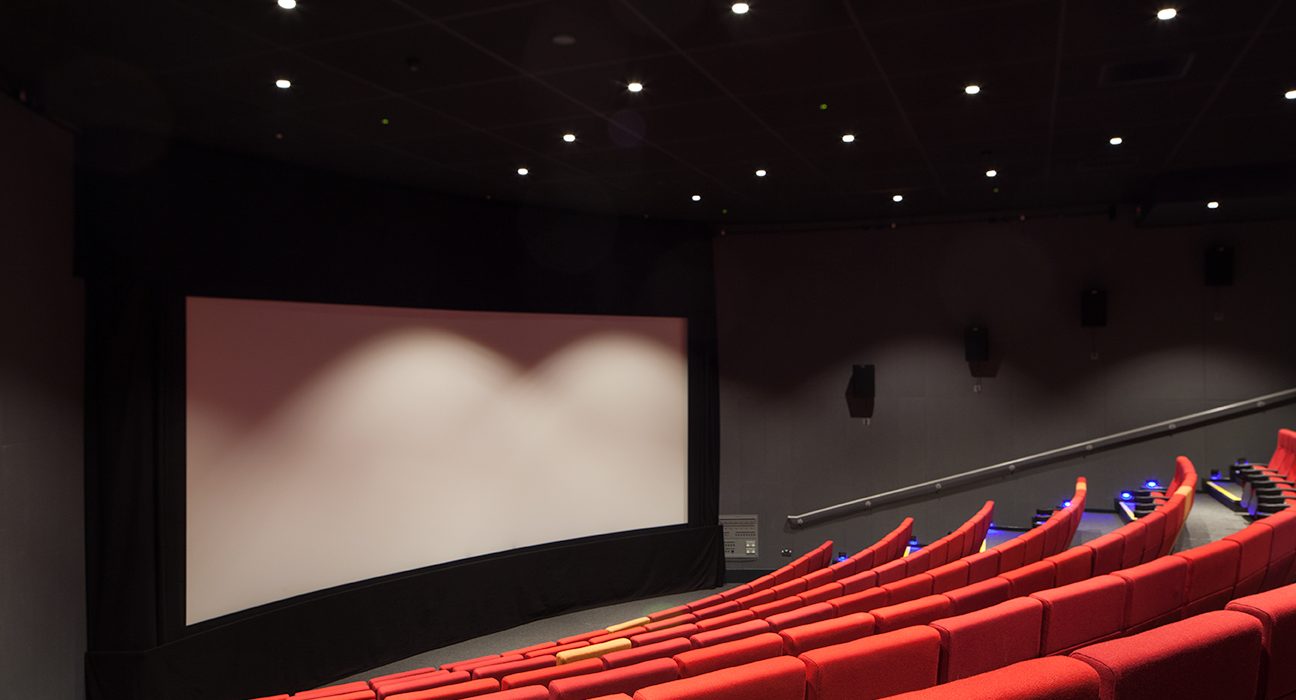 If you knew where it would end, would you ever begin?

Split into two halves, Brakes follows the tumultuous stories of nine couples, plunging straight into the brutal and absurd endings of their relationships before travelling back in time to the moment when the spark of love between them first emerged. Shot in a loose, improvisatory style, the film features an array of contemporary British comedy talent.

Michael Haneke revisits familiar ground with some brilliance in Happy End, a portrait of a bourgeois Calais family with a number of skeletons loudly rattling around in their closets. Other familiar Haneke preoccupations recur including the nature of evil, race, death and the role that technology plays in our lives. It’s elegantly done with Huppert and Kassovitz both excelling in an ensemble cast that also welcomes Toby Jones.

Endangered species like elephants, rhinos and lions march closer to extinction each year. Their devastating decline is fueled by a global desire to kill these majestic animals for sport. Trophy investigates the powerhouse industries of big-game hunting, breeding and wildlife conservation through their eyes of impassioned individuals who drive them.

From an American trophy hunter to the world’s largest rhino breeder in South Africa, the film grapples with the consequences of imposing a cash value on animals. What are the implications of treating animals as products? Do breeding, farming and hunting offer some of the few remaining options to conserve animals. In Trophy‘s richly cinematic safari, anything is possible, and nothing is as you would expect.

Battle of the Sexes

Following the recent documentary by James Erskine and Zara Hayes, Dayton and Farris (Little Miss Sunshine) recreate the legendary 1973 tennis match that pitted Billie Jean King against the boorish Bobby Riggs. Featuring Emma Stone and Steve Carell in the central roles, the film succeeds both as a comedy but more importantly also as a commentary on sexism from a historical and contemporary perspective.

George Clooney returns to the director’s chair and re-teams with Joel and Ethan Coen — as co-writers — for this dark and complex tale of very flawed people making very bad choices in a seemingly idyllic 1950s community. With a cast including Matt Damon, Julianne Moore, and Oscar Isaac, Suburbicon has the look and feel of a Coens movie and doesn’t skimp on the irony.

Frankie, an aimless Brooklyn teenager is having a miserable summer. With his father dying and his mother wanting him to find a girlfriend, Frankie escapes with his delinquent friends and flirts with older men online. When his chatting and webcamming intensify, he finally starts hooking up with guys at a nearby cruising beach while simultaneously entering into a cautious relationship with a young woman.

Annette Bening and Jamie Bell star in this adaptation of the memoir by British actor Peter Turner, recounting his romance with the legendary — and legendarily eccentric — Hollywood star and film noir stalwart Gloria Grahame during the later years of her life. Detailing a trail of broken marriages and affairs, the film also offers a look at the underside of stardom.

Steven (Farrell), an eminent cardiothoracic surgeon is married to Anna (Kidman), a respected ophthalmologist. They are well off and live a happy and healthy family life with their two children, Kim and Bob. Their lives take a darker turn when Martin (Keoghan), a fatherless youth with whom Steven has a strained friendship ingratiates himself further into the lives of the family. Lanthimos’s follow-up to The Lobster is a brilliantly realised, Kubrickian look at human behaviour.

Saturday the 2nd of December — Eglantine

Directed by Margaret Salmon — Rated U

Eglantine is an intimate and vivid account of a young girl’s real and fantastical adventure in a remote forest one evening. It’s not only a loving homage to classic children’s films such as Ray Ashley’s Little Fugitive, Jean Renoir’s The River and Albert Lamorisse’s The Red Balloon, but draws from nature studies of the past, such as Mary Field’s Secrets of Nature series.

Shot on 35mm in various locations around Scotland, this film draws inspiration from a range of cinematic movements as well as wildlife documentaries to produce a lyrical and sensual portrait of a child’s eye perspective on the natural world.

After the screening, we will be joined for a Q&A with director Margaret Salmon and Chris Paul Daniels, Lecturer in Filmmaking, at Manchester School of Art, MMU.

Saturday the 2nd of December — Stand in the Stream

Stand in the Stream is an ambient, narrative, digital film that follows perspectives of a subjective body in time, family, community, work, action and in the daily mundane. Kahn’s most ambitious and complex filmic work to date, it layers a dizzying multitude of facets into a roaring and deeply moving visual opera that pays homage to life and the inevitability of time. History here is speeding and dynamic, a storm to be watched and catalogued, even while it resists categorization, soaking and tearing the notes.

Shot over the course of six years, Stand in the Stream was made using multiple video devices — from cell phones to point-and-shoots, spy and POV cams, large format HD and webcams, and real-time screen recordings of live streams, but contains no found footage.

Driven by its images and sounds — a multiplex of information from Kahn’s indexical collection of footage — the film braids threads of narratives in relation to change: the deterioration of the artist’s worker/activist mother, Kahn’s own role as a mother, and the shifting demands, tactics and digital visibility of resistance movements across the globe.

Sunday the 3rd of December — The Flight + Intro & post-screening discussion

Directed by Roland Graf — Rated 12A

One of the final films made in East Germany featuring the great actor Armin Mueller-Stahl – he would later memorably link up with Costa-Gavras in the US for Music Box (1989). In The Flight, he plays a doctor who, when he dutifully follows procedure and applies to travel outside the GDR to attend a conference, is refused permission. Dismayed by the state bureaucracy, he becomes involved with an underground network who promise they can get him out of the country. Given it was made in the East, all does not go to plan.

A piece of British music history comes to the big screen in Mat Whitecross’s outstanding biopic of punk and New Wave icon Ian Dury. Starring the ever-impressive Andy Serkis as the flamboyant and unforgettable musician.

A West German-US co-production shot mainly at the Bavaria film studios, this neglected work is one of Robert Aldrich’s best films. It is driven by a wonderful performance from Burt Lancaster who plays a renegade US general disillusioned by his country’s involvement in Vietnam and aware of a top secret document that acknowledged the war could not be won. To try and make the powers that be reveal the document to the public he hijacks a nuclear silo and threatens to launch a series of bombs. Utilising split screens to great effect, this is a taut political thriller of the highest order.

This screening will be introduced by Andy Willis, Professor of Film Studies at the University of Salford.

Directed by Jennifer Brea — Rated 12A

Jennifer Brea is working on her PhD and months away from marrying the love  of her life when she gets a mysterious fever that leaves her so ill she becomes bed-bound. Disbelieved by doctors  and determined to live, she turns her camera on herself and her community, a hidden world of millions confined to their homes and bedrooms by Myalgic Encephalomyelitis.

This screening will be followed by a panel discussion featuring actor and disability campaigner Melissa Johns, activist and lecturer Denis Queen, and actor Natalie Amber.

Shot in secret entirely within the Hasidic community depicted in the film, and one of the only movies to be performed in Yiddish in nearly 70 years, Menashe is a warm, life-affirming look at the universal bonds between father and son that also sheds unusual light on a notoriously private community. Based largely on the real life of its Hasidic star Menashe Lustig, the film is a strikingly authentic and deeply moving portrait of family, love, connection, and community.

We will be joined by director Joshua Z Weinstein and star of the film Menashe Lustig for a Q&A following this preview screening.