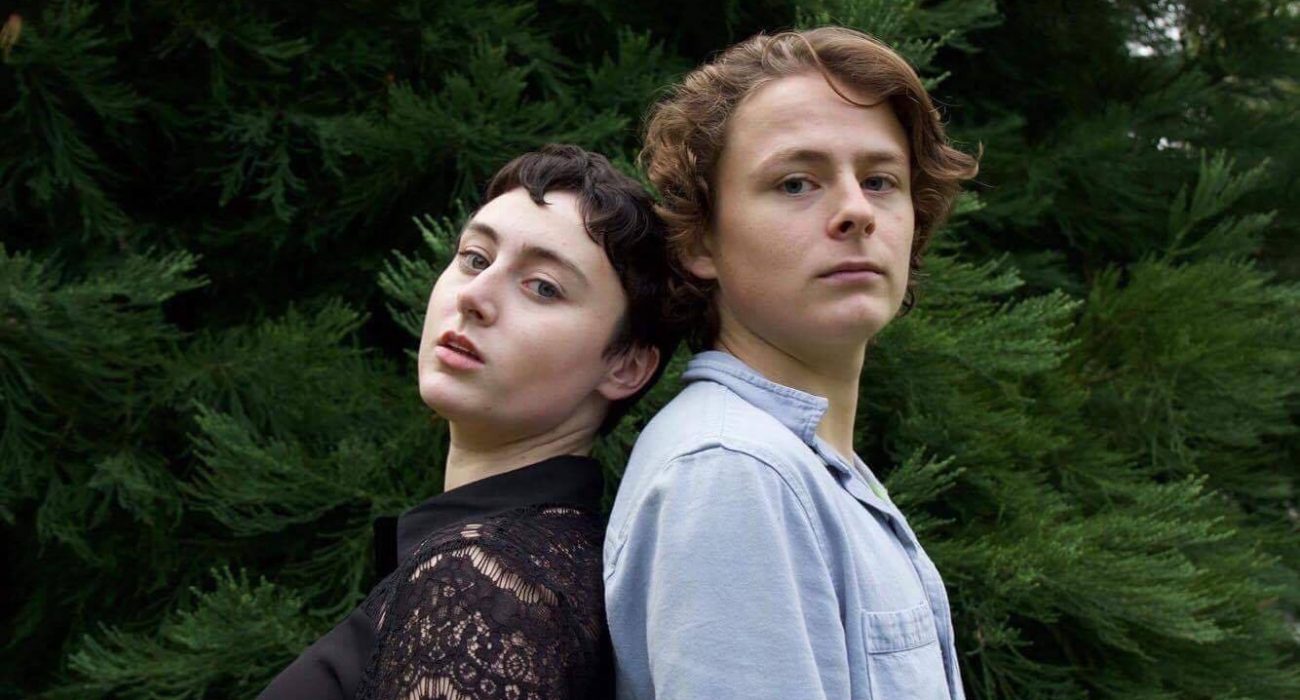 On Friday 24th November 2017, I made my way down to the alternative and funky 3 Minute Theatre in Affleck’s Palace. The space was perfect for demonstrating the claustrophobia suffered by the two main actors in Returning; Jo, played by Jenna Brannock, and Michael, played by Rory Greenwood. The intimacy of the space allowed for the audience to feel submerged into the lives of the wounded soldiers; rather than mere spectators, we felt more like friends seeking the recovery of both Jo and Michael.

In particular, in a scene with Michael describing one of his day to day struggles to integrate himself back into mundane tasks of just watching a film with his roommate, Rory delivered a powerful punch as he fully engrossed himself in the mental confines of a soldier suffering from PTSD.

Rory’s passionate delivery included a strained ability to move as if paralysed from the terrible nightmare of recollecting the horrors of war. During this process, the powerful enunciation of his monologue left me soaked in his spit, which I could not have been more pleased with! The stellar performance and dedication to research of his character was shown all the way throughout the play with his in-depth characterisation.

In addition, his co-star Jenna Brannock was particularly astonishing in showing the suffocation faced by war veterans by family members once they come home. Jo’s mother, played by Nell Gordon-Hall, deserves an honourable mention for her perfected performance of a character who epitomised all things motherly, the portrayal of desperate concern for her daughter’s well being felt sincere.

Even though the audience could sympathise with Jo feeling overwhelmed by her mother’s concern, we could easily tell that it came from the heart, once again highlighting the complications of relationships after one has suffered through something as life-changing as war.

Jenna also gave a moving performance during a scene where she was surrounded by three tall dark figures, who seemed to be moving Jo from one situation to the next at a fast pace. The director, Kat Humphrey, did an amazing job in creating further claustrophobic environments to represent a mental enclosure for Jenny’s character in which, by the end of the scene, she was left wheezing and sputtering, feeling as if she was suffocated by her memories and her inability to integrate back into society.

Another honourable mention to Felix Firth who played Michael’s roommate Dave — he delivered a worthy contrast to the emotion turmoil suffered by the main characters as he also showed the suffering felt by those who do not suffer the scars of war but just the scars of life, through playwright Jade Fox’s poetic and beautiful analogies of Dave’s wife.

These would start off as comedic but always took a dark turn to show the realities of a broken down marriage. At points they showed the toxic nature of masculinity that Dave suffers from, thinking it’s not ok to share his problems because ‘[he is] a man,’ once again reiterating the importance of mental health and speaking about how we feel.

The music and lighting were both spectacular in creating the desired effects on the audience: from the blue lighting during the non-naturalistic scenes between the two main characters that reminded me of someone drowning at sea, to the beautiful juxtaposition delivered by the music of Oscar Ogden on the drums, playing patriotic war songs that contrast with the terrible accounts of war from each character.

Returning was an exquisite piece of reality for many soldiers living through these problems today and it left the audience thinking of how we can help solve these issues to help those who fight to help us everyday.

Returning was the second play in the Drama Society’s Autumn Season. Tickets for the remainder of the season can be purchased from here.