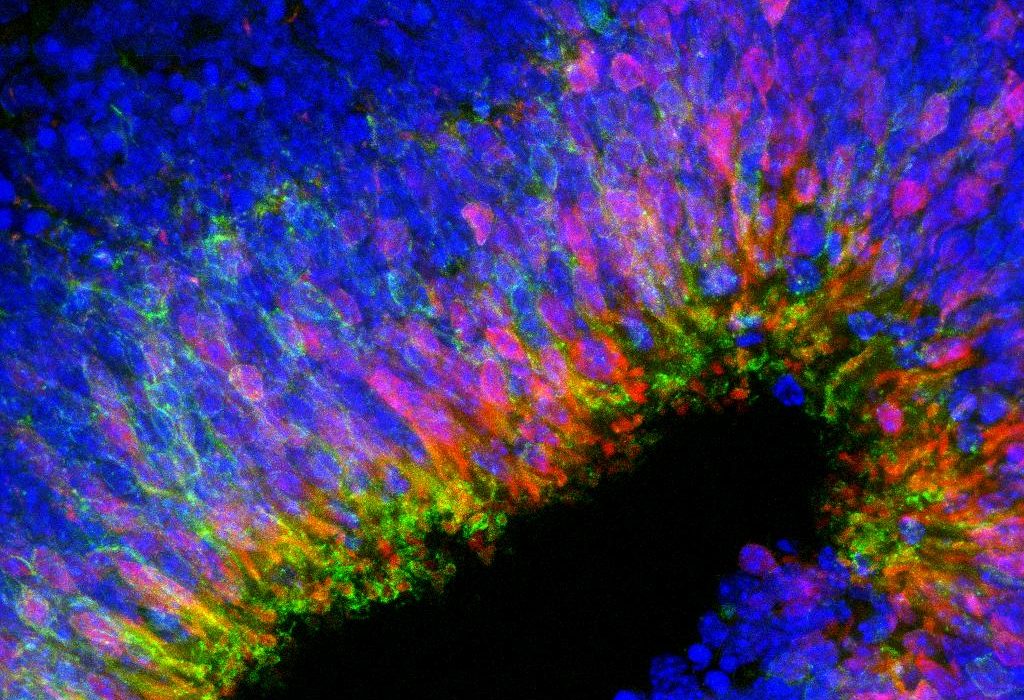 The team, led by Professor Brian Bigger, are hopeful that their groundbreaking new stem cell gene therapy for the terminal disorder Sanfilippo can transform the lives of children affected, and potentially lead to the treatment of other neurodegenerative disorders.

The four types of Sanfilippo syndrome, A, B, C, and D, are caused by the inherited lack of a key enzyme in the central nervous system, resulting in the accumulation of waste in the brain which causes progressive damage that begins as hyperactivity and leads to loss of speech and cognitive skills and seizures.

“The brain is the most affected organ in children from around age 2,” says Bigger, “with progressive dementia-like symptoms, hyperactivity, eventually ending up in a wheelchair, and they usually die in their late teens. There are no treatments.”

The promising therapy for Sanfilippo was developed in the Stem Cell and Neurotherapies Laboratory, where Professor Bigger and his team have been researching stem cell and gene therapies for neurological diseases for over ten years. The therapy involves removal of the patients own stem cells and the insertion of a working copy of the gene into these cells, which can then be transplanted back into the patient’s body.

“My team has been working for many years to develop treatments for rare lysosomal diseases that affect the brain, including Sanfilippo disease… We recently showed that a stem cell gene therapy approach, which is basically replacing the missing gene in a patient’s bone marrow and re-transplanting it, could treat the brain disease in mice with Sanfilippo type A and most recently Sanfilippo type B.

“Neither therapy could have been developed without testing in mice to show that the therapy works, as this is required by the clinical regulatory agencies, including the MHRA.”

Biotechnology company Orchard Therapeutics, who work closely with the University of Manchester, has acquired the exclusive license for the therapy meaning it will be able to be used to treat patients with this devastating disorder in the near future.

Dr Jesus Garcia-Segovia, Orchard’s Vice President of Clinical Development, CNS and Metabolic Disorders commented: “We are very excited at the possibility of bringing effective treatments capable of addressing the high unmet medical need in children suffering from these devastating conditions.”

Following the first ever attempt at another form of gene therapy — editing a gene inside the body — that took place in California earlier this month on a patient with Hunter Syndrome, promising advances are being made in this field, with many of them stemming from right here in Manchester.