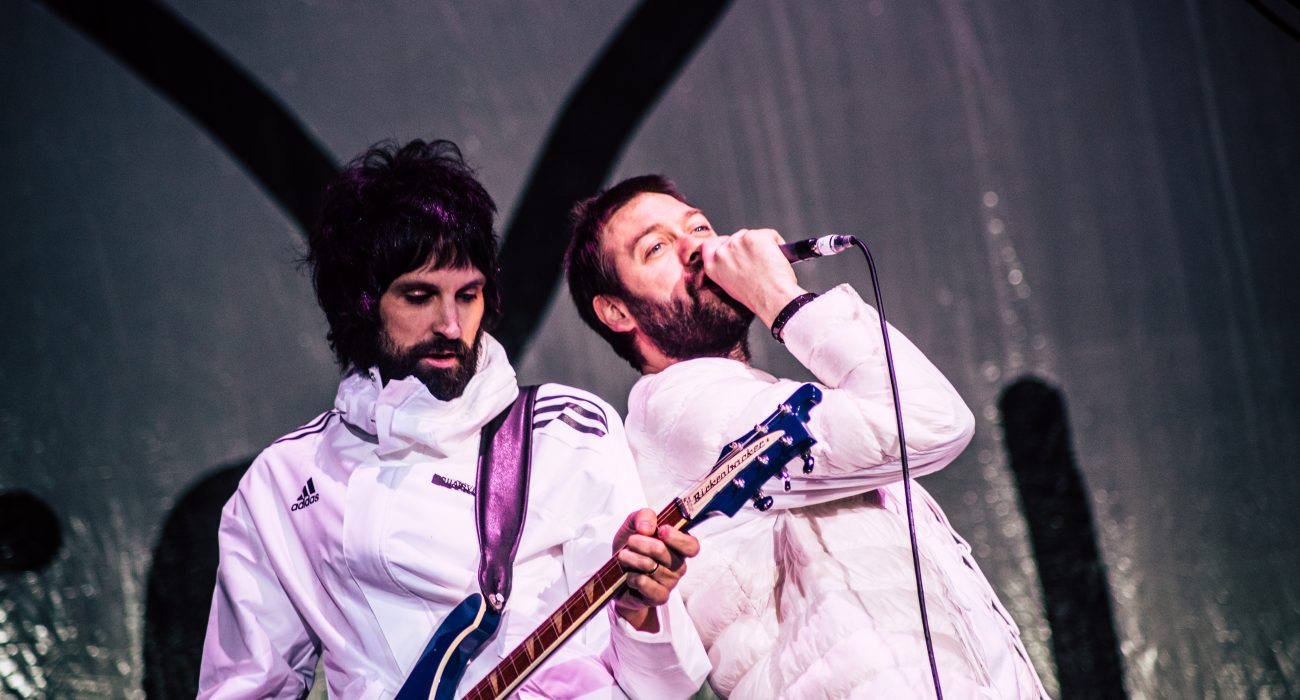 There are not enough words to justify or even quite describe just how powerful the atmosphere was in Manchester Arena this night. The Leicester-based five-piece really only have one goal when they perform, and that is just to give it absolutely 110 per cent and  blow you away with the sheer power and stage presence they possess.

Not many bands can boast a set list like their’s. Each song set off a fresh flood of cheap thrills, the set ranging from timeless classics such as ‘Underdog’ and ‘Re-wired’ to material from their new album Crying Out Loud like ‘Bless This Acid House’ and ‘Comeback Kid’. The start of each track felt like a new event, even less popular songs causing a tangible buzz – a hard feat to achieve. But with a music career spanning over 13 years and six albums worth of recordings, it’s hardly surprising.

Mid-Show, they announced their love for the city, claiming many people think they’re from Manchester because of the absolutely overwhelming reaction from the city, to which the audience roared in reply. “Manchester, this is the reason we do this!”, shouted Sergio Pizzorno.

His effortless cruises through masterpiece tracks (‘Treat’, ‘Shoot the Runner’) combined with Tom Meighan’s crude, one-of-the-lads command of the set list was a fiery combination, and it was clear darker themes from the new album meant a lot to them. ‘L.S.F.’ and ‘Vlad the Impaler’ were extraordinary moments, the crowd physically bouncing to the contagious beats. ‘Put Your Life On It’ was a particularly emotional stand-out, whilst ending with ‘Fire’ seemed more than appropriate as the enthusiasm continued to burn long into the night.

It’s been said many a time that Kasabian are the kings of live music and Manchester witnessed a flawless, out of the box spectacle. To see crowds of people genuinely dancing to guitar music gave their performance a sheen of retro hedonism and made it much more than a gig. It was a bloody good party.