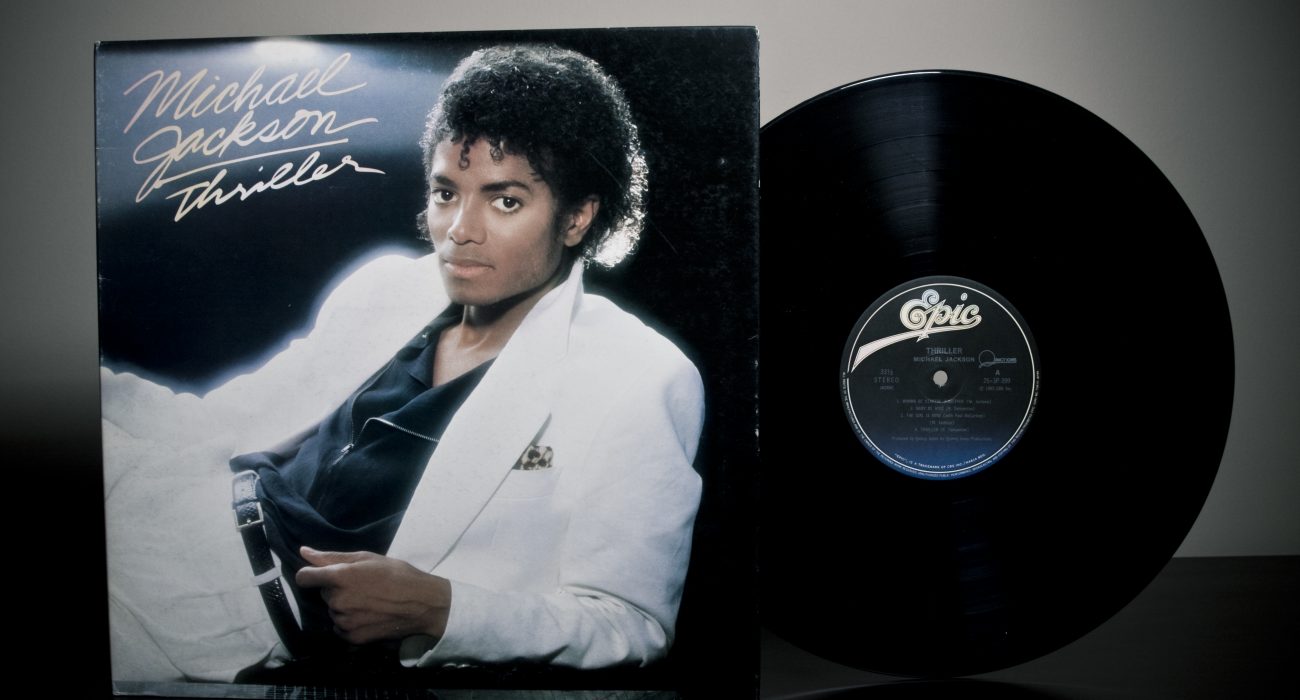 It’s been 35 years since the best-selling album of all time was released.

Michael Joseph Jackson was only 24 years old when he released an album that even he would never top, back in 1982. Thriller has reached sales of over 66 million copies making it the first ever record to be certified as 33 times multi-platinum. Seven of the singles from this album reached the top 10 and the album won eight Grammy Awards. Each track can be seen as a key track with ‘Thriller’, ‘Beat It’, ‘P.Y.T’ and ‘Wanna Be Startin’ Somethin’ just to name a few.

The nine-track album has a lot of influences from pop-culture and society at the time. The track list covers a list of issues like anti-gang-violence to international love. This record also saw Jackson’s style grow from dance to more funk and pop influences and with the help of producer Quincy Jones, who brought a lot of know-how which worked well with Jackson’s avant-garde style of recording. Jackson sang a lot of his songs from memory when recording and is noted to have never written down a single lyric for this record.

This record changed a lot in the music industry. It broke a lot of barriers that blocked Jackson over his race. Before his album release, he stated “I’ve been told over and over that black people on the cover of magazines doesn’t sell copies… Just wait. Someday those magazines are going to be begging me for an interview.”

This album allowed him to meet President at the time, working with white musicians like Paul McCartney and use a music video on MTV (which he struggled with before). This 14-minute video for title-track ‘Thriller’ was the kind of thing that kids stayed awake for, just to see the first viewing. Eventually, the video had to be shown twice an hour on MTV, just to meet public demand. The struggle that Jackson dealt with at this time is arguably what allowed other artists like Prince and Lionel Richie to get more recognition.

Jackson really had no idea what he was starting with the release of this album, and it is something that remains with us today, not only because it is nostalgic but because the music is still meaningful in today’s time.