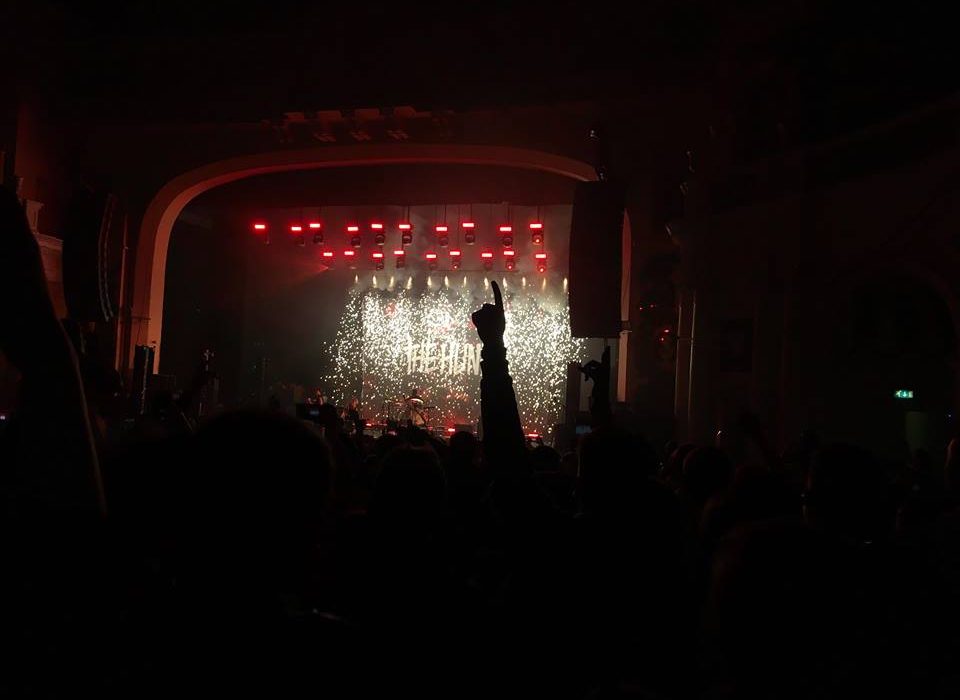 The last show of their biggest UK tour yet, The Hunna walked out to a sold out Brixton Academy last Saturday. Screaming fans greeted the four lads from Hertfordshire as they ran on stage for “the best night of their life”, as voiced by energetic front man Ryan Potter (also known as Valentino).

Breaking into their new release ‘Summer,’ at odds with the freezing cold weather, fans belted out the lyrics, setting the scene for a noisy evening captured by the chant, “We’re so loud, can’t turn us down” sang in their unreleased ‘You Don’t Want It With Me.’

Frontman, ‘Valentino’ told the story of seeing his favourite band You Me At Six years before at the age of fifteen with best friend and lead guitarist Dan Dorney (also known as BD 100). They couldn’t believe that now they were playing at the notorious Brixton Academy.

The rockers closed with a fan favourite, ‘She’s Casual,’ before returning for an encore wearing matching jackets spelling “DARE”, the title of their upcoming album set for release on 25th May.

The band topped off the night with their number one single ‘Bonfire,’ met by flames and smoke to match the lyrics. A great first gig of 2018.

The Hunna now travel to Australia ahead of their album release with friends Coasts who also supported the shows in the UK. Good luck guys!