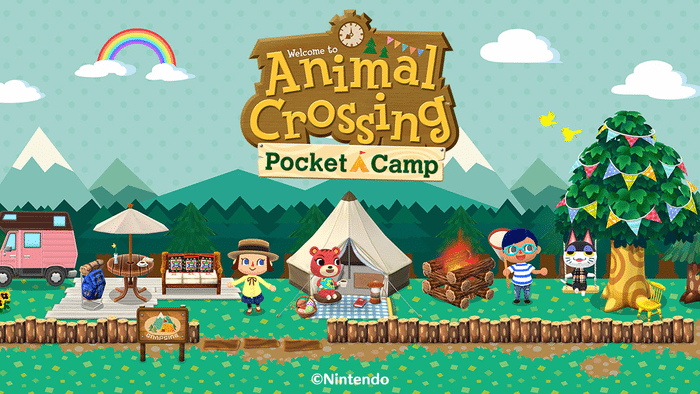 Back in 2006, Animal Crossing: Wild World was released — the first time I devoted an unhealthy amount of hours to a video game. I promised my nine year old self that I would never again fall into the trap. And look where I am now. Then in 2012, when Animal Crossing: New Leaf was released, I promised myself that I wouldn’t spend more hours playing than revising for my GCSEs. And look where I am now.

On the 22nd of November 2017, Animal Crossing: Pocket Camp was released. A follow up to New Leaf’s update last year, which was to include a campground within their game, and at first I was excited for this game.

Like the majority of previous Animal Crossing releases, you start the game by creating your character and finding out that you’re in charge of something — in this case a campsite — where your task is to try to get as many visitors as you can by befriending them with gifts of fruit, fish, bugs, and sofas — the usual stuff.

From this point on, you are constantly levelling up, trying to finish your goals in order to receive crafting items, trying to level up your tents, and fulfilling all the typical tasks you would expect in a free-to-play mobile game such as this. A formula found in abundance across the mobile market, most notably in games like Clash of Clans and Pokemon Go.

In the past, such games that lack a narrative like this and expect you to carry out the same tasks everyday would bother me, but then I found my nine-year-old self saying “Keep tapping the sea!” or “No, you are enjoying this!”

Whilst I was enthusiastic about this game at the start, I was aware of some problems. For starters, I opened the app to collect my daily rewards, and then checked the map to see what items I needed to collect for each animal. After helping one of the animals enough to reach a high level with them, you can’t just ask them to visit the camp. No, no, that’s not how it works. You need to craft at least four different furniture items for them to even agree to move in.

Then after a week I just stopped playing. Full stop. You find yourself stuck in a cycle, doing the same tasks every time you open up the game.

This is exactly what I expected, but I was still disappointed to find Animal Crossing — a game developed by 2017’s good guys, Nintendo — still reliant on a decade old model that uses tedium and repetition to encourage you into making in-app purchases to alleviate the boredom.

Whilst you can argue that the Animal Crossing series has always been about repeating the same tasks daily, it feels all too familiar in a market saturated with such games. Whenever I try to look in the mobile market for a game that I can commit to in my free time, I am greatly disappointed by the saturation of microtransactions.

At this stage my enjoyment of mobile gaming is slowly declining, and with the Harry Potter Mobile RPG being released in Spring 2018, I am not as excited as I should be, especially given the confirmed inclusion of in-app purchases.

I find myself asking the question of whether I’ve grown tired of this mobile gaming model, or whether playing this childhood favourite as an adult has shattered my nostalgia, making me realise how monotonous it has always been. Or perhaps it is the abundance of such practices in mobile gaming that has helped me realise this monotony. It may just be all these points combined. It certainly seems that way.