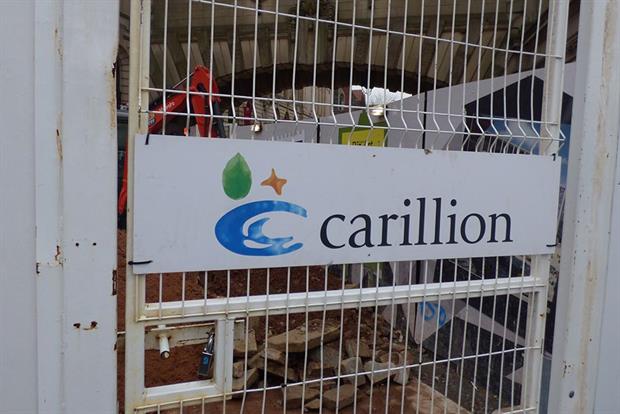 Carillion’s liquidation is disturbing for many reasons

Carillion, one of the government’s largest contractors and the UK’s second largest construction company, was forced to go into liquidation early last week with less than £30m in remaining cash and over £2bn in liabilities.

The fallout has been devastating, not only was Carillion a multinational behemoth but it had been responsible for hundreds of vital government services. Even though the jobs of those working in public services are protected under the government’s Insolvency Service, the estimated 8,500 individual livelihoods of people working within Carillion’s private-sector are now under threat as well as the millions of pounds Carillion owed to hundreds of subcontractors and smaller businesses now left in severe financial uncertainty.

The Carillion case clearly demonstrates that conventional models of free market regulation are grossly insufficient. The costs of failure for large corporations is at odds with fundamental socio-economic rights of people due to the integral function they play in the economy or by the nature of the services they provide. When the collapse of Carillion put thousands of jobs at risk and disrupted important public services, it rightfully prompted a much-needed revision to the UK’s Corporate Governance Code which questioned why things had gone so disastrously bad when Carillion, in many ways, was a model of good governance.

Carillion’s directors were a collection of young economic experts with vast arrays of experience in both public and private sectors. The chairman was Philip Green who served as the advisor on corporate responsibility to David Cameron, the head of the remuneration was Alison Horner, the former operations director at Tesco, and four different directors were all professional accountants. And long-standing entrenchment was not a problem either, the longest-serving director had only joined the board in 2009.

With a board of directors and chairman that were, on paper, an ideal governance model, it is a mystery as to exactly why this same board had such irrational optimism in its December 2015 financial statements which were followed by a profit warning six months later that eliminated three-quarters of Carillion’s market value. Why this same board allowed the build-up of liabilities while continuing to pay out large dividends to shareholders and absurd bonuses to top executives when the company was clearly failing on objective performance markers.

Carillion’s insolvency also spelled a government failure. On January 1st this year, Carillion requested a £150m short-term loan from taxpayers to provide a much needed capital injection to sure up debts and inspire confidence in its investors. After the request was rejected, it is uncertain whether the current situation is costing the government more to contain its fallout. With a relationship so intimately tied to the government, Carillion over-relied on temperamental state contracts with thin profit margins but yet the state had set precedence for this behaviour, increasingly outsourcing core operations in defence, healthcare, and transport, setting a tone of favourable political support.

The revisions to the Corporate Governance Code in December 2017 were a welcome respite. The driving motivations behind the revisions were principally radical. It called for companies to “generate value for shareholders and contribute to wider society” and advised companies to have chairmen that would step down only after serving on the board for nine years, and for executives to have their bonuses locked as shares for five years, ensuring their ability to seek long-term benefit. However, it is unlikely that the revisions will be sufficient to address the immensity of the situation. The issue no longer just addresses Carillion alone but the future of similar corporations like Serco and Capita which are caught in quasi-incestuous relationships with the state.

On the 24th of January, all voting MPs agreed unanimously to release the government’s risk assessments of outsourcing contracts. There is suspicion that departments failed to follow correct risk-management procedures after three profit warnings, drawing even more attention to frictions in current modes of public-private interactions. The inseparable nature of public and private interests means that the state can no longer act as solely a “customer” to public service providers, and that new forms of regulation both within the government’s economic decision-making bodies and corporations have to be innovated.