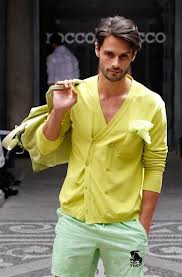 Do you remember Suicide Squad? Do you remember how bad it was? Because I do. Do you remember who directed it? His name was David Ayer and he’s the antichrist of cinema. But ruining cinema is too great a task for one man alone. Enter writer Max Landis to aid him in his quest. So while David steers the proverbial ship, Max writes the s****y shanties for their crew to sing.

What we get is Bright, a film so disjointed, fractured and incohesive that it’s no surprise no studio would take it on. Frankly it says a lot that Netflix gave Ayer $90 million despite his previous outings, go back and watch Fury, I promise it isn’t as good as you remember (oh and by the way Shia, pulling out your own tooth doesn’t make you a good actor).

So, while Bright is an incomprehensible mess, I’ll make this review as structured as possible. Let’s start with the concept. Orcs, Fairies, Elves etc have lived alongside mankind for millennia following a great war with (get this) the ‘Dark Lord.’ Sure it’s generic, but it serves its purpose of setting up the most thinly veiled metaphor for racial/class tension you’ll ever see. Orcs are depicted as gangbangers, drug traffickers, and second-class citizens while the Elves live in their fancy district with their fancy clothes and fancy faces. Humans live in the middle, all bitter and racist. Magic exists, but only through wands which can only be wielded by those known as ‘Brights’ (more on that later). So when a criminally underused Noomi Rapace comes to reinstate The Dark Lord Sauron as supreme leader, we have our plot.

Onto the acting. Will Smith stars as Will Smith in a role he’s been milking since Independence Day with no signs of stopping any time soon. As always, he’s a safe bet. It’s difficult to fault his performance because it’s just so cosy and familiar that to do so would call into question his entire career. Similarly to Suicide Squad, it’s a terrible script that Smith manages to draw some life from, though he never quite manages to break through the clichés, jarring as they are. By his side is Nick Jakoby, the Force’s first orc officer played by an unrecognisable Joel Edgerton.

The make-up is fantastic. The orcs do look good, that’s undeniable, but it’s to Edgerton’s disadvantage. Background extras with minimal impact can snarl and growl and look utterly impressive, but Edgerton is a main character: he has lines. So, while he grunts through the script, subtitles are your friend. Thank god there wasn’t a cinema release. It’s to the film’s detriment however, as Edgerton proves the most sympathetic, engaging, and watchable character on screen. Shame those tusks get in the way of every other word.

Earlier I mentioned the presence of magic and wands in this universe. Wands channel magic, and only ‘Brights’ can hold and use a wand without disintegrating. It’s a pretty neat concept, but if you had questions surrounding it, the film has no interest in answering any of them. How does someone become a Bright? How do the wands work? Can anyone be a Bright? The film doesn’t have time to explain any of this, so sit down and shut up.

With a sequel already green-lit perhaps these questions will be answered in the future, but it’s too little too late. All tension is ruined by the fact that literally anything can happen, because literally nothing has been established. Magic can do everything so death means nothing. When the stakes are this poorly set up, you have nothing to care about because no one has given you any good reason to root for the good guys or be afraid of the bad. The Dark Lord is returning to destroy mankind? Let him. Mankind have been nothing but racist backstabbers this entire film.

I can’t in all good consciousness recommend anyone see this film. If you want orcs, elves and a Dark Lord, watch The Lord of the Rings.