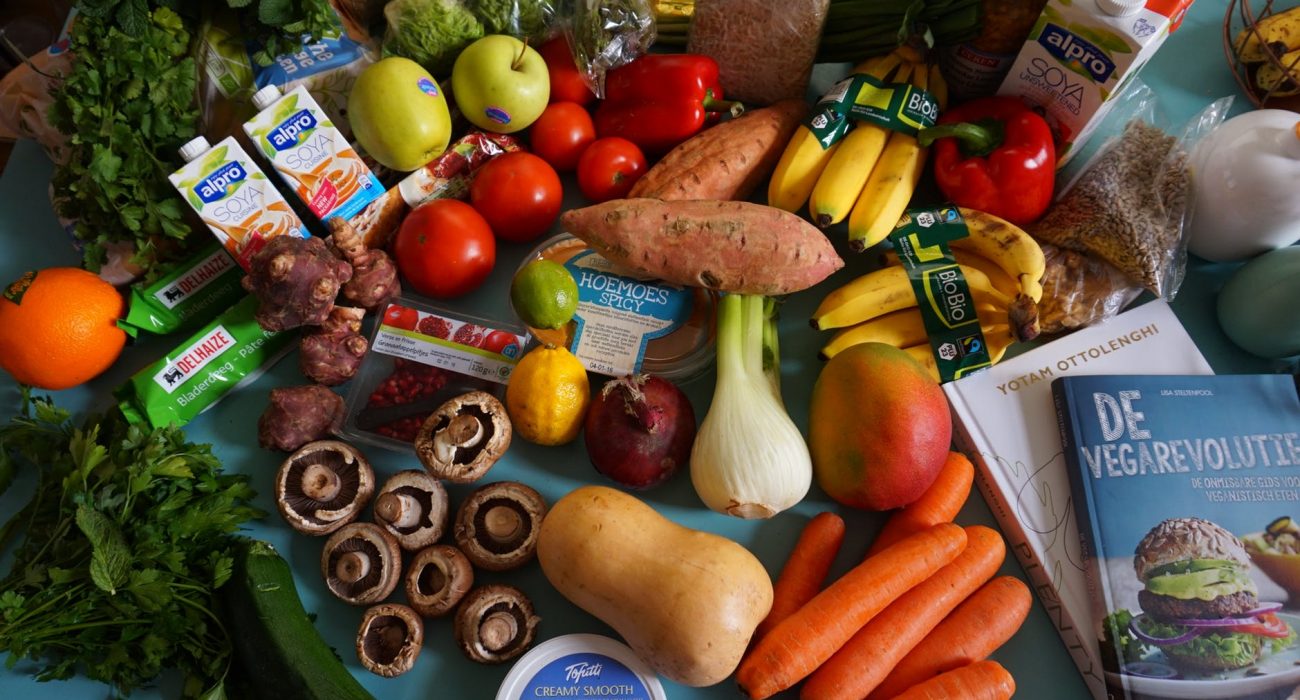 Five tips for eating vegan as a student

It’s a common misconception that a vegan diet is unaffordable and inconvenient, especially on a student budget. Whilst it’s true that specialist vegan products can cost a fortune, you certainly don’t need them to create balanced, easy and delicious meals. Here are a few tips that I learned from taking part in ‘Veganuary’.

Don’t get sucked into buying pricey vegan substitutes like plant-based cheeses and meats. They are expensive, not particularly healthy and often disappointing. Instead, opt for recipes which don’t require meat or dairy products, or substitute them with vegetables. For example, make a bolognese with lentils and minced mushrooms, rather than a mince substitute.

This ranges from the weird, such as Sainsbury’s chicken flavour instant noodles, to the wonderful, including original Oreos, original and chocolate chip Hobnobs, Bourbon biscuits, Jus-Rol Bake-it-Fresh pain au chocolats, Co-op Jam doughnuts and many, many more.

It’s always worth checking the back of the packet to see if your favourite snacks contain dairy products or eggs, which will be listed in bold and don’t forget to check for gelatine too. Doing this can help save a lot of money on buying speciality vegan products, and, hopefully, allow you to keep eating some of your favourite foods!

Opting for dried rice, lentils and beans over their convenient pre-prepared counterparts is a massive money saver. Undeniably, pre-seasoned microwaveable sachets of rice and lentils do save time. On the other hand, learning to cook them for yourself is very easy, and you can get a vast amount more for your money.

The same goes for tinned beans, which are significantly cheaper if bought dry. However, a certain amount of organisation must go into the preparation of dried beans, which achieve the best results when soaked the night before cooking.

Shun the big supermarkets and head to local grocery stores, such as those on the Curry Mile, for the best deals on fruit and vegetables. Not only are the prices cheaper, but these shops allow you to buy the amount of produce you need, rather than a predetermined packet size, which reduces both cost and waste.

In order to save more money, avoid buying pre-chopped packs of vegetables which are timesaving, but much more expensive than doing it yourself. For those interested in reducing their carbon footprint, try to choose vegetables that are in season.

Most people worry that a vegan diet is deficient in protein or even calcium, which should not be a problem as long as you are eating a well-balanced diet of fruits, vegetables and whole grains. Plants and grains provide an excellent source of most macro-nutrients.

The only exception to this is vitamin B12 — although certain foods are fortified with B12, such as non-dairy milk and marmite, it is much more reliable and advisable to take a supplement a few times a week, in order to prevent deficiency.

All ‘accidentally vegan’ foods were correct at time of going to print and sourced from the PETA and ‘Veganuary’ websites.