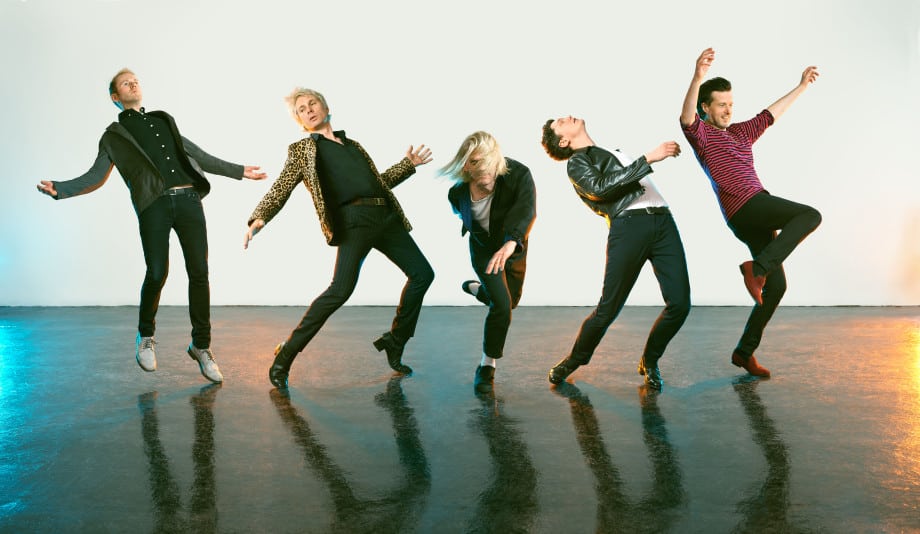 It’s been five years since Franz Ferdinand dropped an album (not including that weird detour with Sparks), and it seems that this tour heralds a fresh start for the band. New songs, new look, new sounds. The night in Manchester was theirs for the taking, and boy did they hit a home run. After a brief but gratifying warmup by Albert Hammond Jr, it began.

From the moment they set foot onstage, they commanded the evening, Alex Kapranos looking more Malfoy than man, his robotic star jumps seemingly weightless, his vocals smooth, and growling restlessly atop the band’s danceable angular sound. Franz Ferdinand has a quant, understated swagger only Brit bands can truly pull off. Nothing’s ever too serious, but the performance is seriously tight.

There are some great moments in the set, and not just great songs, though there were plenty. A fun twist on the normally dull ‘introduce each member of the band and they take a solo’ trope, for example. Kapranos built up the reveal of the names (which given the two new members, was helpful) to a silly degree, “I KNOW YOU WANT TO KNOW THE NAME…” Charming.

Furthermore, in the final, explosive build up for ‘This Fire’, everyone was made (after some coaxing) to crouch, then leap upon the song’s re-entry. Not a new idea by any means, but something that both showcased the power of Kapranos’ front manship, and looked crazy in a venue the size of the Albert Hall.

Speaking of songs, the setlist for the night was any fan’s dream blend of old and new. Classics like ‘Take Me Out’, ‘Do You Want To’ and ‘Jacqueline’ was of course, a riot, but so was their more recent work. Songs like ‘Ulysses’, ‘Love Illumination’ and ‘Always Ascending’ were just as ‘super fantastische’ as the rest. Franz has always been the masters of tight danceable hits covering all emotional ranges.

They’re one of the few bands from that early 2000s period that seem to love all eras of their music equally, and the confidence in the material is rightly earned. Throughout the performance, there’s not a bum note, not a lull that wasn’t needed for a recovery, and not a second that they didn’t stop being an absolutely stunning band to watch.

Franz Ferdinand has said in past interviews that they wanted to write music that would make people dance. Over a decade on, through various phases and experiments, they are still doing exactly that and doing better than any other band on the market. They sound just as vital and exciting as they ever have, maybe even more so. See them play live with haste, Franz Ferdinand are the absolute gold standard for a good time.