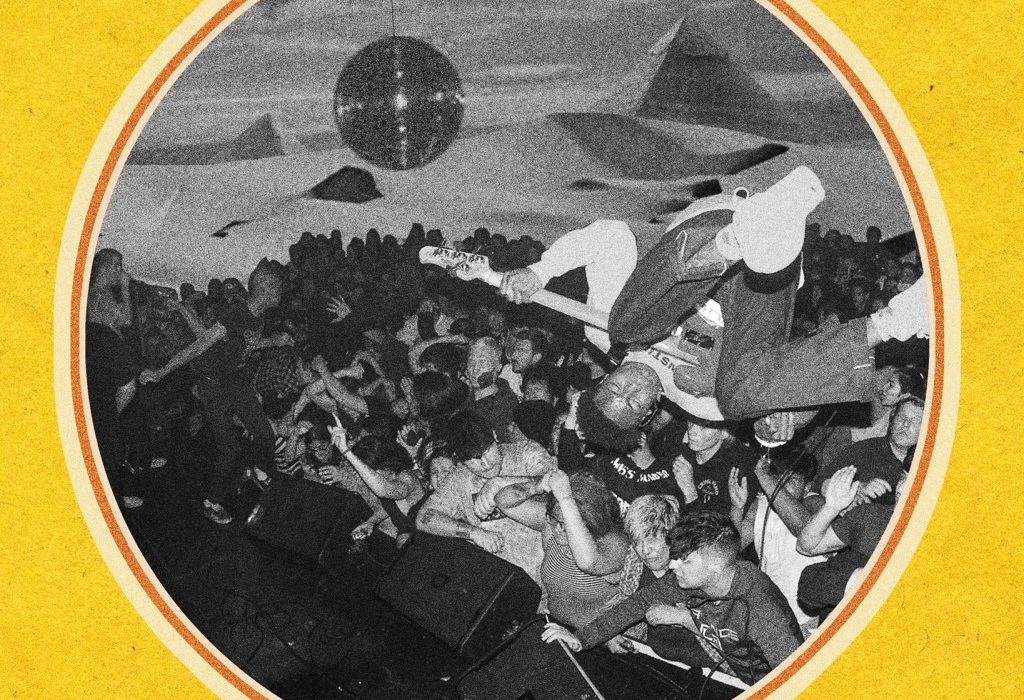 Turnstile are one of those bands that have been making their way around the hardcore punk scene quite a bit. They’ve released several EPs and a previous album, Non-Stop Feeling, all of which have allowed them to slowly gather a dedicated audience.

Their style wasn’t really anything new, but the way they mixed in elements of 90s music with their classic NYC hardcore gave them a fresh retro tinge that made them stand out.

So after relentless touring and fanbase gathering, there was some pressure on the band to deliver with their second album Time & Space. But I’m glad to say that they certainly did and, oh boy, it’s a lot better than most people probably anticipated.

Right from the first notes of ‘Real Thing’ to the last of ‘Time + Space’ this album is a blast. Turnstile have unleashed their signature fast-paced retro hardcore punk sound in a visceral blaze of pure fury.

Its pent-up anger allows them to deliver massive tune after massive tune. Tracks like ‘Right To Be’ and ‘Big Smile’ are Turnstile at their most ferocious, and come with a massive bite.

The momentum pretty much stays consistent. There are two interludes but they’re both short and play into the pacing of the album. It gives it some breathing room before it unleashes its maddening haze upon you once again.

Their flow and energy never backs down and by the end, you just want to hit that replay button and relive it all again. Track after track is a relentless beatdown of fun and power. This could just as easily be a soundtrack to a party or punching someone in the face.

One of the things I love about Time & Space is that it is so much fun. ‘I Don’t Wanna Be Blind’ starts off with a swaggering bass line, then slowly builds up for it all to erupt in a frenzy in the chorus. Soaring hooks in the choruses are prevalent and keep pulling you in time and time again. Tracks will immerse you and you’ll get caught up in the blaze.

Despite keeping to their core sound, they do still mix it up a bit. It has somewhat of an 80s gloss to it. It’s kind of ironic that Turnstile look back to the past to keep themselves moving forward, but it works.

Elements of thrash metal and even psychedelic rock are placed subtly throughout the album, though never overpower. What might be a rift or just an effect they use, it keeps you on your toes.

This unique blend of elements they combine keeps it from ever becoming dull and because of how they introduce new sounds it never feels off-putting either. They lay the groundwork in the beginning with ‘Real Thing’ before they introduce what they truly have to offer.

Layered harmonised vocals, reverb guitars, and even a piano in the chorus of ‘High Pressure’. There is so much going, and it’s remarkable what they managed to neatly fit into the short 26-minute runtime.

One or two things don’t work so well. ‘Moon’ features bassist Franz Lyons on the vocals and while it gives a more soulful vibe, it doesn’t really have the same impact as Brendan Yates’ harsh cries. That’s not to say the track is bad, and it is good to see them willing to experiment in different areas, but it just feels like something is lacking there.

Production wise Time & Space is excellent. You only need to see the production on ‘Come Back For More / H.O.D’ to see the difference. These were on their previous EP, Move Thru Me, and it’s funny how much the production changes things.

It’s punchier and snarls with more than before. It breathes new life into the track, and all tracks follow this model. It certainly helps to give the album a bit of kick and flare.

Time & Space is 26 minutes of pure energy and fun. Its willingness to embrace new elements with open arms thoroughly stands out from other groups in the scene, and most importantly it’s a blast. I can’t remember the last time I had this much fun listening to an album, and I already can’t wait for what they have in store for us next.