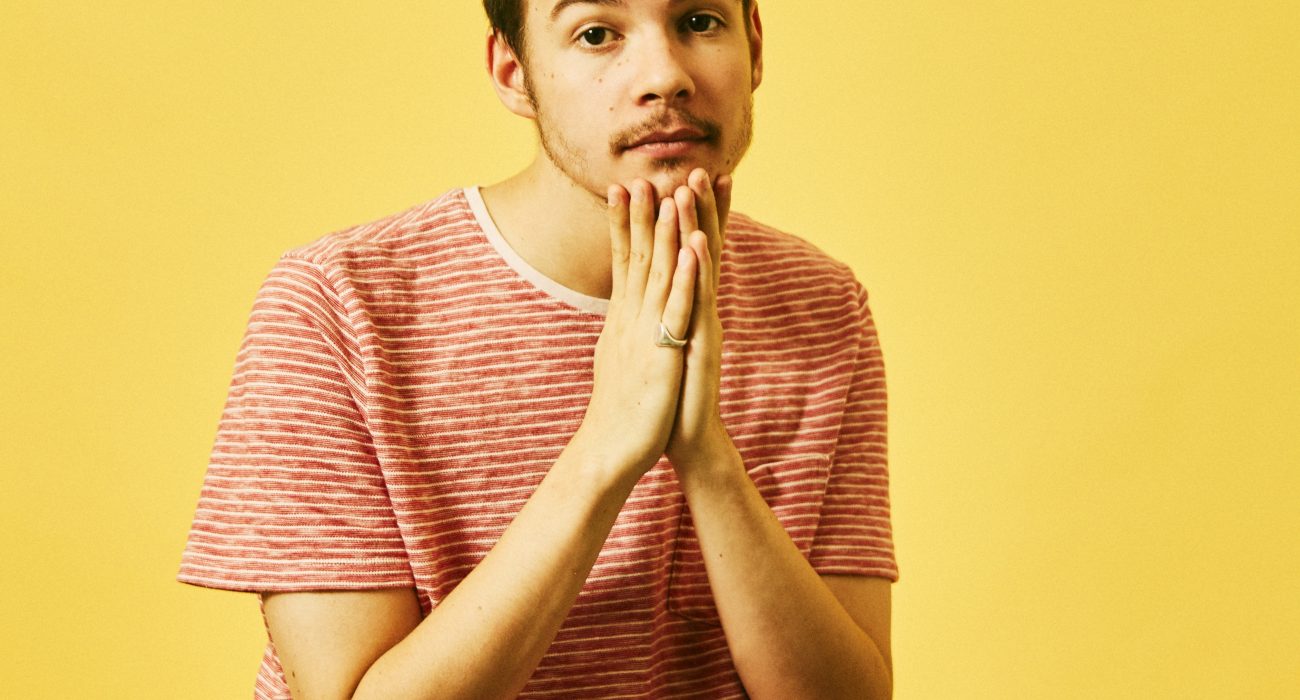 Having 2 self-released albums under your belt, collaborating with Tyler, The Creator’s 2017 project Flower Boy and, most recently, coming in second in the BBC Sound of 2018 Awards, being able to claim all of that at 19 is one hell of a feat. Rex Orange County – aka Alex O’Connor from Haslemere – can claim this title.

His sold-out, untitled 2018 tour is, quite like his tracks and discography, short and sweet. 13 venues are hosting him, Gorilla being the Manchester venue after being upgraded from The Deaf Institute due to popular demand.

I had the pleasure of seeing Rex open for BadBadNotGood last November and I could not wait for his headline show. At that gig he seemed distant, maybe even humbled by the opportunity to tour the UK with the jazzy hip-hop band. His solo show, however, was completely different – and for the better.

There was no opener and Rex took the stage at 20.45 to a huge cheer from the audience – I’m sure many attendees had been at the venue since doors opened, quite unnecessary considering the size of the venue. It was almost as if he was performing for his classmates due to the average age of the audience falling into the late teens age range.

Simplicity is key in Rex’s persona. His lyrics are simple and all about the ups and downs of teenage love. The stage was bare aside from a banner with his name behind him. A drummer, a saxophone player, a trumpet player, a bass player and guitarists were the backing to his keyboard, string and vocal combinations.

Unlike in November, his shy yet charming personality shone through when he addressed the crowd. He asked us if we were doing ok and then asked us a couple more times throughout the show. That goes to show to what extent Alex is a simple guy, in the best of terms.

His performance of ‘Corduroy Dreams’ was absolutely perfect with his band leaving him alone with his guitar. “We’re going to slow this down even further,” he said, as he played a couple of slow tracks in a row.

Of course, Manchester will always find an excuse to mosh and ‘Best Friend’ was the victim this time. Despite the emphasis on the slow jams, the audience was energetic, only going to show how buzzed people are about Rex and his music.

To my disappointment, the set barely lasted longer than 40 minutes and, staying true to Rex’s simplicity, he had no encore – to be fair, encores are pretty overrated.

At the end of the night, it felt great to see Rex again. His style is unique, blending singing with something that toes the line between light rapping and spoken word. His musical CV is already stellar and 2018 will certainly bring a lot more for both Rex and his fans, new and old.