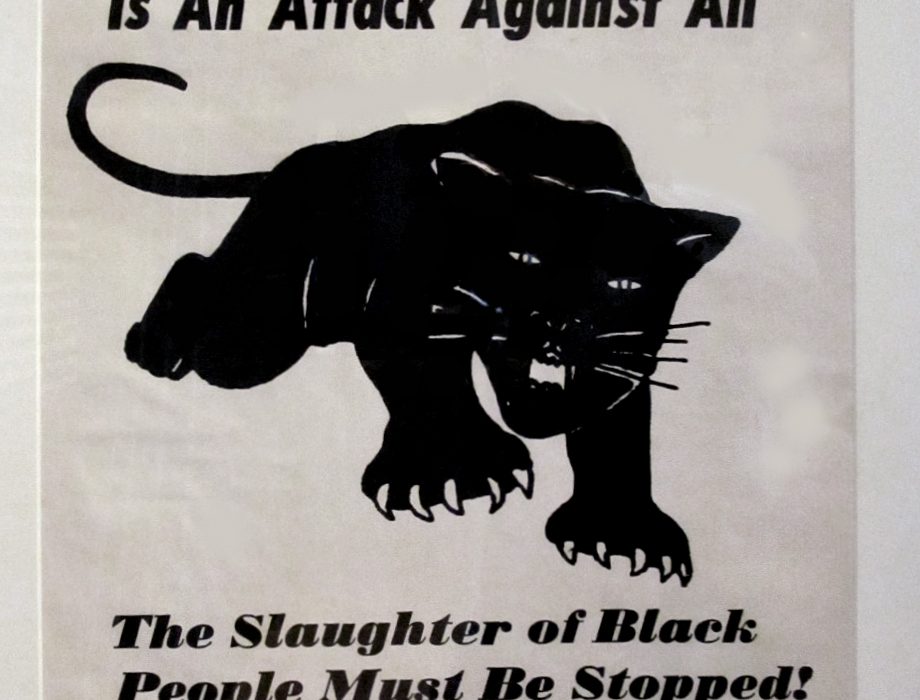 The marvel of the real Black Panthers

Possibly what is already the blockbuster of the year is out: Marvel’s Black Panther. It’s a film chronicling comic book hero Black Panther, also known as T’Challa, King of Wakanda.

Black Panther was the first black superhero, created by Stan Lee and Jack Kirby in 1966 during the height of the Civil Rights Movement. And as we reach the end of Black History Month, it is T’challa’s namesake this article wishes to address: the Black Panther Party.

The first appearance of Black Panther in Fantastic Four #66 predates the founding of the Black Panther Party by only a few months. However, it is clear that he has been treated better by history over the years than the revolutionary political party of Huey P. Newton and Bobby Seale.

The Black Panther Party has been vilified ever since its inception as a result of disinformation operations at the behest of the state. It’s often being touted as a black KKK, or a violent gang. This could not be further from the truth. 52 years after their founding, it’s high time we learnt about the marvel of the real Black Panthers.

The party was founded in Oakland, California by Huey P. Newton and Bobby Seale in 1966, as the Black Panther Party for Self-defence.

Although California was not a Jim Crow state such as Alabama or Mississippi, the problems African-Americans faced there were just as real. Often black people found themselves to be living in the poorest neighbourhoods with the least government support and the most crime.

Tensions between the urban African-American populations and police in cities such as Compton, Harlem, and Detroit were high, as a number of high profile police shootings of unarmed black men raised public consciousness. Just 16 out of the 661 police officers in Oakland were black, which exacerbated this divide.

Newton and Seale were both former students of Merritt College, and had studied the works of influential black figures such as Malcolm X and Stokely Carmichael.

They saw the teachings of figures like these and wanted to create a way for urban African-Americans to defend themselves in the wake of police brutality, and to organise their own communities in the wake of government neglect.

They drew upon far-left socialist and Marxist theory and combined that with black power thought to develop a 10-point plan in which they called for an end to police brutality, adequate housing for all, black pride, black participation in politics, and (famously) calling for black people to arm themselves in the face of oppression from the police, the KKK, and other white supremacist groups.

Some of their most remarkable work was their Community Survival Programmes in which they provided free breakfasts to school children, free adult education, free clothing, healthcare, transport, and self-defence classes, amongst a myriad of other social programmes. The Panthers were stepping in where the government had consistently failed black people.

Unfortunately, however, not everyone was comfortable with black people exercising their second amendment rights in the same way a white person could. Ronald Reagan, then governor of California, passed the Mulford Act of 1967, banning open carry in California in response to the Black Panthers.

Yes, you heard that right, a Republican hero enacting gun control – all because those who had the guns were black and wanted to defend themselves, just as anyone of any other race would. But the organised disruption of the Black Panthers by the establishment did not end here.

The most consequential was the FBI’s COINTELPRO operation, a covert, and often illegal operation designed to discredit and dismantle the Black Panthers. The operation sought to, in their own words, “expose, disrupt, misdirect, discredit, or otherwise neutralise the activities of the Black nationalists.”

One of the most shocking incidents were the deaths of Fred Hampton and Mark Clark, who were asleep in their apartment when they were killed by Chicago police officers.

The police claimed that it was a heavy gun battle in which more than a hundred rounds were fired. Later inquests indicated that only one of these bullets were fired from the side of Hampton and Clark, and that the FBI had a significant role in leading up to the raid.

The COINTELPRO operation is where many of the myths surrounding the Black Panthers came from. They were not a hate group, and although they had revolutionary ideas, the closest they came to a revolution was to give school children free food.

They were a reaction to the oppression of African-Americans at the hands of an institutionally racist state, and sought only to uplift the downtrodden in society and to build up their own forgotten communities. The price they paid for this was vilification. In 1982, after years of disparagement, the party finally disbanded.

They were not perfect by any means, but as black people all over the globe rejoice as the first black superhero film tops the box office, let us not forget the black superheroes of the past.