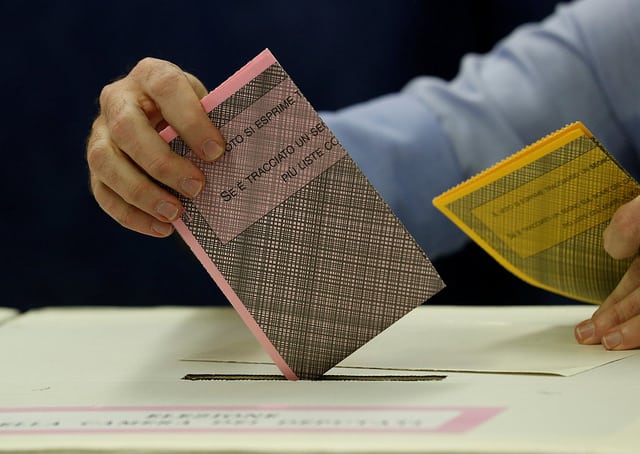 The only word to describe the current political situation in Italy is chaos. Voters have sent a clear message to their politicians and the European Union: enough is enough. The populist plague spreading through Europe was boosted massively by Italy’s election, via the Five Star Movement and the Lega Party. Both parties have set their eyes on power, and one is likely to gain it. Both campaigned on heavily anti-EU, anti-immigrant, and anti-establishment messages.

For the EU, this is the nightmare scenario they did not wish for. Its implications will be huge for both Italy and the EU; the significance of this event cannot be underestimated, as it looks like Italy will have Europe’s first fully populist government. The future of the EU hangs in the balance as a result.

It was always likely that Italy’s centre-left government would fall from power. However, to say it fell from power would be an understatement; instead, Italian voters gave it a cruel beating and hung it out to dry. It received just 18 per cent of the vote – just 1 per cent point ahead of the right-wing and nationalist Lega party.

Matteo Renzi, who looked to make a political comeback, failed to do so miserably and now it is unlikely he will remain as the Democratic Party’s leader for much longer. Like Renzi, Silvio Berlusconi, the former ‘godfather’ of Italian politics, also failed to make a political comeback, and his centre-right Forza Italia party lost ground to the Five Star Movement and Lega Party. Now, the right-wing coalition Berlusconi constructed is dominated by the Lega Party and its leader, Matteo Salvini.

Both mainstream Italian parties suffered heavy losses at the ballot box and were clearly punished by Italian voters for years of economic stagnation, political corruption, and social alienation. They have sent a powerful message to the European Union: things need to change.

With the complete collapse of Italy’s mainstream political parties, populism has achieved its biggest victory to date. Five Star’s Luigi di Maio led the movement to its best result since its establishment, with 32 per cent of the vote. This makes it the single largest party in Italy, meaning it will have a crucial role in opposing or being in the next government.

For the EU, the election result in Italy is a nightmare. It now looks like that the Five Star Movement and Lega Party could team up to form a coalition together, potentially after months of political impasse and gridlock. Both are anti-EU and anti-migrant, whilst being populist and anti-establishment. Whatever government is cobbled together, regardless of its party composition, make no mistake: it won’t play nice with the EU and it won’t be friendly to the likes of Macron or Merkel.

It seems that Italy looks set to be on a collision course with the EU’s biggest players. The country threatens the European Union’s attempts to reform. If no reforms to the Eurozone or the EU institutions are made, it will simply collapse.

Italy is now on the way to becoming the EU’s ‘rogue nation’. The Eurozone, for the first time in a while, is now under threat, with both the Five Star Movement and the Lega party threatening to hold referendums on membership of the Euro as part of any coalition deal. If the Eurozone collapses, then the EU itself is likely to fall shortly after. This would without doubt be the greatest challenge to European peace and prosperity since the end of World War II.

The biggest winner of the night, despite many predictions to the contrary, was the Lega Party, which increased its vote share by 13 per cent from 2013, to win 17 per cent of the national vote. The Lega Party ideology, once based on northern Italian separatism, now takes its form in right-wing anti-immigrant populism. It made a big deal of the migrant crisis gripping Europe.

As a main entry point for many refugees, the Lega Party capitalised on Italians’ fear of uncontrolled immigration and used it to make huge political gains. This turn of events means that Lega will be eyeing up the position of Prime Minister as the dominant right-wing party in Italian politics.

The significance of Lega’s successes is their position as king maker. The party can make or break the next government that is likely to emerge – if one does emerge at all. If analysts are to be believed, a Lega Party and 5 Star Movement coalition is now a serious possibility. The Lega leader, Matteo Salvini, is the favourite to become Italy’s next Prime Minister. This is a man who called the Euro a “crime against humanity” and known for his worrying Islamophobic views.

Italy’s nationalist hard right did better than many predicted, and worryingly is now in a key position to enter government. It is shocking to consider a country that was taken over by fascists in the 1920s is now on the verge of having the hard-right return to government.

The election results in Italy are a warning to us all: Europe must change. Italy’s new government will seek to assert itself as a menace to the EU. After almost half of Italians voted for Eurosceptic parties, is almost certain that either the 5 Star Movement or Lega Party will make it their mission to deliver ‘independence’ to their voters.

Italy is just the beginning. What happened in Italy is likely to happen again and to consume other countries as political instability and fragmentation is becoming commonplace in Europe. Italy’s cocktail of populism and nationalism is setting the stage for European politics. It is a sign that things need to change, or populism will only consume more and more nations.

We should prepare ourselves for the establishment of Europe’s first fully populist government. Populism is on the march and is now mainstream: it needs to be stopped before it is too late. If the parties in Italy fail to form a government and new elections have to be held make no mistake, Five Star and the Lega will be in the wings, waiting to strike.