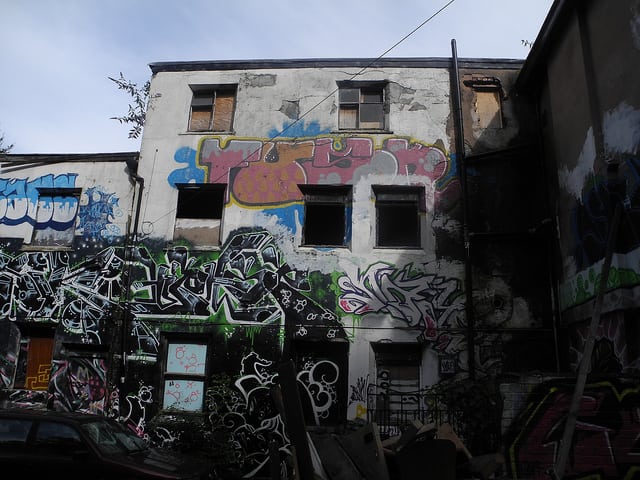 An ode to Antwerp

Unless you’ve been hiding under a rock, you will almost certainly have been made aware of a shocking announcement in the Manchester clubbing scene.

I am, of course, referring to the impending closure of the adored and infamous venue that is Antwerp Mansion.

Many people, students and non-students alike, have a special connection with Antwerp — it is arguably the site of some of the best nights you can go to not just in Manchester, but in the whole country. Of course, some people find certain parts of the Antwerp experience fairly objectionable — no-one wants to even think about those toilets, or that one pair of shoes you ruined on your first trip there. But in all honesty, these aspects form part of Antwerp’s unique charm.

It’s this, along with its ideal location and rave-like atmosphere, that means no other venue can come close to being as good as it is, and now Antwerp has become a much-loved institution.

A rather obvious factor in the construction of this venue’s status is the quality and frequency of events. Antwerp provided an outlet for all dance-oriented musical genres, but especially those whose scenes are firmly an underground phenomenon. Anyone who follows Drum and Bass, UKG, Bassline, or any other culturally similar musical genres is bound to appreciate the sheer volume of scene heavyweights that make an appearance behind the decks.

It is exactly places like these where musical cultures thrive and expand as up-and-coming names are given the chance to perform and develop their careers in ways that would not be possible without venues willing to throw themselves behind musical endeavours.

The closure of Antwerp represents not just an attack on musical culture, but the individuals who see any associated scene as an integral part of their identity or simply their student experience. After all, what is a scene but the people that support it? It is the people who have the most emotional investments in these venues that will lose out the most. Places that support these scenes to the extent that Antwerp has are few and far between.

This is why the loss of Antwerp and similar venues is more than just the loss of a simple club — it is the loss of a creative and cultural hub, creating a void that is incredibly difficult to fill.

By vigorously supporting such musical scenes, Antwerp has unfortunately risked being associated with a musical culture that has attracted a grossly unfair amount of stigma from the authorities. To the outsider, any institution supporting a scene that they view as being aggressive, drug-fuelled, or simply disruptive to the general public is guilty by association, and hence more likely to be persecuted by the powers-that-be.

It is irrelevant whether or not this is the case. Not that it is, and even if it was, the culture of more commercial nightlife institutions is equally as bad, if not worse. As long as it maintains a negative perception by those who do not engage with the culture in any way at all, such venues will always be victimised by authorities that are unwilling to cooperate.

This is one of a handful of challenges that many music venues in the UK face. The other main challenges are conflicts with developers and subsequent revocation of licences. All of these factors combined, there appears to be a worrying pattern across the country regarding the closure of music venues.

In the past year and a half alone, Manchester has lost both Sankeys and Sound Control, Bristol has lost Bierkeller and is at risk of losing Thekla, and London almost lost Fabric. If nothing is done, the vibrant and colourful musical culture that is unique to Britain will continue to dwindle and dwindle. The danger is also that no alternative venues will be willing to take the risk of supporting an increasingly stigmatised scene or embark on an increasingly uncertain financial gamble.

Naturally, the most apparent solution to this is to make your opinions known and take action to protect these places that are so vital to the maintenance of musical cultures. Sign petitions, go to protests, contact your local politicians. If you care about music, you must do all that you can to ensure that there will still be music to care about. And even if you don’t, understand that there are some people to whom this issue matters a great deal.

Experience Antwerp while you still can, alongside other similar venues, as we can never tell which will be the next to disappear. But, most importantly, don’t give up hope. Music has a wonderful habit of persevering and spreading against all odds.