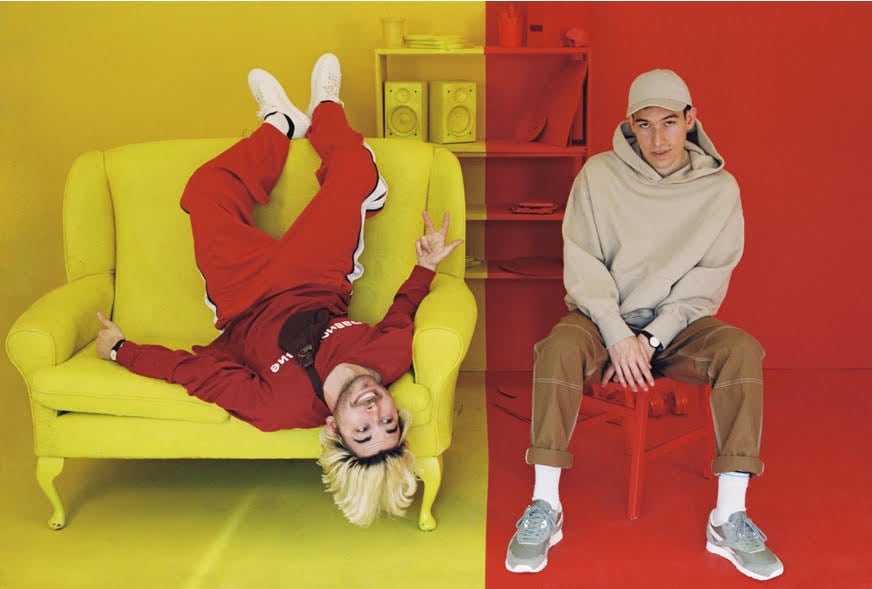 Bad Sounds are an upcoming indie rock group from Bristol, having recently toured supporting RatBoy, I was lucky enough to catch up with the band, and get to know this rising band who are bringing a mishmash of hip-hop, indie, pop, and an almost ska-twinge to modern day music.

Bad Sounds are fronted by brothers Ewan and Callum, who picked up the rest of the band locally as time went on. Callum explains that himself and his brother had previously worked in bands before, and whilst Ewan went to university and studied at Bath Spa University, Callum went down to London to learn how to record in a studio: “I say try to learn because I didn’t”.

Callum went onto explain that, when he ran out of money, he moved back home and the two started comparing music projects that they each had done while apart. They then built the tracks from there.

Just because they’re brothers doesn’t mean it’s always easy, but there are definite positives to the fraternal relationship between the two. “It’s probably easier because we’re best mates, you trust and value their opinions, and the arguments never last too long either.”

Bad Sounds singer Callum reminisced about the music they listened to when he was growing up. Their mum would listen to Lauryn Hill, Dido, and David Grey, whereas their dad would listen to more Bob Dylan, Neil Young, and Led Zepplin.

When Callum was younger, he confessed that the only music that he thought worth listening to was that which has a shredding solo in it. He admitted that they’ve since tried to put a solo in their music, but it’s never quite worked: “It’s important to listen to a range of different genres as a musician.”

Callum then begins to talk about how the name ‘Bad Sounds’ was actually the name for one of the brothers earliest demos. They looked at about 15 to 20 other options for the names, but Bad Sounds was the one that really stuck with them.

2018 has a lot in store for Bad Sounds, with lots of festivals coming up in the foreseeable future, and even a potential album release in the next coming months too.