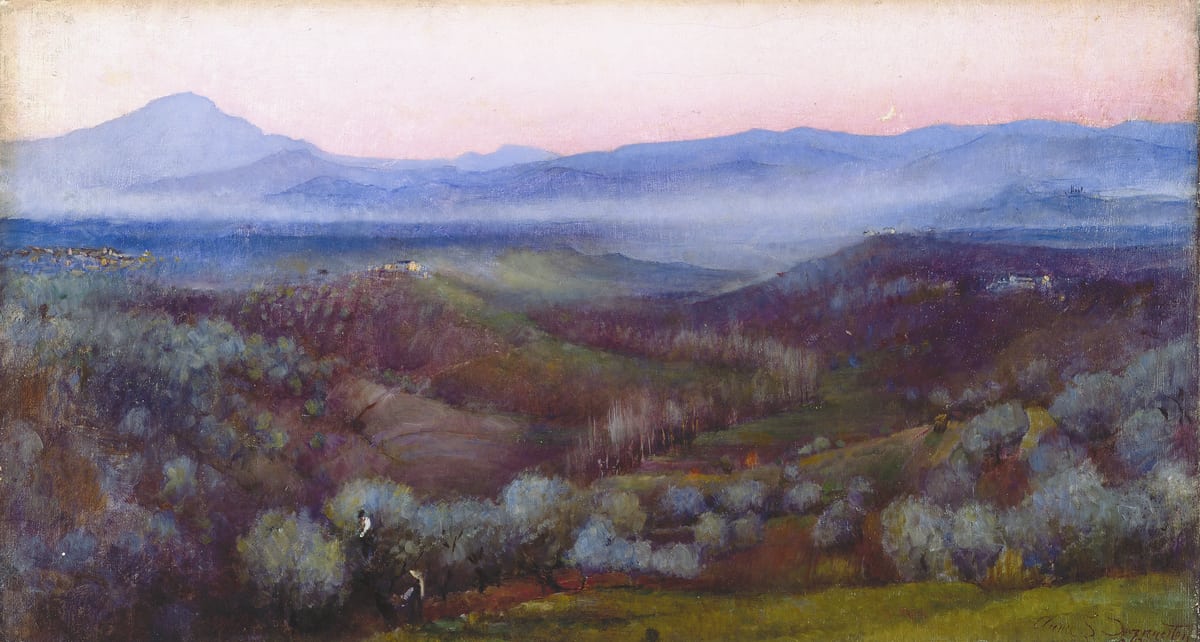 A pioneer in women’s rights and the Suffragette movement, founder of the Manchester Society of Women Painters, and the first female Associate Member of the Royal Academy — you’d expect to know her name, but most will not. Annie Swynnerton.

Her achievements are impressive, yet there’s somewhat of a bitter note to her accolade of being the first female Associate Member of the Royal Academy in 1922 (despite being founded in 1768), as this recognition came late in her career. Associate membership (ARA) was conventionally succeeded by becoming a full Royal Academician (RA), but as Swynnerton was 78 when she received the ARA, she was already above the age limit of 75 for election to full RA status.

This is a prime example of how women have often been brushed to the periphery of history in their late recognition. For increasingly the historical narratives which back institutions such as the Royal Academy are being exposed as a selective and exclusively male, often silencing the female voices which were present. Exhibitions like this are an important act of reclamation, rewriting, and retrieving lost narratives.

In her autobiography, she demonstrated the gravity of Swynnerton’s work: “We women who have the good fortune to be born later than Mrs Swynnerton profit by her accomplishments. Any woman reaching the heights in the fine arts had been almost unknown until Mrs Swynnerton came and broke down the barriers of prejudice.”

Yet age is something which was never a barrier for Swynnerton, quite the contrary, it was something she harnessed. For she began to change the face of how women were portrayed. Transcending beyond the idealised female subject, Swynnerton instead demonstrated the breadths of femininity.

Age commanded the portraits, rather than being erased from them. Subjects varied from the young, eager girls in Margaret and Chrystian Guthrie (1907) — in which the tension of getting children to sit for a portrait is captured aptly — to the older women in such portraits as Dame Millicent Garret Fawcett (1930) or The Southing of the Sun (1911) whose wrinkles are embraced with scratched impasto.

She challenged modes of representation and conventions of beauty at a time where women’s strength and power were only just being recognised.

The curating of Rebecca Milner and Katie JT Herrington heralds her female networks and community through identifying some of her “female fellow artists, sitters and patrons” hoping it “sheds light on the significant role of networks between women, which enabled them to travel, become independent artists and make a living in the late 19th and early 20th centuries.”

She marked a shift in being a female artist, moving away from the confines of studio work and instead being a woman whose work is inherently bound up with outside light and foreign landscapes — especially those of Italy, where she later moved. She both physically and conceptually pushed the boundaries of female expression.

Working to her own agenda with nude portraiture, she had a consistent approach to painting real women’s bodies outside of romanticised and often male work of the Academy. Yet these were often transformed when the real met and the fantastical, as her subjects would be immersed in ethereal backdrops.

Landscapes and portraiture might not seem so revolutionary, yet she invigorates them with vitality. Her paintings are sensory, in which you can gauge the reality of female experience in differing environments — a palette of synesthesia.

This is most evident in her Italian landscapes, the colours almost shifting and shimmering in a Monet-esque use of colour. Her sculptural application of paint, which draws on Impressionist awareness of light and colour, and the confidence in her technique translates into these immersive snapshots.

Her ability to capture a fleeting moment informs her portraiture too, as “the impact of Italy comes through in the vibrant colours and gestural paint of her portrayals of women that are a highlight of this exhibition.”

For me, this retrospective demonstrates the importance of being able to contextualise our current political and cultural moments. For as part of the Wonder Woman Festival 2018, marking the 100-year anniversary of the Representation of the People Act, this exhibition gives a sense of scope to feminism — even on a local level.

Yet we can also look forward to the future women forging out culture and institutions, as this exhibit precedes the first retrospective of Sonia Boyce at Manchester Art Gallery opening in late March. As the first black Royal Academist, she creates a contemporary parallel to Swynnerton, and a real sense of hope that institutions are starting to recognise female influence.