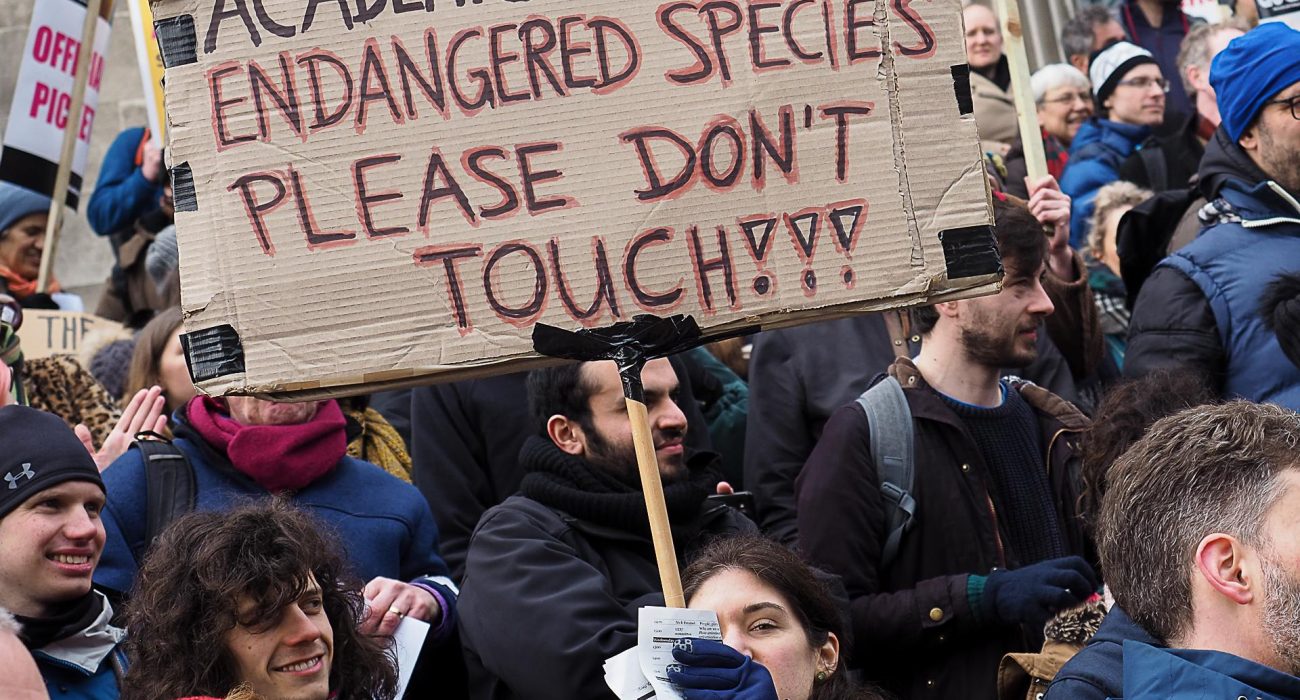 Following the third week of industrial action, several universities have broken their hard-line stance with Universities UK (UUK) over the future of academic staff’s pension scheme.

Spearheading a subsequent week of u-turns, in an email to staff on Wednesday, the University of Oxford’s vice-chancellor, Louise Richardson stated that “in light of the depth of feeling of so many colleagues”, the University would be “recommending that council reverse its response to the UUK survey in line with congregation.”

On Tuesday the 5th of March, the university blocked a staff-led debate surrounding the pension dispute that has engulfed 64 university campuses across the UK.

However, hundreds of staff decided to pursue with the meeting, with organisers proclaiming a ballot conducted by the meeting resulted in an overwhelming 442 votes to two to change Oxford’s position on academic pensions.

The resulting shift in policy means that the university has decidedly placed itself alongside a growing list of 30 universities distancing themselves from the UUK’s position, including Manchester, Cambridge and Warwick.

This follows after talks between the University College Union (UCU) and UUK resumed on Monday morning, but hope for the dispute to be resolved was quickly diminished as the UUK took to twitter on Monday night to express its concerns, calling for more time to cost what a spokesperson branded as the UCU’s “unaffordable” proposals.

Opening under the supervision of the Advisory, Conciliation and Arbitrations service on Monday, the meeting discussed alternative proposals put forward by the UCU, of which entailed employers and employees both sharing the responsibility to increase contributions to preserve the USS pension scheme. The plan would involve universities accepting some increased risk to ensure lecturers are not left off what the UCU have calculated to be £10,000 worse annually when it comes to retirement.

As of present, the UUK have stated that changes to pensions are necessary to straighten out a deficit in the current scheme that the USS has estimated to amount to £6 billion. In an open video to University of Manchester students, the vice-chancellor, Nancy Rothwell branded the scheme as “simply unsustainable.”

However, crossfire between UUK and academics on twitter resulted in a new round of negotiations being initiated on Tuesday morning, after UUK consistently pressed that they were “very happy to meet tomorrow” (Tuesday) despite Sally Hunt, the chairperson of UCU, releasing a statement in which she was “disappointed that the UUK have said they will not meet again until Wednesday afternoon.”

Speaking to The Mancunion, regarding the reinvigoration of talks, Hunt stated that: “We are pleased that UUK have belatedly agreed to come back to the negotiating table. Staff are losing money and students are feeling the impact of this disruptive action.

“We hope we can now sit down and try and find a resolution to the dispute. We remain committed to talks and to resolving this dispute, and we hope UUK are too.”

Additionally, in the face of increasing pressure from students, King’s College London have also broken with the stance of the majority of British universities to compensate students for the missed contact time that has resulted from industrial action.

Following student petitions for reimbursements amounting to 115,000 signatures, releasing a statement, the university declared that: “Once the nature of and scale of disruption has become clearer, we will develop a mechanism for considering cases for any further compensation that may be warranted in light of cancelled classes.”

Last week, Universities Minister Sam Gyimah called for compensation for young people for the “lost study time.” Adding to this, the Chinese embassy have told ministers that they express concerns surrounding the 170,000 Chinese citizens that study in the UK, paying an annual sum of tuition fees of £20,000 a year.

The University of Manchester has ruled out refunds for students, blaming a “composite fee” for the inability to carry out compensation. However, in an open video to students, Nancy Rothwell ensured reserved lecturer pay would be “used for student benefit.”

When contacted for comment in query of a possible revision of this stance, following the proposals put forward by King’s, the University failed to respond to The Mancunion.