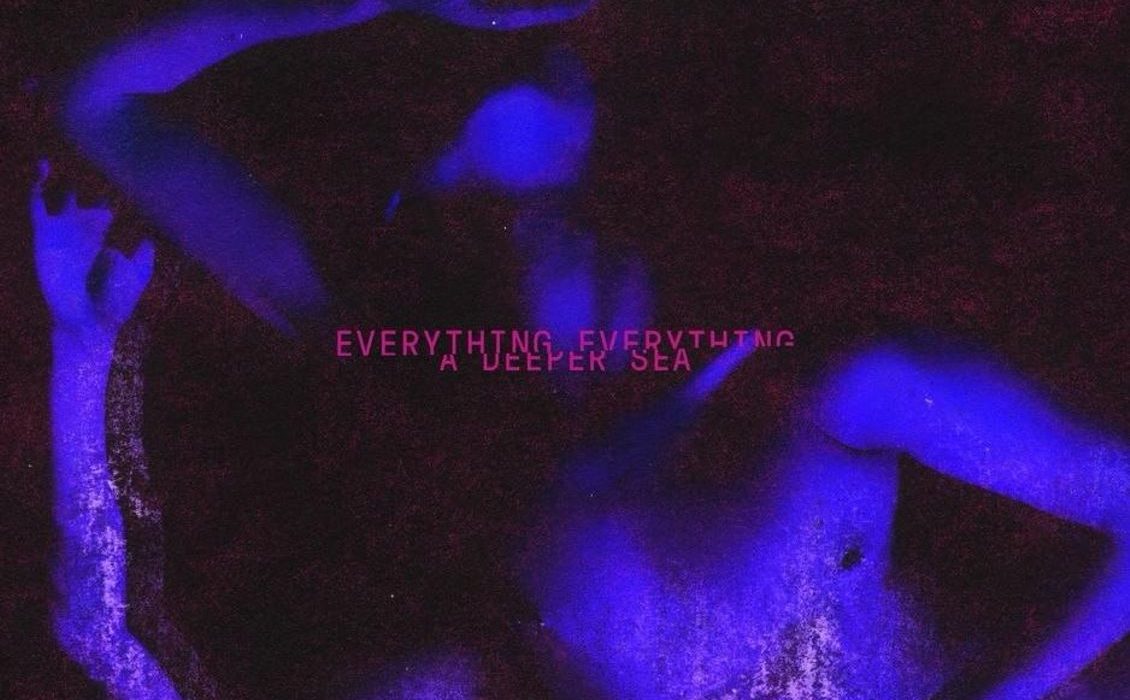 Ahead of their tour Everything Everything have released a melancholic gem of an EP. A Deeper Sea comes after their decidedly more frenetic 2017 album A Fever Dream. The four song EP showcases masterful versatility and, inspired by singer-songwriter Jonathan Higgs’ shock at high male suicide rates, aims to challenge the promotion of toxic masculinity.

The lyrical opener ‘The Mariana’ tackles this head on as the EP’s only exclusive track. The title refers to the Marianas trench, the deepest point in the ocean, linking to the EP’s title and acting as a metaphor for the bleakness of depression. There is a sense of being lost and awaking in a messed up world of confused ideas and expectations.

The EP’s second song ‘Breadwinner’ was recorded a year ago with James Ford, but didn’t fit onto the latest album and as such it aligns tonally with A Fever Dream. It acts as a stealthy reminder of the power this band has, rumbling into an electronic show of pure, futuristic force. It reflects the same disillusionment with modern life, accompanied by a music video embracing the distorted and abstract animation of the internet’s viral culture, thus commenting directly within and in the age of internet obsession and meaninglessness. Instead of offering a solution, the song seems to simply cry out into the void, acting as an aching echo to the cries of a generation.

‘Ivory Tower’ from their latest album has been remixed by Tom Vek and, dare we say it, has been improved significantly. Setting the already lyrically interesting, catchy song atop a background of electronic haze transports it to the next level, allowing it to pervade an addictive sinister aura. It grabs you at the first bar and keeps your attention for its almost five minute duration.

To conclude, the band have taken ‘Don’t Let it Bring You Down’ from Neil Young’s exceptional ‘After the Goldrush’ album and electrified it. The cover was recorded at BBC’s Maida Vale in 2017. Neil Young’s lyrics generally evoke a sense of knowing and this song is no exception. The abstract imaginings of its lyrics paint the bitter-sweet cycles of life and death, offering a careful optimism. Everything Everything have taken this slightly eerie imagery and echoed it with sound. As such, the cover starts quietly reflective before exploding into a cacophony of electronic bliss, so much so you can almost feel the “castles burning”. It feels like a homage to the wisdom and gentle masculinity which has been embodied by artists such as Neil Young. As a conclusion to an an EP concerned with toxic masculinity it seems particularly fitting.

Despite the seemingly eclectic choice of material the subtle tonal and thematic links which run throughout this refreshing EP catapults the band into their tour amidst a frenzy of anticipation.

Tags: A Deeper Sea, alternative, EP, Everything Everything, Manchester