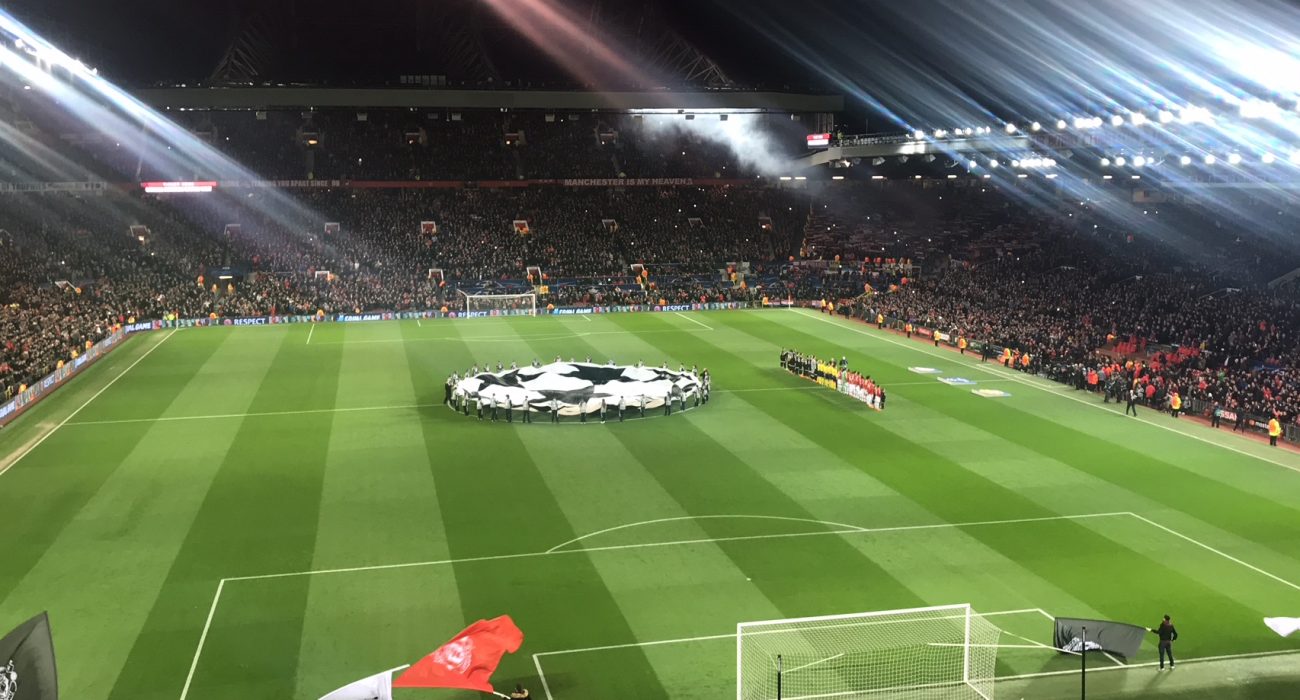 Old Trafford on a European night under the floodlights. The players walk out to a cacophony of noise around a packed stadium. The best seats in the house are taken and the stage is set for a vintage Manchester United performance at home in the UEFA Champions League.

They used to be the type of nights that would bring out the best in Sir Alex Ferguson’s United teams and provide a platform for his big players to step up on the big occasion, but in Jose Mourinho’s first knockout game in the Champions League at United his players shrunk under pressure.

After a hard-fought 0-0 draw in Southern Spain three weeks ago, United were favourites to advance to the quarter-finals of Europe’s premier club competition for the first time in four years, but Sevilla had other ideas. The first-half was a non-event, with Marouane Fellaini’s left-footed effort the only meaningful action of the first 45 minutes – a shot which forced a save from Sergio Rico.

The second half continued in the same vein, until substitute Wissam Ben Yedder, on in place of the misfiring Luis Muriel, hit a quick-fire double within minutes of his introduction. Romelu Lukaku, United’s best performer on the night, pulled one back six minutes from time, but it was too little too late for the Red Devils.

Sevilla may be situated 5th in La Liga and 27 points behind league leaders Barcelona but the team who have reached the 2018 Copa Del Rey final produced a confident display away from home against a team full of confidence following their 2-1 weekend win against Liverpool. The possession was 50-50 but Vincenzo Montella’s team looked more composed on the ball in comparison to their opponents.

Sevilla were deservedly knocked out of the Champions League 12 months ago by Leicester City but 12 months on United looked as shell-shocked as Sevilla did when Leicester overturned a 2-1 deficit. Unlike Craig Shakespeare a year ago, Mourinho got his tactics horribly wrong, many of his players looked dejected and confused.

United were slow out of the blocks in the first leg and were it not for the brilliance of David de Gea they would have found themselves behind going into the second leg. Such a situation may have helped United’s cause, it may have forced Mourinho to adopt a more gung-ho approach – like the one he adopted in the first-half against Liverpool.

Marcus Rashford looked lost out on the right-wing after scoring two goals from the opposite flank three days earlier. Alexis Sanchez and Jesse Lingard, the other two players in support of Lukaku also struggled, and Marouane Fellaini was withdrawn on the hour mark with Paul Pogba on in his place to provide a creative spark – a spark he miserably failed to provide with yet another lacklustre display.

“I don’t want to make a drama of it. We don’t have time for it. We have a match on Saturday. We have no time to be sad for more than 24 hours, that is football. That is not the end of the world,” Mourinho reflected on the poor performance of his side, and tried to maintain focus ahead of his sides’ FA Cup quarter-final against Brighton on Saturday.

For Sevilla, several players impressed both on the night and over the two legs. Former Blackburn Rovers and Stoke City midfielder Steven N’Zonzi delivered an assertive performance at the base of Sevilla’s midfield, the Frenchman completed 86 of his 94 passes attempted and bossed the game. Ever Banega, N’Zonzi’s midfield partner also played his part winning the ball back 13 times for his team. Although Sevilla had their struggles in the final third in both games, Ben Yedder eventually provided the killer instinct required to swing the pendulum his sides way.

Ben Yedder’s thumping finish just two minutes after he entered the fray put Sevilla ahead in the tie, and he doubled his tally five minutes later. Sections of the Old Trafford crowd swarmed to the exit gates when Sevilla’s second goal went in, missing Lukaku’s goal and United’s late onslaught. But the travelling fans were delighted, they stayed in their numbers to celebrate Sevilla’s impressive victory.

Sevilla became just the second team in 64 games in all competitions to beat United at Old Trafford, with the other two defeats coming at the hands of Pep Guardiola’s Manchester City – in September 2016 and December 2017. United could have prevented this, but headers from Rashford and Chris Smalling didn’t find the target. It was a cautious approach from Mourinho which proved costly as he failed to reach the last eight of the Champions League having participated in this phase of the competition eight times previously.

United’s exit ensures that Sevilla will compete in their first-ever Champions League quarter-final and they will join AS Roma, Juventus, Liverpool, Manchester City and Real Madrid in Friday’s draw. Bayern Munich also look set to be in the draw, they travel to Istanbul with a 5-0 advantage from the first leg. Sevilla’s Spanish counterparts Barcelona are also looking to join the rest, the Catalans face Chelsea tonight at the Camp Nou with the scores currently level at 1-1 at the halfway point of the tie. This years’ Champions League final will be held in Kiev, but United will not get the chance to lift the famous trophy a decade on from their Moscow triumph in 2008.