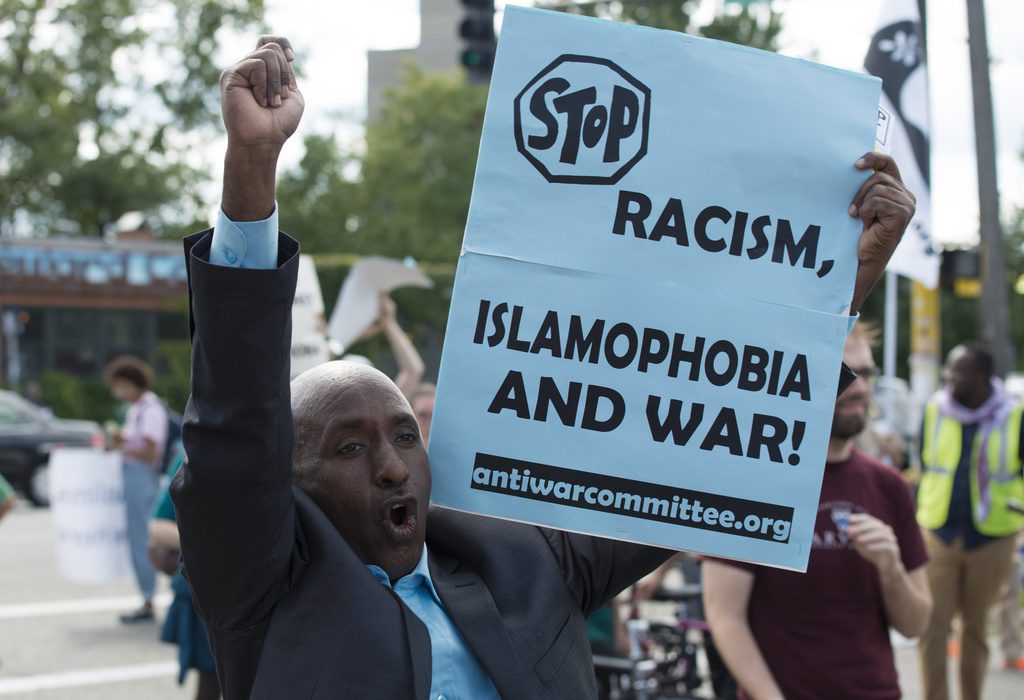 ‘Punish a Muslim Day’ is a disgrace to our society

Over recent weeks, letters have been distributed throughout Bradford, Leicester, London, Cardiff, and Sheffield announcing the so-called ‘Punish a Muslim Day’. It is not known who started it or when it started.

Within the letter there is a long paragraph saying that this event will take place on the third of April 2018, and points will be awarded for certain acts of violence (that are being encouraged to be carried out in any way  possible): from 25 points for removing a woman’s headscarf, to  2500 points for nuking mecca which is absolutely and utterly outrageous.

These letters have been spread to embed hatred, and to manipulate and bribe people into ‘punishing a Muslim,’ through a series of malicious and spiteful acts that have shook society in a negative way.

When are people going to open their eyes and see these sorts of acts do not bring society together but instead destroying it and create chaos and conflict. Seriously… when? The letters also say that Muslims have caused society “pain and heartache.” What about you?  What are you going to achieve by writing stuff like this? All you are doing is increasing tensions, and making Muslims seem like the bad guys. The people distributing these letter are also causing society “pain and heartache.”

Really, the people who are causing all this damage are extremist — terrorism has no religion. The letter is not something to be proud of — it is something that you should oppose and ignore, as we should be trying to work together to stop extremist acts, such as terrorism. And who are we to judge? We have all caused destruction.

After conducting interviews with some of Manchester Students’ Union staff it seems that many people agree with me in thinking that this letter is outrageous. Jess, Becca, and Mirium all had strong opinions and thoughts about this letter. For example, Jess believed that it was “weird and disgusting.” She also said that if she was in the position of a Muslim, she would be “terrified as you do not know if these offences are going to take hold.”

Becca exclaimed that, “terrorism is more political rather than religious, as this stereotype about Muslims has just emerged over recent years.” Finally, Mirium said that she was fearful for the direction that our society is going in” and she feels “more frustrated than angry” about “not being able to talk down people’s beliefs.”

When I finished conducting these interviews I came to the conclusion that the letter is somehow rooted in its writers’ hatred and desire to find revenge for all they have been through. But what frustrates me the most is  that we shouldn’t be following the path towards revenge, as that just proves that we are incapable of working together and that extremists can easily tear us apart and make us turn against each other. Is that really what you want? I certainly hope not. So, what are you going to do?