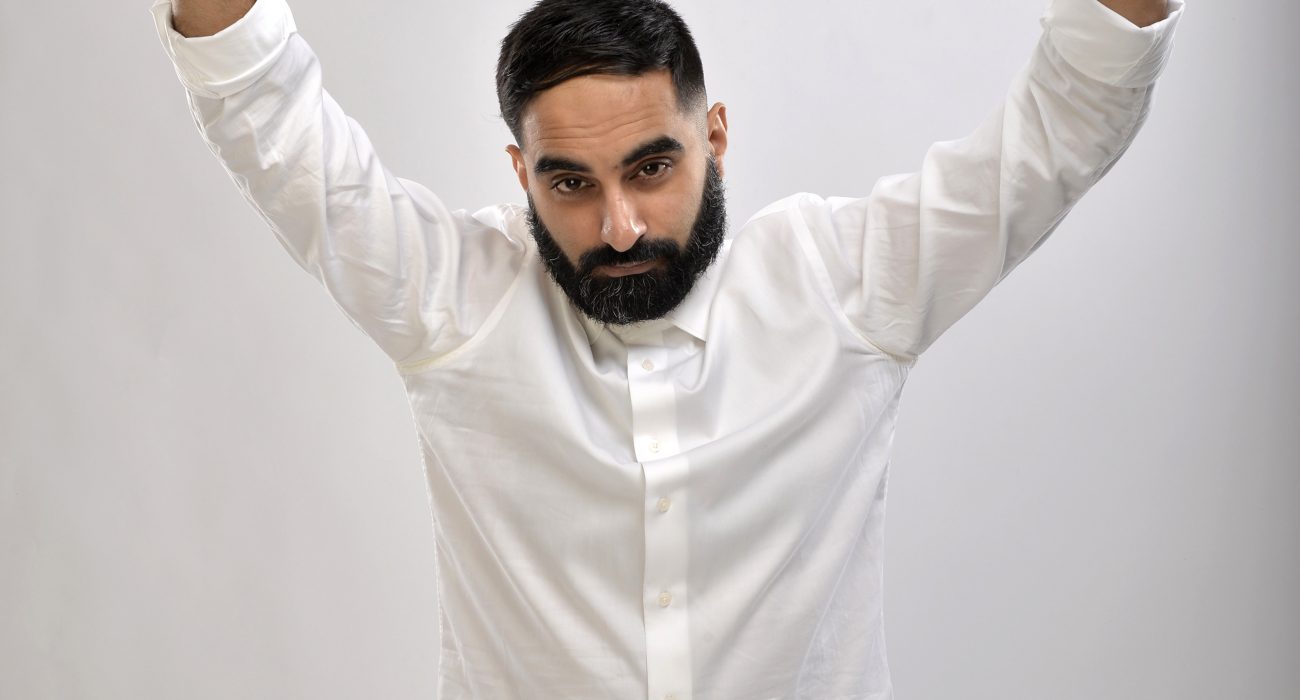 With a bibliography including two series’ on BBC Radio 4 and TV appearances on shows such as Mock the Week (BBC 2) and The Last Leg (Channel 4) Tez Ilyas’ unique brand of observational humour seeks to subvert stereotypes whilst demonstrating the diversity surrounding what it means to be British.

The Mancunion had a quick chat with the man himself:

The show is called Teztify and you’ve said that you’re doing it as a sort of ‘Teztify’ against assumptions that the world has of you, what do you mean?

I’m a Northern, working-class, Asian, Muslim and I’m British so its kind of like what do people think and what are the assumptions they have when they see someone like that on paper. Its kind of combatting and even owning those assumptions.

How have those assumptions effected you in your life so far?

Well you know theres a lot of phobia in this country. There’s racism, there’s class prejudice, there’s the North-South divide. I’m just bringing it to the national attention with lots of laughs.

One persons’ experiences are not the everyday, lived experiences of someone else. With the whole #MeToo movement I’m not a woman so I’ll just shut up and listen and see what people are going through and their experiences that I’ve not necessarily lived, or can even begin to understand, its about listening to what people have to say I guess.

How much do you want your work to effect people of the same, or similar, background as you? Do you think it does?

Its not for me to say but I just want them to come out and enjoy it, primarily laugh and if they get something more from that and they go away thinking ‘this guy is talking about a narrative that I know but I don’t see in the mainstream’. That would be really nice, but the main thing is I want them to laugh and I’m from the heart.

You’ve worked on BBC Radio 4 with your show Tez Talks, what was that like?

Amazing. BBC Radio 4 have been very good to me for a few years now. After my first show at the Edinburgh Fringe Festival in 2015, which was also called Tez Talks, they wanted to work with me and create a Radio 4 series from it in 2016 and that went really well there is now a second series that was just released last month. I’ve been really happy with the support they’ve given me and its nice that they’ve shown me a lot of love, I really appreciate that.

You didn’t start off as a comedian, you actually did Bio-Chemistry as well as a Masters. Was there ever an inkling that you were interested in doing something else?

When I finished my degree I kind of realised that I didn’t want to do science, I didn’t want to live my life in a lab, so I decided that I wanted to do a Masters in Management which led to me getting a job in London. Comedy came after that, it was an accident really. There’s not really many people in the Arts from my background and so doing this feels a bit like a privilege, but there should be more opportunities for people that want to do it and thats something I’m quite passionate about. Because maybe I would have got into it sooner if the opportunities were there.

As a comedian, would you say you’re in a unique place regarding the political climate and the situation a lot of countries seem to be heading towards?

We have a platform to say what we like, hopefully as part of a joke. Definitely I think the world is crazy but there’s also so much commentary that it can be quite difficult and things become out of date very quickly. So commentary on say Donald Trump, even within a week whats said can become old news because he’ll have done something else. So it can be quite difficult keeping up, but also it is a very interesting time.

If you want to here more from Tez his stand-up tour begins at London’s Soho Theatre 27th – 30th March and will be reaching Salford with two shows on the 29th April at The Lowry.