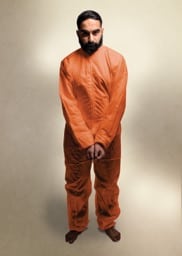 With a DJ booth resembling the packaging of feminine hygiene products, an outfit consisting of entirely glitter and a badass electric pink fringe, you would be forgiven for thinking Girli was about to saturate you in a sticky drowning of feminist drizzle, and there was nothing new to be seen.

Though balancing on a tightrope between genius and ludicrously cliché, Girli’s performance was much more than this. It was dynamic, energetic and bloody bonkers, and the kind of live anxiety we need more of in the music industry.

Ripping through fast-paced, hyperactive ‘fuck you’ tracks, and despite the outwardly exhilarating display of Lily Allen on speed, Girli contained her energy in her lyrically thought-provoking tracks; social media, the gawking patriarchy, even attitudes towards depression took a stabbing, and rightly so.

For all the glitz and heightened heart-rates, Girli seems to have some big ideas. We had a chat with her prior to her explosive Deaf Institute show, to get a sense of the woman behind the artist…

For people who don’t know you, how would you describe your sound?

We love the track ‘Hot Mess’ — was that an easy one to write?

I wrote Hot Mess about two quite recent experiences of sexism, and was pretty fired up and pissed off in the studio, so it came very naturally and quickly. I listened to some punk music for reference to fire me up even more, then just started shouting stuff down the mic!

Could we expect an album soon, or will it be more EPs for now?

I’m still writing loads of new songs and developing my sound, so for now I’m gonna be releasing singles. An album is on the horizon though!

Are you excited to be out on tour?

So excited. The crowds are so raucous and the shows so high energy, it’s like a shot of adrenaline every night. Crowd surfing is becoming a hobby of mine. Also social media interaction with fans is amazing, but can be so distant and make you forget that there are real people listening to and being affected by your music, so playing shows is wicked because you get to see and meet those people in the flesh.

Do you prefer playing in London, with it being your home town?

Playing in London is always special because all my family and friends come down and I get to show them what I’ve been up to! But I really love travelling to new places and seeing what the crowds are like and knowing that there’s people outside of London who appreciate my music.

Who are you listening to at the moment?

So much random stuff, as per. A lot of Goldfrapp, Joni Mitchell, Troye Sivan, Kesha, Chela, Drake! It changes weekly.

Who are your biggest musical influences?

I’m very influenced by the music that I listened to when I was a kid, the stuff that my parents played me at home. David Bowie, Blondie, Sex Pistols; they inspired me to perform and showed me that I could create my own character.  But also my dad loved a lot of current music at the time so I listened to a lot of Lily Allen, Amy Winehouse, Arctic Monkeys. Those bands really inspired me to write songs that were tongue in cheek, relatable, and brutally honest. Sonically, it keeps changing – alternative pop music is what I’m making and I listen to a lot of quirky, left field pop.

Advice for new starters in the industry?

Focus on making the best music you can, collaborating, telling everyone about your music and playing loads of gigs – get your name out there but also stay true to yourself, because it’s so easy to get lost in  trying to be like everyone else or what’s “cool” in the music industry.