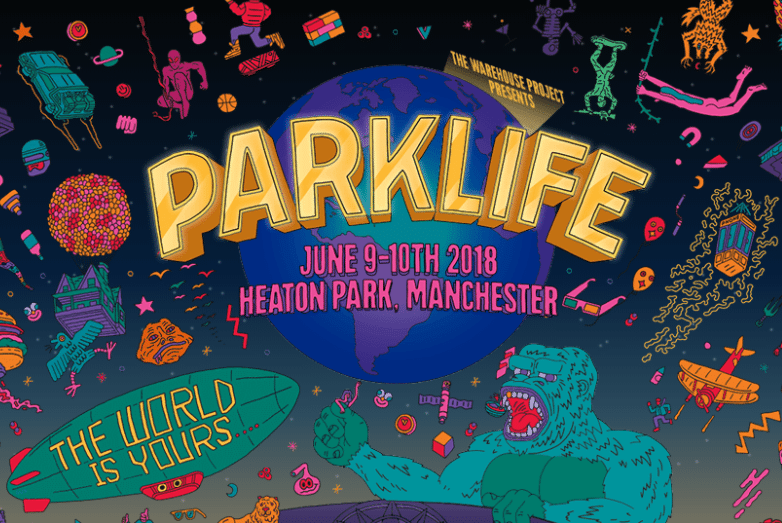 It is needless to say that Parklife Festival is something of a rite of passage for Manchester students, who take part in a mass exodus to Heaton Park every year as soon as exams are out of sight. Parklife 2017 was an immense success, with headliners including Frank Ocean, The 1975, Eric Prydz and Two Door Cinema Club. This year the festival, which started in 2010 in Platt Fields Park, will take place on the 9th and 10th of June.

At the top of the bill are indie/dream pop trio The XX and legendary grime artist Skepta. Manchester rock icon Liam Gallagher also features, returning to Heaton Park for his first headline gig there (please note, potato peelers are banned from Parklife this year). American artist Pharrell Williams will also be making an appearance with his hip-hop group N.E.R.D.

Grime and rap artists make up a fairly big proportion of the line-up: Giggs, Bugzy Malone, J Hus, Dave and Iamddb are all coming to Manchester, as well as American rappers Vince Staples and Earl Sweatshirt. In comparison, there is a distinct lack of indie acts on the bill this year, although Everything Everything are bound to be a popular addition to the festival. They will be followed by Scottish synth-pop act Chvrches will appear on the Parklife stage on Sunday, performing tracks fresh off their newest album, which is out on the 25th of May.

Head to the Sounds of the Near Future stage on the Saturday for some chilled electronica, with sets from Bicep and Tom Misch, who blends hip-hop beats with jazz elements to create a unique alternative sound. Other notable acts include Ross From Friends, ex-Manchester student Four Tet, and headliner Bonobo.

As always, at Parklife, you will be spoilt for choice in terms of DJ sets. Dance away your exam stress at The Palm House stage, which is celebrating its second appearance at Parklife with a line up curated and headlined by DJ the Black Madonna on Saturday. Acts include Motor City Drum Ensemble, Jackmaster, Peggy Gou and Mall Grab. The Palm House will be headlined by The XX member and Parklife veteran Jamie XX on Sunday night.

So grab your mates, your bio-degradable glitter and the last few tickets and convenient travel passes while you still can and join the other 140,000 festival goers heading to Heaton Park. Just be sure to have some wellies at the ready just in case!

Tickets can be found here.