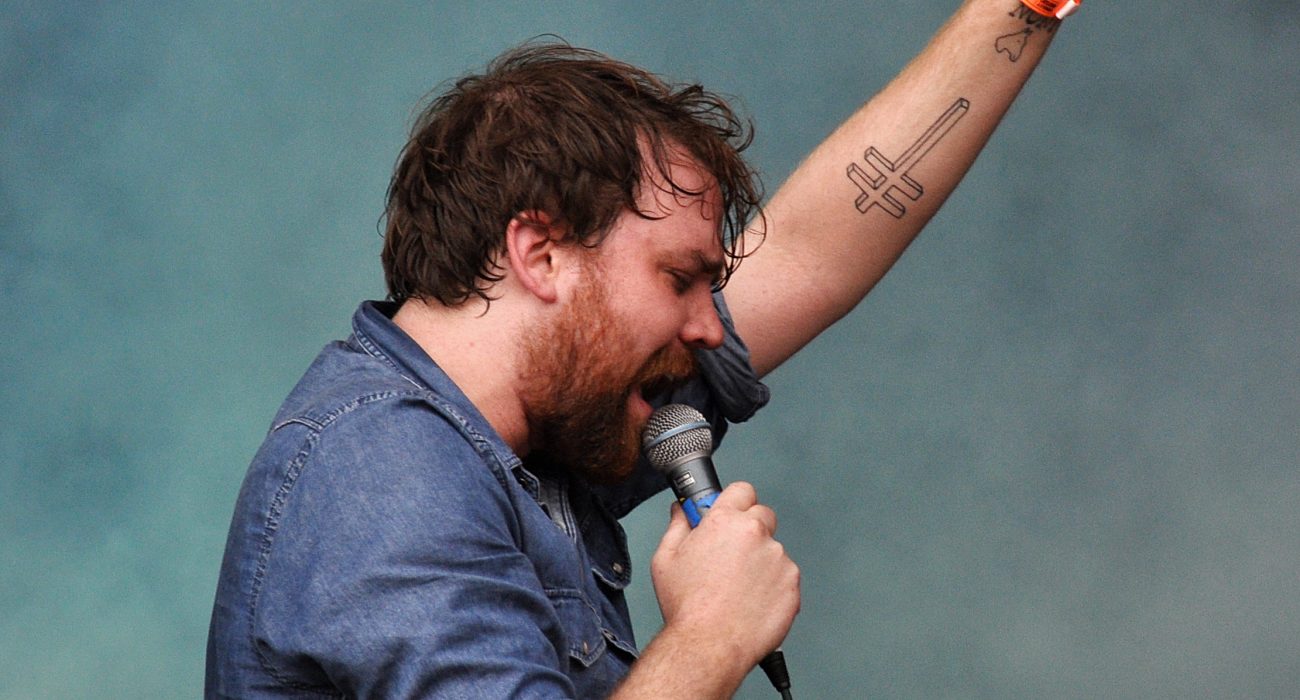 Most notable for being the frontman of the Scottish Indie Folk band, Frightened Rabbit, Scott Hutchinson was a highly respected musician. Touted as influences from artists such as Biffy Clyro, Frank Turner and Death Cab for Cutie, Scott was well loved not only as a musician but also as a person.

Originally a nickname was given to Scott by his mum due to his shyness as a child. He then adopted Frightened Rabbit as a stage moniker in 2003. It only grew and evolved from there; his brother, Grant Hutchinson, joined as the drummer in 2004 and was followed soon by guitarist Billy Kennedy in 2006.

Their debut album, Sing the Greys, was released in 2006 with a limited run of just 1000. While it saw moderate success it wasn’t until they released their sophomore album, The Midnight Organ Fight, which they started to reach acclaim in 2008.

Releasing three more albums since then, including another one that was in the works, their distinctive blend of Indie, Folk and Rock with slight brushings of Pop and Post Punk was a delight. Mixed with some potent lyrics it gave Frightened Rabbit both an intimate but broad sound.

Scott’s ability to strip himself down as a person to expose himself to his art was remarkable. It gave his work a very human touch to it and made it extremely relatable. Never holding back from his experiences in life it gave his work an emotional sting. It resonated well with people and touched so many as they managed to find solace in his words.

In the early hours of Wednesday morning, Scott went missing. There had been serious concerns about his mental wellbeing at the time. Until wasn’t until late Friday afternoon that peoples worst fears had been realised after a body had been found and identified as his.

His battle with mental health was a reoccurring theme in his work. It makes his death even more tragic. Always being very forward and open about it gave a layer of depth to his work. Songs about loneliness, his own flaws and thoughts about suicide cut very deep. This deconstruction of himself made him human. He wasn’t perfect. He never claimed to be. Scott was just another person trying to carve his place in the world like the rest of us.

On ‘Head Rolls Off’, Scott sang, “While I’m alive, I’ll make tiny changes to Earth,” and he certainly did that. You only need to look on social media to see condolences from not only other artists but also fans. It’s kind of funny how someone can have such an impact a person life despite never meeting. It’s just a testament to how powerful his art is.

On a personal note, I can’t remember any time that the death of a celebrity touched such a nerve with me. A friend of mine introduced me to The Midnight Organ Fight while I was in my first year at University. It instantly struck a chord with me. It was an album I’d put on repeat again and again.

I was lucky enough to see the band perform it live in full back in March. It’s hard to believe that was around 2 months ago. Scott seemed so full of life. He was confident and joked on stage about some of the songs. It’s difficult to imagine that in such a short space of time that he’s taken his own life.

Songs off that album, like ‘Floating in the Forth’, now have a bigger emotional impact to them than they ever previously. This loss in his battle puts the album, and the rest of their material, in a whole new light.

But Scott’s original message with Frightened Rabbit should not be forgotten. No matter have dark things may seem, there is always a glimmer of light. This message of hope and overcoming the darkness is what we should remember from Scott. Not the ugliness of his untimely death. I know it’s a message I’ll carry with me for a long time. Farwell Scott. You are already missed.

If you’re struggling depression, suicidal thoughts or any other mental health issue you can seek help here