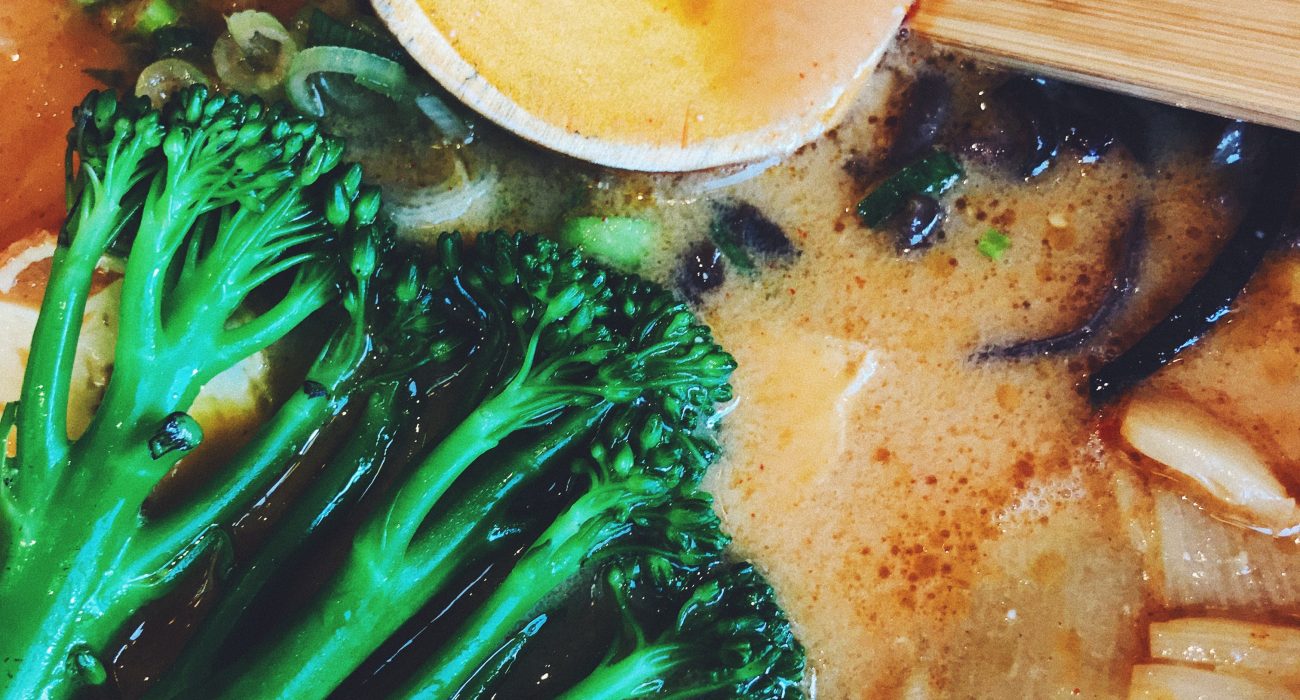 Piccadilly Gardens has had a tough time keeping its reputation afloat; The Manchester Evening News recently explored why the council has supposedly found it so difficult to make it a place Mancunians actually want to go.

Places like Shoryu though, are giving it their best shot to turn its reputation around. Its launch in winter 2016 was met with a warm reception, and it seems to have gone from strength to strength ever since.

The restaurant prides itself on their tonkotsu ramen; it’s a fatty pork stock that hails from Hakata in Japan, served with straight ramen noodles. It’s extremely rich, salty, and delicious, but quite rightly would make most vegans and veggies turn away in search of something a little more up their alley.

But Shoryu’s vegetarian options are not to be sniffed at (although they do smell delicious). They offer two ramens:  the first is the ‘white natural’, which has a base of tonyu soy milk and is filled with tofu, kigure mushrooms, bamboo shoots and seaweed. The second is the ‘spicy vegetarian’, which is essentially the white natural with an extra fiery kick, and some tenderstem broccoli added. I obviously had to try both.

The spicy vegetarian really packed a punch. The chilli is warming and you can definitely feel it hit the back of your throat, but it isn’t so overwhelming as to completely dull the flavours of the vegetables within it. My only slight qualm was with the tofu, as it’s something that’s notoriously unpopular, but can be made to taste absolutely delicious if well marinated. Whilst the tofu in both soups was cooked to perfection, it tasted quite bland.

The white natural had the same issue, but the broth itself was exquisite. The soy gave the impression of a rich tonkotsu, but I felt much less bloated after it than if I had had the meatier alternative.

Black sesame tofu (not for the faint hearted) Photo: Kirstie O’Mahony @The Mancunion

My partner and I also had some sides. He insisted on trying the black sesame tofu, which sounded amazing but I have an extreme aversion to anything remotely gelatinous, so silken tofu is something I can’t really abide by. He assured me it was delicious however, if only for people who have a penchant for interesting textures. There was some toasted sesame on the top of it which provided a crunch to balance the softness, and had an excellent and complex flavour to it. Who said vegetarian food had to be boring?

I, however, opted for the far safer option of vegetable tempura. The batter itself was light and crispy and perfectly cooked. The vegetables included the more classic sweet potato, but also tenderstem broccoli, which I’d never had in tempura batter before. It worked incredibly well; the batter clung to its flowering head and provided varying texture. It also came with a vegetable croquette, which was definitely a fancier version of one you might find in Iceland, but it was a croquette nonetheless; it’s hard to make what is essentially a rounded ball of potato taste that exciting. They were all served with curry salt, which gave the whole dish a depth that it may not have otherwise have had if only served with soy sauce.

What really made this meal though was the dessert. We opted for the matcha cheesecake and the chocolate matcha sundae. Matcha is typically quite bitter, but in both desserts it was paired beautifully with its sweeter counterparts. The sundae was a particular highlight; it was refreshing and light, whilst still feeling somewhat indulgent. It’s the perfect treat for a summer’s day. The cheesecake was a final delicate finish to the meal.

Overall, I think my high expectations of the rest of the Shoryu menu left me somewhat wanting when it came to their vegetarian options. However, the desserts were incredible, and definitely worth a visit just for them. I’m Shoryu will love them! 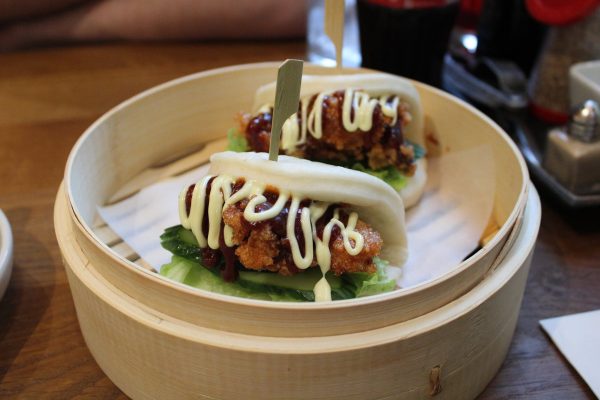