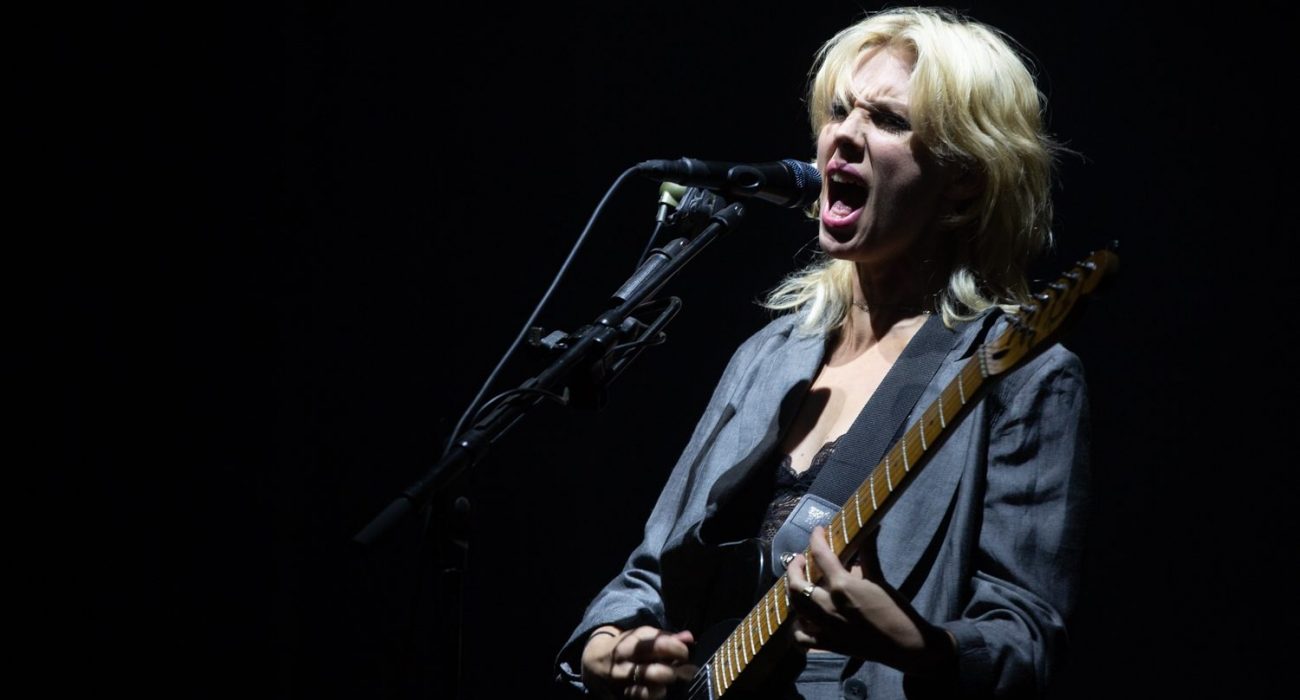 After a triumphant few months, London’s finest, Wolf Alice, took the BBC Radio 1 Stage by storm at this year’s Reading and Leeds Festival. Attaining this coveted headline slot has become somewhat of a rite of passage for Dirty Hit’s bands, with The 1975 stepping up to the plate just two years before and needless to say, Wolf Alice were absolutely phenomenal.

From the very beginning of their set, lead singer Ellie Rowsell was set on instigating a manic atmosphere. Emerging on stage under the cover of darkness, the band launched straight into Your Loves Whore, with the lights coming up on each individual member one by one as they all built to that iconic crescendo. It was a wise choice of an opener; choosing to omit the admittedly still brilliant Heavenward provided Wolf Alice with the much-needed momentum to set the crowd going from the get-go. Rowsell’s swooning vocals were quickly swapped out for vicious snarls on next track Yuk Foo, with fellow band members collectively screaming “You bore me to death!” back to the adoring crowd.

Romantics in the tent that night were brought to the brink of tears when a couple were invited on to stage just before Don’t Delete the Kisses for one hell of a marriage proposal. Thankfully, she said yes, which Rowsell loudly announced to the whole tent to riotous cheers. With disco ball illuminated overhead and light pouring all over the crowd, it was one of the most memorable moments of the entire set.

Wolf Alice were really performing at the top of their game that night, and it seems that every gig they play only serves to improve their stage presence and prowess. The band’s bassist, Theo Ellis, spent most of the set whirring around like a madman alongside Joff Odie. The two guitarists were a joy to watch as they danced manically across the stage under the watchful eye of drummer Joel Amey. As is usual for Rowsell, her initial trepidation is dropped as the evening progresses. By the time Visions of a Life is playing, the frontwoman is caressing the mic with sinister vocals and staggering around the stage in true rock star fashion.

Giant Peach – the closer – saw the gang performing as a collective powerhouse of raw, primal energy which was immediately reciprocated by the packed out tent. As the song reaches its peak, Rowsell dismounts the mic and descends into the crowd below her. With hands in the air and circle pits spinning, confetti cannons blast. The band reunite on stage and gaze out towards the chaos. A normal night for them then.

This was a truly astounding performance that serves as a perfect culmination of a year’s hard graft. With two farewell shows set for December in both Manchester and London, Wolf Alice are surely cementing themselves as leaders of the pack.