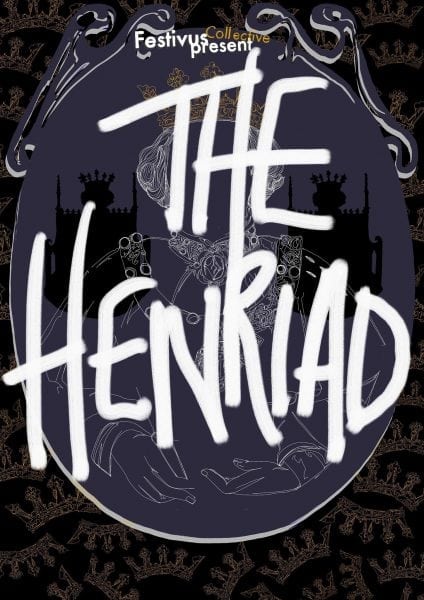 The intensity of performing at, and experiencing, the Fringe, has led to a certain numb exhaustion. Having packed our days full of plays and people, eleven of us in a two-bedroom house, none of us had properly acknowledged or appreciated just how full-on it would be.

This was partly because of the extremely ambitious task we had all chosen to undertake – the production and delivery of three of William Shakespeare’s History plays. Directors Sam Kioni Roberts and Jack Waterman (Festivus Collective) set themselves a mountainous task. They had to condense Richard II, Henry IV part 1, and Henry V, alongside a cast from Edinburgh University performing the intermediary Henry IV part 2. This ‘Henriad’, ran from the 13th to the 25th of August, with each History enacted three times respectively.

The shows were by no means the only reason for this intensity. In total, we had 21 cast members. Their days involved a performance in the morning at the beautiful Greenside Parish Church. This was usually followed by a mandatory trip to Wetherspoons – for either consolation or celebration. Then a few hours were spent flyering to strangers foolish enough to be shouldering their way down the Royal Mile. This was often soul-crushing; with Scotland being Scotland, the weather was less than ideal.

Ollie Norton-Smith’s Woyzeck was one of the particularly impressive productions that I saw. Oddly enough the next evening I had a surreal encounter in the Grassmarket at an ABBA-themed disco night with a member of their cast. In a dreamlike way, comedian David O’Doherty joined me at the urinal in C-venue with no air of arrogance. This, in a sense, epitomises the Fringe. The lines between actor, director, audience, the famous and the general public are all so pleasantly blurred that you feel submerged in a melting pot of creativity and culture.

For anyone even slightly sensitively or imaginatively inclined, the infectiously artistic atmosphere can quickly make the pandemonium that is the Edinburgh Festival feel like home. I sincerely hope I am lucky enough to return next year and enjoy the Fringe’s catalogue of unfamiliar and, unforgettable experiences.