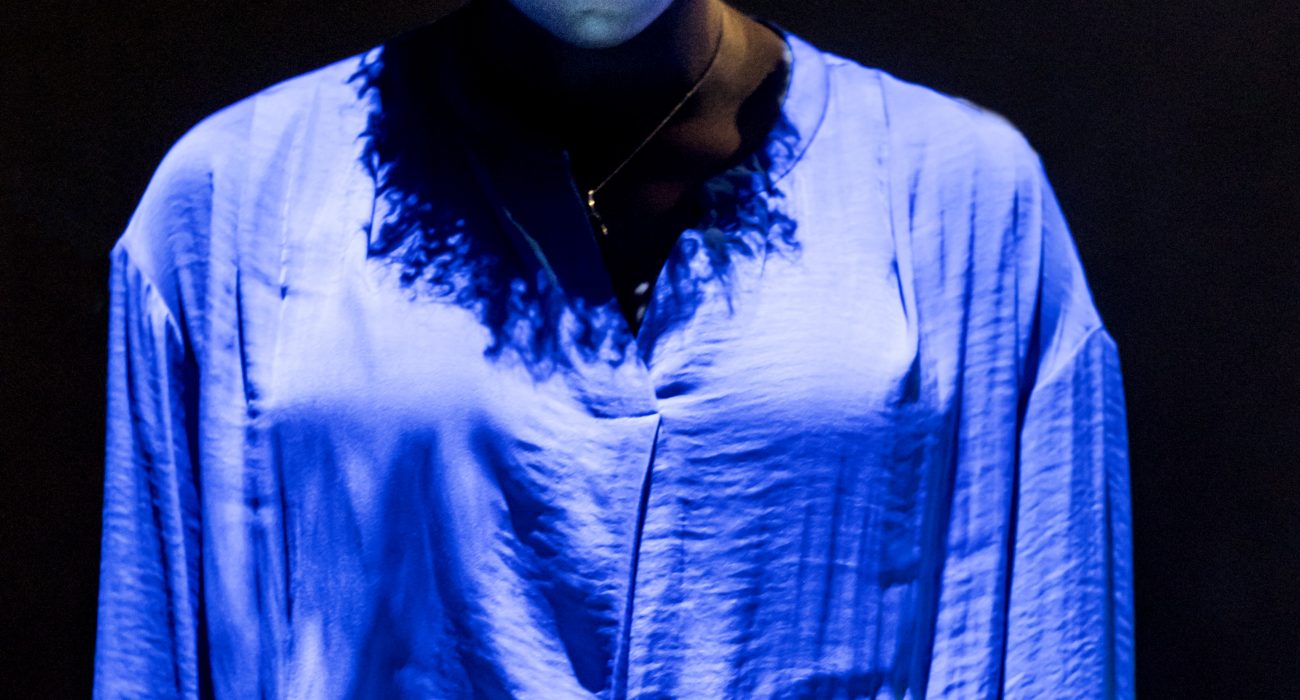 When approaching any Shakespearean production, I must confess, I approach with trepidation. How will they make this engaging? How will it translate to a contemporary audience? Will I understand what’s going on? Elizabeth Freestone’s direction is illuminating, playful and engaging. The potential for comedy is utilized in the modernisation of text. Sound is implemented tacitly in the mounting of intensity, and song is also adopted in a mournful reflection of war and its destruction. This was a much welcome change in the texture of the piece as an unrelenting ferocity reigned dominant.

Set in the round, there was a strong sense of isolation and loneliness created by a wash of blue, speckled with sea foam surrounding a green, circular platform. This theme of isolation permeates throughout the piece; as Queen Margaret (Jade Anouka) navigates her political role as wife to the King and bearer to his heir. She is left marooned with the enormity of managing established expectations against her more aspirational intentions. The audience in the round positioned them as the people of Henry’s England, side-lined, merely spectators of political game.

The set represents a hearing room for parliamentary affairs. In its modern adaption, however, it’s more Lord Sugar boardroom-esque, fraught with bickering and name calling, than a respected high court steered by a resolute monarch. Amanda Stoodley’s set is easily adaptable in its simplicity. A set of three circles hanging over the centre of the stage gradually fall out of alignment, exhibiting the culminating destruction to not only Queen Margaret’s character, but to England and its people.

The density of Jeanie O’Hare’s ‘Queen Margaret’ is undeniable: constructed with a richness of characters and a luminosity of political game and corruption. What she most explicitly presents is the abilities and the circumstances surrounding female leadership. In its modern placement, it’s hard to ignore the all-blue wardrobe of Queen Margaret calling to mind the party politics of Theresa May and Margaret Thatcher’s cabinets and parallels to be drawn to Henry VI’s.

Even the narrator-like Hume (Helena Lymbery) draws connections between the disenfranchised people of Henry VI’s England and the overwhelming disconnection felt by people in Britain today. Hume rejoices in the uprisings against Henry only to realise that it is the people who fare worst from war. she becomes powerless and morality can no longer be held when faced with the mere practicality of survival. She protests “I don’t even know what side I’m on anymore,” and perhaps that simple cry for explanation or clarity exemplifies our current political climate just as aptly as Shakespeare intended to speak of just and rightful rule in Tudor and Elizabethan England.