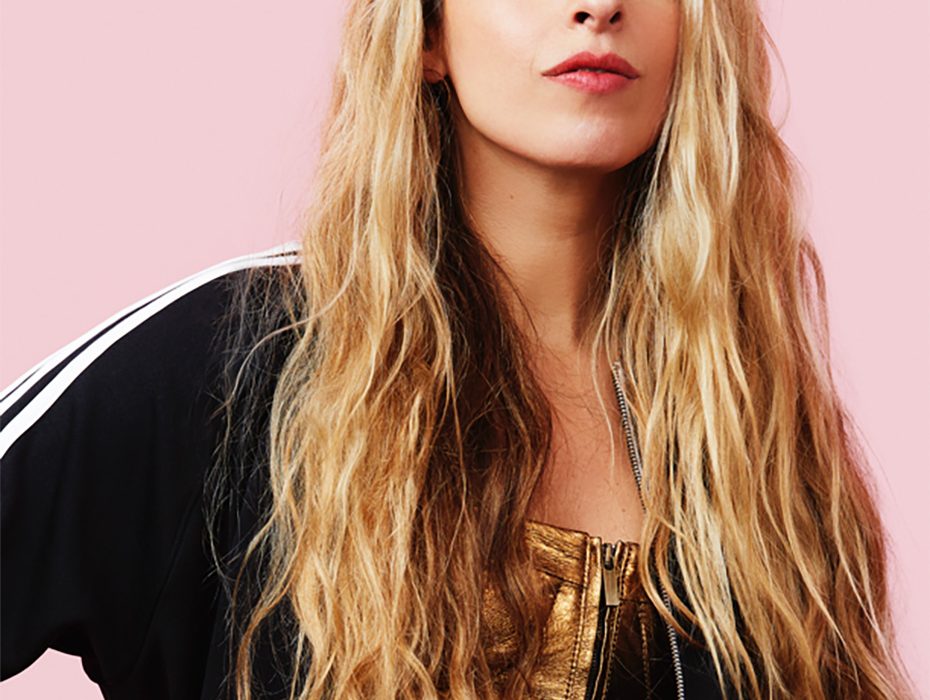 Shortly after the premiere of Skate Kitchen, director Crystal Moselle and I sat down at a table outside HOME’s cinema space for a quick chat. Although the post-screening Q&A sessions helped contextualise the film – it was originally a documentary that evolved into a story based on real experiences the Skate Kitchen girls had – some more technical questions were on my mind.

The up-close-and-personal style of the film was made possible by shooting on an Arri Alexa with fixed Panavision lenses. Keeping angles low portrayed New York City as it is: rich, vibrant, and filled with unique stories and personalities. Although NYC can be a challenge for some filmmakers, Crystal is in her element there, “I’ve been filming in New York for over 15 years so, for me, it’s not really challenging. I’m very used to cruising in and out of cars.” She says “the challenge was when you had a permit to film on a certain street and then you wanted to film on another street where you’re not supposed to. […] New York is very “film-friendly”. In a lot of the places it’s free [to get a permit].”

One of the famous faces in the feature is the multi-talented Jaden Smith. I was curious as to how he and Crystal met. “He hit up Rachelle on Instagram and was a fan of hers and her skateboarding. They then became friends and this became this thing of “who should be in this film?”Jaden acts so he became a part of the family and would hang out. […] If you put yourself out there, it’s really easy to hook into the whole community. I’ve lived in New York for 20 years, I was part of the youth culture at first and now I’m essentially an anthropologist for it.”

As someone who has dabbled in the Barcelona skate scene, I’ve made many skater friends along the way. One particular friend of mine, Marc, showed me an article that called skaters “elitist” and “exclusive” yet he believes that skate culture is very inclusive: you skate, you’re in. Yet, Crystal argues that getting “in” with specific groups of skaters can be challenging but if you just do your own thing in your local skate park, you are bound to make friends.

According to Crystal, skaters give Jaden Smith a hard time. “They can’t accept that he’s a good skater. He can f****n’ skate but he still gets s***.  But he doesn’t give a f***; he still goes out there to all those parks, shreds, talks to everybody and puts himself on the same level as everybody else. So, it’s hard to break into [the skate community] but then it gets to the point where, eventually, you do get in.”

The Skate Kitchen girls, however, have also been targeted online; “This film has been getting a lot of backlash from boys online and I’m telling them “guys, this is the whole reason why we made the movie… older skaters and magazine owners are really set in their ways and don’t want to give any of these girls a pass.”

I feel Skate Kitchen represents the real, feel-good aspect of skating with friends. This feeling, however, led to the film feeling slow at points. This allowed scenes to play out in a realistic fashion.

I told Crystal how the film made me feel like I was there, to which she replied, “That’s what I aim to do. Too much plot makes me uncomfortable. Sometimes I’m like “that feels fake, that’s bulls***”. Upon hearing this, Three Billboards Outside Ebbing, Missouri popped into my mind, a film that, in my opinion, felt scripted and fake. Fortunately, Crystal agrees with me “I f****** hated that movie. The characters… Who the f*** likes that movie? The whole time I was looking around thinking “how is this movie nominated?” This movie sucks, it’s like a fake Cohen Brothers movie… what’s his name who won an Academy Award (Sam Rockwell)? I thought his character felt SO fake.”

“It took me three sittings to finish it – on three different flights! Each time I went back I’d go ‘oh man…'”

A true artiste (and a fellow Three Billboards hater) Crystal Moselle is an original storyteller and a person who appreciates the art of atmospheric cinema. Her film Skate Kitchen will be released in the UK on 28th September.