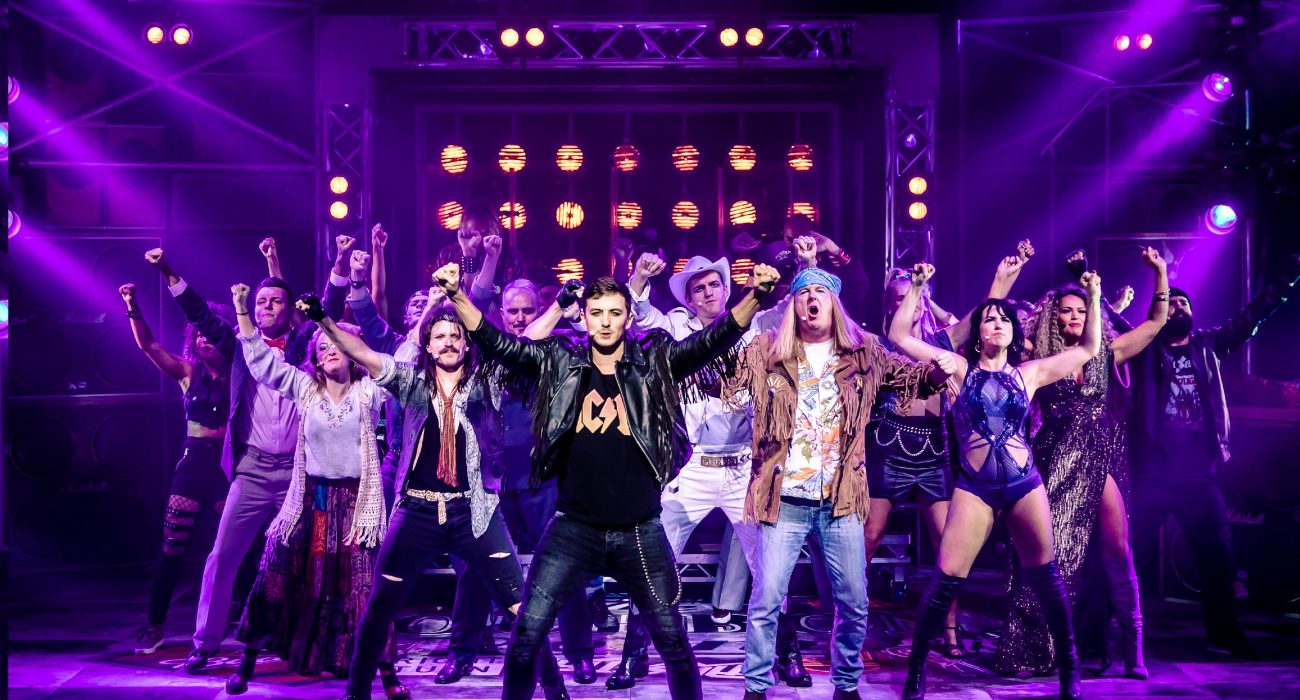 ‘Rock of Ages’ is a pelvic thrusting, light-hearted, jukebox musical featuring famous, glam-rock classics; it was written and created by Chris D’Arienzo. The show offers an opportunity to indulge in infamous hits and the extravagant rock and roll lifestyle of the characters. Originally a stage production, it was adapted for the big screen in 2012 and was directed by Adam Shankman. Although the film was criticised for its lack of real grit and its weak script, the stage musical continues to be much anticipated. The show relies on its audience’s love of 80s rock songs such as ‘We Built This City’ and ‘The Final Countdown’.

The weak script is more easily overlooked in Nick Winston’s stage-bursting reboot, although the show’s sexualisation solely of its female characters is harder to forgive. In the opening scene, a woman wearing tight denim shorts rides a bicycle, back arched, buttocks out across the stage, as narrator Lanny (Lucas Rush) introduces the show. This sex appeal initially seemed to embody the excessive rock-n-roll lifestyle Winston is clearly trying to cultivate, yet it becomes demeaning when the male characters remain fully clothed throughout, with the exception of a few conservative scenes.

Of particular sexual objectification are waitresses and strippers, both of which young, dreamer Sherrie (Danielle Hope) becomes. The show illustrates a simple love story between aspiring actress Sherrie, who meets hopeful rock-God Drew (Luke Walsh) on the sunset strip in LA. They showcase their love through their initially shouty, but eventually powerful and impressive renditions of 80’s rock hits, whilst they work with Lanny at the iconic Bourbon Room (based on Whisky-A-Go-Go) which is run by Dennis (Kevin Kennedy).

The antagonists of the story are German developers Hertz Klinemann (Vas Constanti) and his son Franz who try to convince the city’s mayor to demolish Sunset Boulevard in favour of clean living — this would involve bulldozing the Bourbon and rock-n-roll lifestyle of the strip. There are moments of genuine hilarity, though having said this, I was impressed to see a tenderness, rather than mere comedy in the love scene between Dennis and Lanny. The show, however, could have gone further by embracing a gay Franz rather than simply having him claim to be straight and avoid kissing Regina (Rhiannon Chesterman) on the lips. The show is a feel good, straightforward, and ‘bitchin’ watch, and as such, the occasional reediness and faults in the songs can be overlooked. The reliance on female performers for the shows sex appeal, on the other hand, cannot. 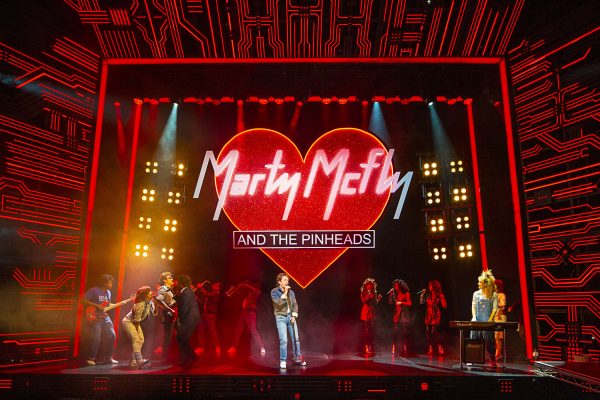