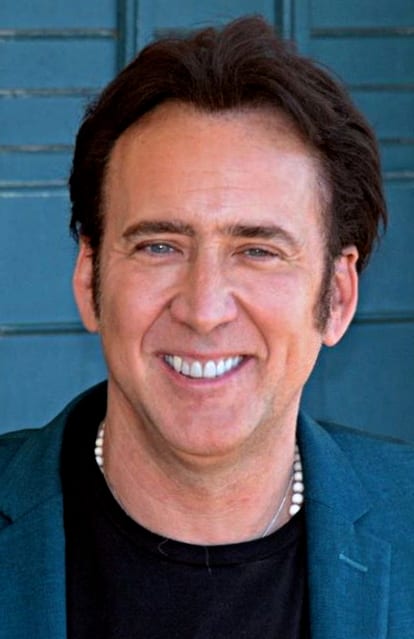 Brutal, strange, and featuring Nicolas Cage at his insane, over-the-top best, Mandy is an instant cult-classic.

Mandy is a film that I’ve been curious about since its first bizarre trailer was released; I’m happy to say that having now watched it, the months of anticipation were certainly worth it. Directed by Panos Cosmatos, Mandy tells the story of Red Miller, played by Nicolas Cage, and his girlfriend, the titular Mandy, played by Andrea Riseborough, living in peace in a cabin by a lake. Their life is interrupted by, as Miller puts it, ‘crazy evil’, leading him on a violent revenge mission against a cult of ‘Jesus freaks’ and a demonic biker gang. It is a hard plot to describe, and I wouldn’t want to give too much away, but trust me when I say this — it is a sight to behold.

What makes Mandy unique amongst other action, horror revenge films is its style. Mandy has a distinct, dark yet beautiful look, with the use of red and purple lighting creating an otherworldly feel that perfectly suits the events taking place on screen. This is aided by its soundtrack, composed by the late Johann Johannsson, a true prodigy who was nominated for academy awards for his work on The Theory of Everything and Sicario.  The film is remarkable in how it manages to feel highly original, yet wears its homages on its sleeve to great effect, making the film a treat for horror buffs like me. The lake the characters live by is named Crystal Lake, a homage to beloved slasher franchise Friday the 13th, and there are numerous references to superhero comics and other horror franchises throughout, particularly to the Evil Dead trilogy, which, incidentally, I recently watched for the first time.

The film is paced perfectly. A two-hour film, the first half takes the time to ensure the protagonists are as likeable as possible, whilst the antagonists are as detestable as possible. This is to the effect that when Cage finally wields his axe and crossbow to start kicking ass it’s as satisfying as it could possibly be. When the revenge killings do begin, they are brutal and exhilarating, with the fight sequences being some of the highlights of the films; particularly one involving two opponents with chainsaws facing off. As well as perfecting the action elements of the film, Cosmatos also perfects the horror, with the demonic biker gang having a memorably disturbing look comparable to that of the Cenobites in Clive Barker’s Hellraiser.

Now, let’s talk about Nicolas Cage. He is now largely known for his roles in terrible films such as The Wicker Man and Left Behind, but people forget that the man is capable of giving a great, if slightly over-the-top, performance, as is the case here. Cage is convincing in the role of a normal man consumed by vengeance, and whilst we route for him throughout, he becomes just as terrifying as any slasher villain in the second half. Additionally, Andrea Riseborough does a terrific job with what she’s given. Though her role may be somewhat cliché given the nature of the film, she is cool and affable in the role.

Mandy is a film that not everyone will enjoy. It is bizarre, gruesome, and slow at times, but it achieves what it sets out to do perfectly. I would recommend it to horror movie fans and anyone who wants to see something unique from anything they have seen before.