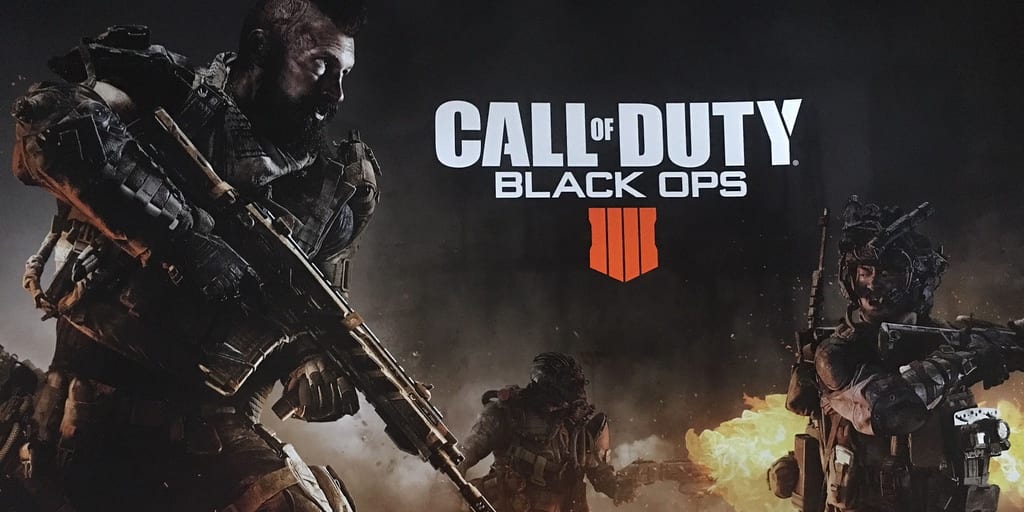 It’s 2018 and the new Call of Duty is the talk of the town. Many would argue – and I agree – that the series’ fall from grace came in 2012 with the launch of Ghosts. In the last 5 years, the franchise kept diverging from the original formula in an attempt to stay fresh with yearly releases. Exo-skeletons, jetpacks, laser weaponry and cyborgs became the norm until last year’s WWII, the setting that started it all. Despite an attempt a rebirth, WWII was not well-received and was massively overshadowed by its competitor, Battlefield 1. Black Ops 4 was a make-it-or-break-it entry for the franchise and it’s definitely made it.

The current gaming scene is all about the Battle Royale experience. Playerunknown’s Battlegrounds brought the sub-genre into the mainstream and Fortnite launched it into the pop culture stratosphere. Activision clearly wanted a slice of the Royale pie; prompting two massive changes to the game’s core: they did away with the staple yet overdone cinematic campaign (press “F” to pay respects) and replaced it with Blackout, the franchise’s very own Battle Royale. However, before you sigh and overlook the mode, you’ll be pleased to know that it’s the best Battle Royale I’ve ever played.

“1v1 me on Rust, quickscopes only” was the challenge everyone heard back in the day. Stepping up to the challenge made us the gamers we are today. (Well, we thought so, anyway.) Blackout brings this classic philosophy and applies it to a 100-player deathmatch. The Battle Royale formula and the Call of Duty gunplay mechanics are a match made in heaven; not only can you feel like the king of the hill when placing first, but you can get there with reliable hit-reg and fun gameplay mechanics designed to keep you pushing forward, unlike PUBG. Many critics of Playerunknown’s broken, buggy mess argue that the game mostly consists of waiting around for enemies to push you – and they’re not wrong.

Blackout keeps the match interesting with a map that feels large but not enormous and a shorter time between phases in which the circle limiting free roam closes. An intelligent move by Treyarch is that of including classic Black Ops maps within the larger map. Nuketown, Estates (Villa), Turbine and Firing Range are on the list. And, uniquely, there are also zombies maps (Verrükt, Diner) populated with hordes of the undead. The higher risk in these zones ensures better loot, if you’re willing to mow down zombies and real opponents alike.

Unfortunately, Blackout is not a standalone experience; you have to purchase the full £50 game to play it. In a market where PUBG costs £27 and Fortnite is free, I believe that the game would stand a chance at becoming the number one Battle Royale if it was sold separately from the base game for, say, £20.

“Push, push, push” applies to the multiplayer mode, too. Every element of the game – specialists, map design, perks, scorestreaks and mechanics – is there to keep you moving forward. Gone are the days of camping a window and landing a 25-kill nuke before the match ends. Although the gameplay is mostly “boots-on-the-ground”, fast sprints, fast animations, slides on the ground and fast gunplay (fast being the key word here) put you on edge every match. Gunplay is satisfying and easy to pick up, as it is in every Call of Duty. “Specialists” bring elements of Overwatch to the franchise by forcing players to take up roles that have a noticeable effect on the battlefield with their unique characteristics. Every Specialist has a minor ability that recharges every 90 seconds or so; for example, Torque can place razor wire and Ruin can grapple hook to zip around the map (he is the only specialist with a grappling hook and its use is very limited and, therefore, well-balanced). They also have a stronger ability that acts similarly to a scorestreak but doesn’t require skill to achieve. Nomad can call in a K-9 unit to do his dirty deeds, for example. 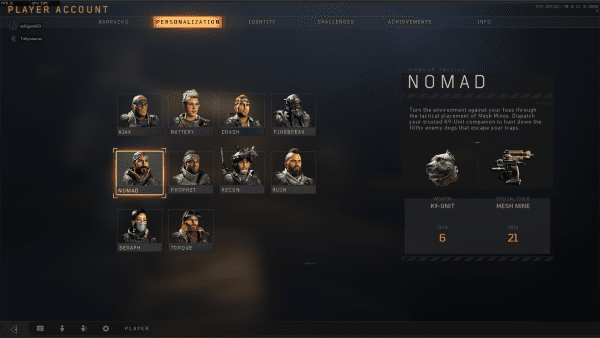 The health system has been revamped; gone are the days of bleeding eyeballs that recover by magic. Every player has 150 non-regenerating hitpoints, which can be reinforced with armor, and a syringe. This syringe refreshes every 5 seconds, allowing players to heal up multiple times in a life, making engagements strategic. A particular gadget allows players to keep a weapon up while healing, allowing for greater control over the gunplay.

Maps are cleverly designed, with a similar formula present in all of them; they have two spawn areas, a midpoint with a circular flow and multiple paths around the whole map. This design subtly does away with the classic tug-of-war feeling maps used to have and mixes players’ routes around each other. 10 of the 14 maps available at launch are new but some classics return: Firing Range, Summit, Slums and Jungle. Nuketown, the staple map of the Black Ops series, will be coming to all, for free, in November.

The learning curve is rather steep, however, with hundreds of possible class customizations and 10 specialists to master over the game’s lifetime. Of course, forthcoming DLC packs will bring even more content to get accustomed to.

The third and final mode in the game is the beloved Zombies – a game within the game, a new sub-genre of the FPS genre that no other game, or studio, has been able to replicate. Treyarch simultaneously birthed and pioneered the mode in 2008 with World At War. As the years went by, Treyarch’s instalments in the Call of Duty franchise kept becoming more and more ambitious. Maps got bigger, the storyline became more complex, the gameplay evolved with crafting and magic powers, and the easter eggs which ultimately told this story became more bizarre each map release (by franchise entry and by DLC). Black Ops 4 brings back the undead stronger than ever with three maps at launch. A new cast of characters are thrown into Voyage of Despair, a map on the Titanic, and IX, a trip back in time to a Roman Coliseum. The original Black Ops quattro return to Alcatraz – first introduced in Black Ops 2 as Mob of the Dead – in Blood of the Dead. 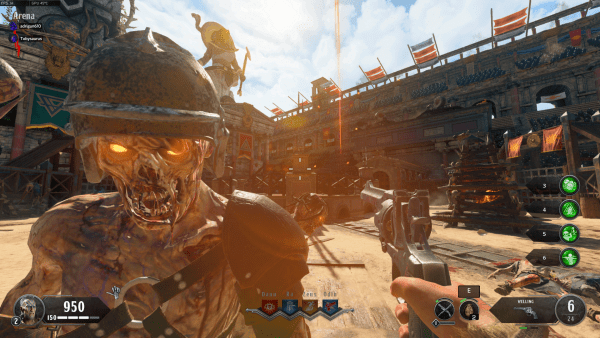 There are many changes to the gameplay, as every DLC on Black Ops 2 used to do, but, at its core, it’s another instalment of Black Ops Zombies, and that is fine by me.

Black Ops 4 brings back everything that made Call of Duty great. Every mode is playable with friends and it all feels familiar yet fresh, all at once. Multiplayer challenges and unique matches of Blackout will keep players returning to the game over and over again, like we used to do back in the day. The tried-and-tested formula got stale, forced innovation and flopped but it’s time for it to reign supreme once more.

The well-polished experience might not appeal to all; if you hated the franchise back in 2010, you’ll hate it now but if you’re willing to give it a chance, you might just find one of your favourite releases of the year.

Call of Duty: Black Ops 4 is available on PC, Xbox One and PS4.