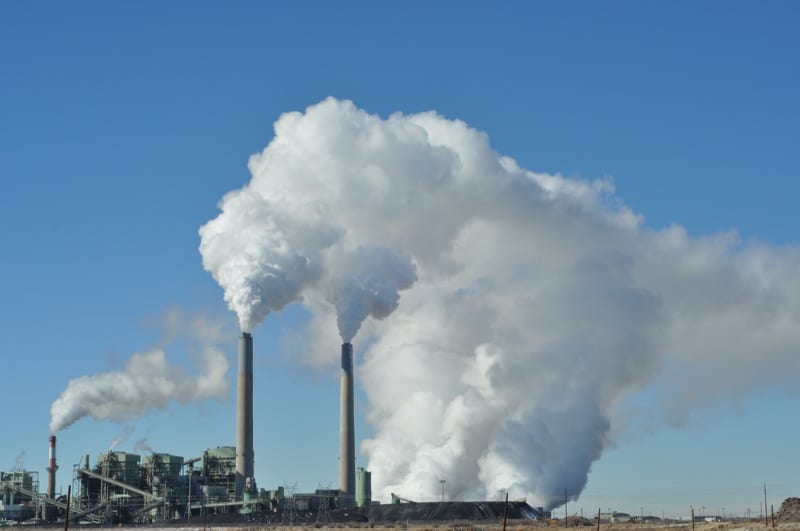 At last month’s Conservative Party Conference in Birmingham, Dr John Broderick, a researcher at MACE who works on climate policy, spoke with ministers and MPs to discuss an increased need for carbon capture and storage (CCS) technology.  CCS is the process of catching carbon dioxide released during the burning of fossil fuels such as coal and, as the name suggests, storing it usually underground in depleted oil fields. This prevents the release of tonnes of CO2 into the atmosphere, which contributes to climate change. With an expected increase in the consumption of shale and hydrogen gas to meet our energy needs, both of which produce CO2 , CCS would be vital in keeping the Earth’s temperature below the 1.5 degrees Celsius target.

Dr Broderick was part of a team of researchers from [email protected], an organisation that connects researchers and their findings to policy makers, that attended the conference. There he meet with Claire Perry, the Minister for Business, Energy, and Industrial Strategy, and other MPs where he said, “if hydrogen and shale gas are to be developed at scale, then a carbon capture and storage industry will also be required alongside them to keep within our carbon budget… Time is of the essence here, as we must make decisions about the long-term.”

He then went on to comment that there needs to be much more proactive investment by the UK Government in CCS but “we’ve  got to the stage now with climate change its not a matter of picking and choosing different technologies, if we’re serious about avoiding a 2 degree [rise in average global temperatures from pre-industrial levels] we’re going to need all of  the different technologies that are all in the  potential it could work stage to move into the we know how to scale this stage.”

When asked about his experience with communicating with politicians in general, somewhat surprisingly, he found, “they could be quite up to speed on a small area of detail” if it affects their constituencies (often in the forms of jobs), or if it relates to a certain lobby group, or is part of their briefs as ministers. However, Broderick went on to comment that they often do not fully appreciate the “whole context in which it sits”. He reported that they often understood science in qualitative forms rather in the numerical and statistical way you’d expect from another scientist; politicians often geared their understanding to the “bigger picture and general direction.” He mused that perhaps this is because they’re used to talking about principles in changing systems such as health, rather than exact changes.

When discussing the current role of science in British policy making, Dr Broderick rated the process as “excellent”. Currently, when governments suggest a new law, it is scrutinised by a group of backbench MPs called a ‘Select Committee.’ The Select Committee interviews ministers, those likely to be affected by the bill, and experts in the field, and it is the role of scientists to advise. He particularly credited the work of the Committee on Climate Change, which advises all government departments, as well as the the Scottish and Welsh governments, on how to best prepare for and limit the effects of climate change.

Such optimism about science-driven policy-making in the UK might be surprising, especially if you look abroad to other countries such as China, where President Xi JinPing has a degree in Chemical Engineering, or in Germany where Chancellor Merkel has a PhD in quantum chemistry, and compare it to the House of Commons where only one MP has a PhD in a science subject (Theresa Coffey, Conservative, in chemistry).

There should be more scientists that enter into politics, Broderick wholeheartedly agreed. While they shouldn’t dominate politics, more scientists would be useful in shaping and framing debates especially as “many of the biggest issues that are facing us have a scientific dimension to them”. Moreover, they would be useful in holding the government accountable, or in setting agendas and leading conversation if they became ministers.

As to how to encourage people with a scientific background to move into politics, it is important that rather than pursuing the path of a career politician, they should instead get a firm background in science first, such as getting a PhD, while getting involved in student politics. Another route Broderick suggested is through organisations such as [email protected] or through POST and the CCC, where scientists generally advise on policy making and there, once they have a grounding, make the switch to a particular party and be able to decide on policy.

Broderick felt that the barriers preventing scientists from making the switch is the lack of exposure to the need for scientific policy-making. Also, it could possibly be due to the inherent uncertainty that all scientists know is in their work, which makes it difficult to “get up on TV and espouse a particular course of action… you don’t spin your research” he concluded.