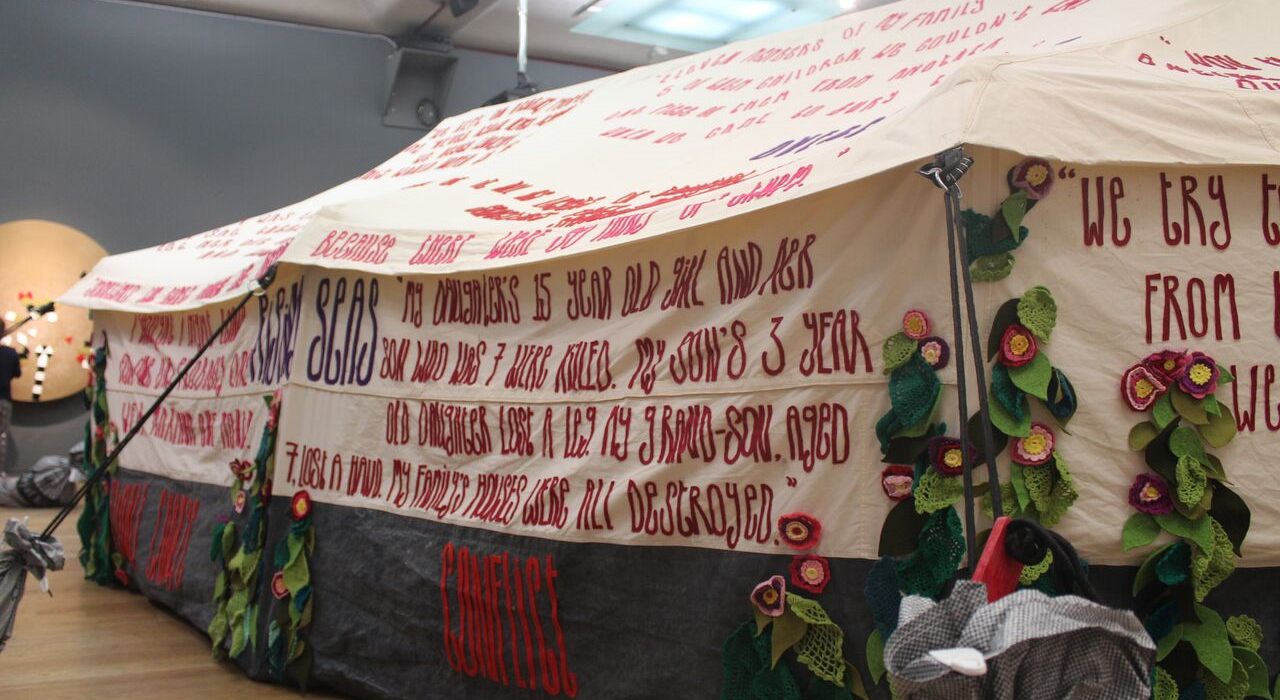 Look up at art: Kate Daudy

For ten days, Manchester has been one of the hosts of the ‘Journeys International’ art festival. There have been a wide array of events happening all over Greater Manchester; a participant who remained throughout the festival was Kate Daudy, whose art projects did not fail to impress.

Messages were scattered around the city from Fish and Chip shops to the side of Selfridges. Her artwork is based on the traditional Chinese practise of writing over objects as both an expression of the current owner, and the meaning they place upon it. However, this latest project was also connected with, and inspired by, the experience of refugees.

During the early stages of the development of her art, Daudy visited refugees, asking what they wanted her to convey. One of the key messages she found refugees wanted to express, was an appreciation of the life we are leading on a day-to-day basis. From this beginning came both the ‘Am I my brother’s keeper?’ and the ‘Look up’ projects.

Both projects consist of diffusing messages through the use of colourful felt. ‘Am I my brother’s keeper?’ is an art installation in the Manchester Art Gallery. Daudy has covered a ‘UN High Commission for Refugees’ desert tent (which a family lived in for several months) in colourful, yet harrowing words, alongside bright crochet made by internationally displaced women in refugee camps.

The ‘Look up’ project broadcasts these important messages into the pathways of ordinary people living their everyday lives, making people across Manchester stop and take note. Whilst they perhaps do not fully appreciate the meaning hidden behind the letters, the ‘Look up’ project allows viewers to interpret them as they wish.

This is not a new concept. Throughout time, humans have expressed thoughts and feelings through words and symbols depicted on walls and objects. Although the medium, message, and motivations may change, the desire to put across a thought through art remains.

I found Daudy’s installations to be particularly poignant as she unites the messages drawn from the experiences of refugees and uses them to interrupt the day-to-day lives of those living miles away. Daudy takes street art to a whole new level, spreading human experience across the seas through the medium of art.