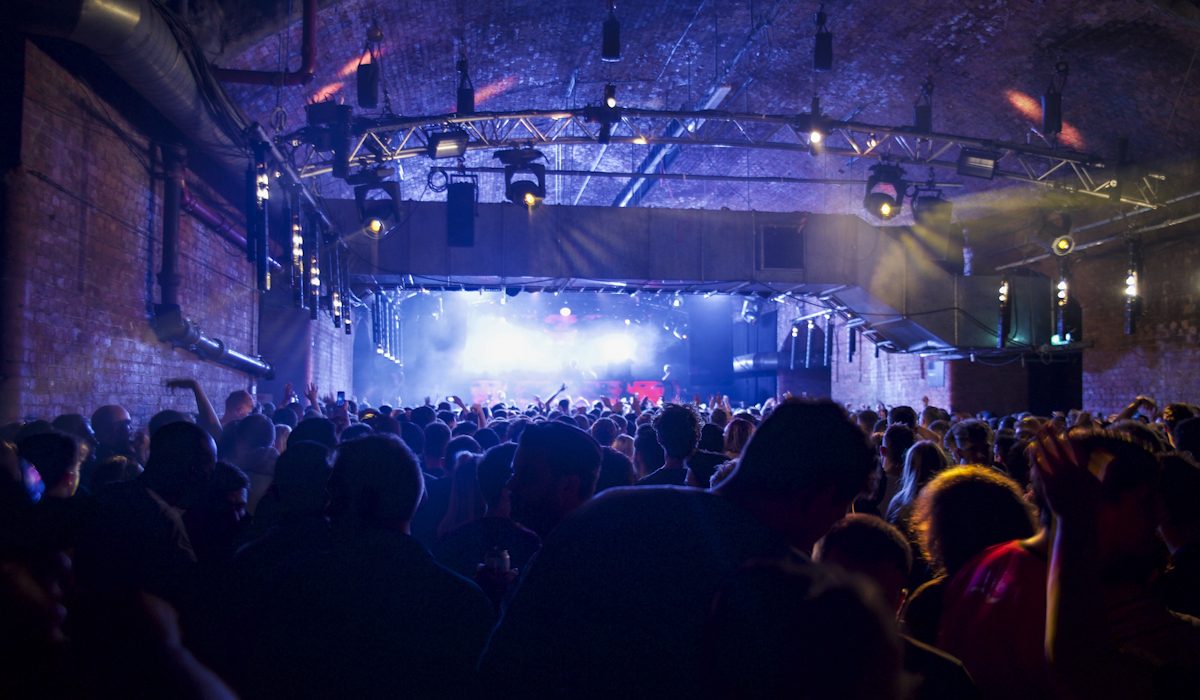 The seasonal return of The Warehouse Project for a three-month term brings with it an array of industry-leading names, stunning visuals, and the chance to experience one of Manchester’s truly great nights out.

Debuting in late September with Seth Troxler headlining the 12-hour opening event, the 2018 calendar promised a huge variety of show-stopping acts, from drum and bass pioneer Andy C to the high-energy, aggressive style of Manchester’s own, Bugzy Malone. The series organisers have also spread this year’s events over a range of locations, with the hallmark Store Street venue joined by the likes of Gorilla, Manchester Academy, and The Mayfield Depot.

WHP vs. Motion was the 13th show of the 2018 lineup, with sixteen main acts packed across an 8-hour time slot. Staged at the project’s traditional venue, Store Street, an underground labyrinth beneath Piccadilly station, the maze of passageways and arches added to the sense of anticipation and excitement for a night of techno royalty.

Split across three separate rooms, the evening was headlined by Alan Fitzpatrick, former techno enthusiast and club-goer who became globally-recognised after releasing his debut album for Adam Beyer’s Drumcode label in 2010. A resident at Fabric, Fitzpatrick mixed high-energy beats with his own, distinct funky sound to create relentless and carefully-orchestrated buildups before sending the crowd crazy with his perfectly-timed drops.

Fitzpatrick’s set contrasted nicely with that of another industry-leading name in Chris Liebing. Originating out of Frankfurt’s vibrant techno scene in the 90s, the 49-year old has taken the stage at some of the world’s most renowned clubs, including Space in Ibiza. Liebing’s set emphasised his metallic style and minimalist interpretation of the genre, with his repetitive mixes bringing an increasingly-concentrated mood to a crowd that was electrified by Fitzpatrick’s rave-inspired tracks.

One of the earliest sets in room one, Pan-Pot also tapped into the rave tone, characteristically mixing vocals into an exuberant set, enhanced by stimulating visuals on the centrepiece LED screen. The duo have long been known for their appreciation of club culture and captured the underground dance-floor vibe with a melting pot of techno and house tunes, almost framing Store Street as an oversized house party.

The final act of the night, Sam Paganini, revitalised a tiring sea of party-goers with a range of emphatic beats and elements of his famed ‘dark techno’ style. The Italian DJ has cemented himself as a household name of the techno industry with some true classics, including ‘Rave’ and his 1997 release ‘Zoe’, that broke into the UK Top 50. Paganini closed out the evening with a performance not too dissimilar from Fitzpatrick’s, but distinguishable by the recognisability of his powerful grooves.

The setting of the Warehouse Project series itself ensures that it is an experience not to miss in the calendar of Manchester’s diverse club scene. The reductionist feel of an underground, former air-raid shelter particularly enhances the atmosphere of house and techno-themed nights, with WHP Vs. Motion delivering an atmosphere reminiscent of Berlin superclub Berghain. Continuing into November, this year’s calendar still features Chase and Status, Deadmau5, Denis Sulta, and AJ Tracey.