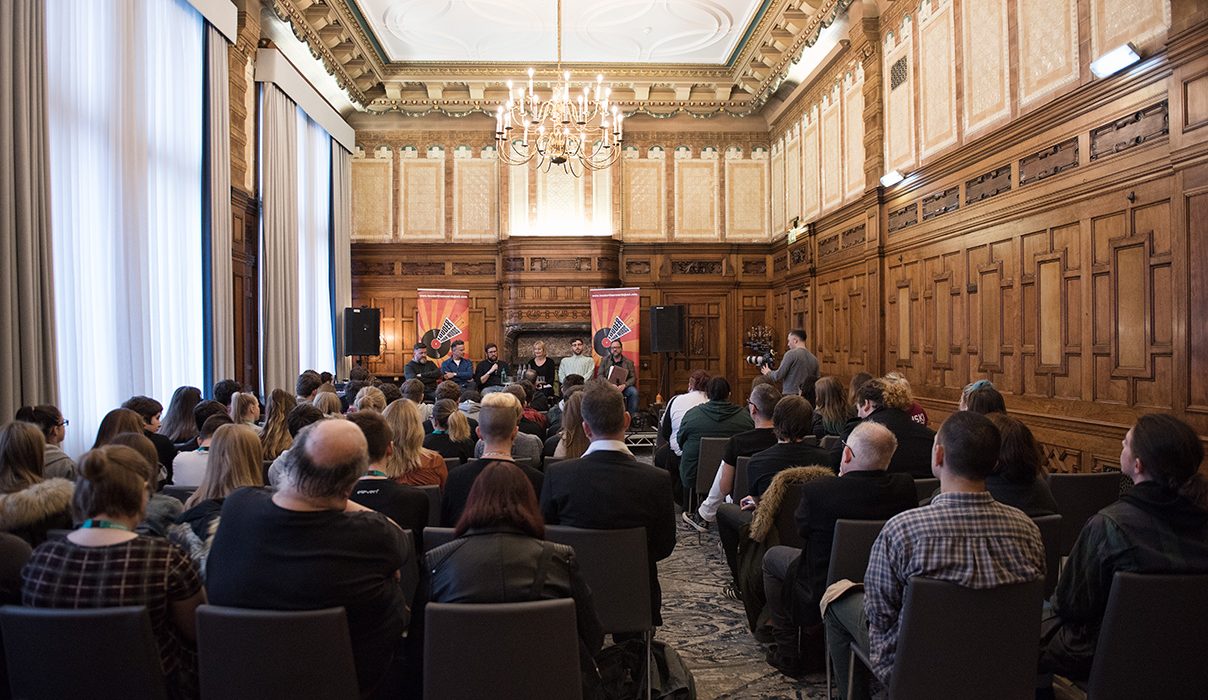 Louder Than Words festival: an interview with John Robb

Manchester’s musical history certainly leads itself to be the ideal venue for industry related events, with the weekend of the 9th of November seeing the return of Louder Than Words Festival. The three-day festival takes place at the Principal Hotel and will feature panels, performances, and Q and As. I had the opportunity to speak with John Robb, music journalist and co-curator of the event, about what’s in store and why students should get involved.

Louder Than Words examines the relationship between writing and music, not specifically lyrics and song writing, but how the music industry is viewed by the media and how it influences literature. It’s a varied event with people from different backgrounds, united by their passion for music. “Music is essential to the festival,” John tells me, “and people who write about music. But there are also authors who don’t write about music, there’ll be interviews with writers and musicians and books will be sold at the event.”

There will be something for everyone at the festival with events ranging from contemporary topics to retrospective musings. On the Friday evening, radio presenter, Gemma Cairney will be in conversation, while on Saturday evening a discussion ‘Do Ravers Dream of Electric Beats’ will be held about the Electric Dance Music scene today. For those who are into their visual media, ‘Pin-Ups 1972-82: 10 Years of Classic Posters from The Punk, New Wave and Glam Era’ will look at some of the artwork involved within those periods of music history. Considering the volume of posters plastered on the walls at university and Fallowfield, this aspect of pop culture is still going strong today.

It’s clear that the festival will be a friendly and welcoming event, John explains that it’s a great place to meet with those who are involved in the industry. “It’s always good to see people who’ve done it all their lives, it’s a varied selection. You need to know people in order to get work, so it’s an invaluable opportunity to socialise with music and media folks.” Louder Than Words aims to create a comfortable atmosphere, with no walls between the speakers and the viewers, “it’s important to us for people to get on, we introduce them to each other, and getting all the people together in the same space. [The event] is not too big, you can just hang out, a good space to just spend the day.”

The festival provides an insight into the music business; singer and songwriter Guy Pratt will be sharing his stories of working with big names such as Michael Jackson and Madonna, elsewhere photographer Shelia Rock will discuss her documentation of the London punk scene. In a world dominated by social media, where musicians can share every aspect of their lives, it’s fascinating to hear the tales of those who worked with legendary names, before a time where you could access all areas.

This is the sixth year of the festival, its success is thanks to the uniqueness it offers as it unites the spheres of music and writing. “It’s a celebration of words and music,” John describes it perfectly, “it’s intrinsically linked to music, a celebration of the world”. Hosting an event like this in Manchester is important as the city provides a rich musical backdrop, “Manchester has a music-focused history, it’s a media city, an international city,” John says. For him, the hotel itself adds to the atmosphere, “The Principal hotel is old school Victoriana, it looks like the hotel from the Shining!”

A key theme of the festival is uniting music fans together, whether they are involved in this industry or not. John is particularly looking forward to interviewing author Ian Rankin on the Sunday afternoon, about his ten favourite albums. “Ian Rankin’s good, so engaged with music. Some people will talk about music inside and out. This year has got the strongest line up of guests. A lot of people are coming out [to the festival], lots of fans of music.”

It sounds like the festival will be full of people all sharing the same passions about music and writing, from all different areas of those respective industries. “Its great stuff, very diverse and interesting,” John sums it up — “a good place to be for the weekend.”

You can find out more about the festival and buy tickets from its website, discounts can be made available for students.