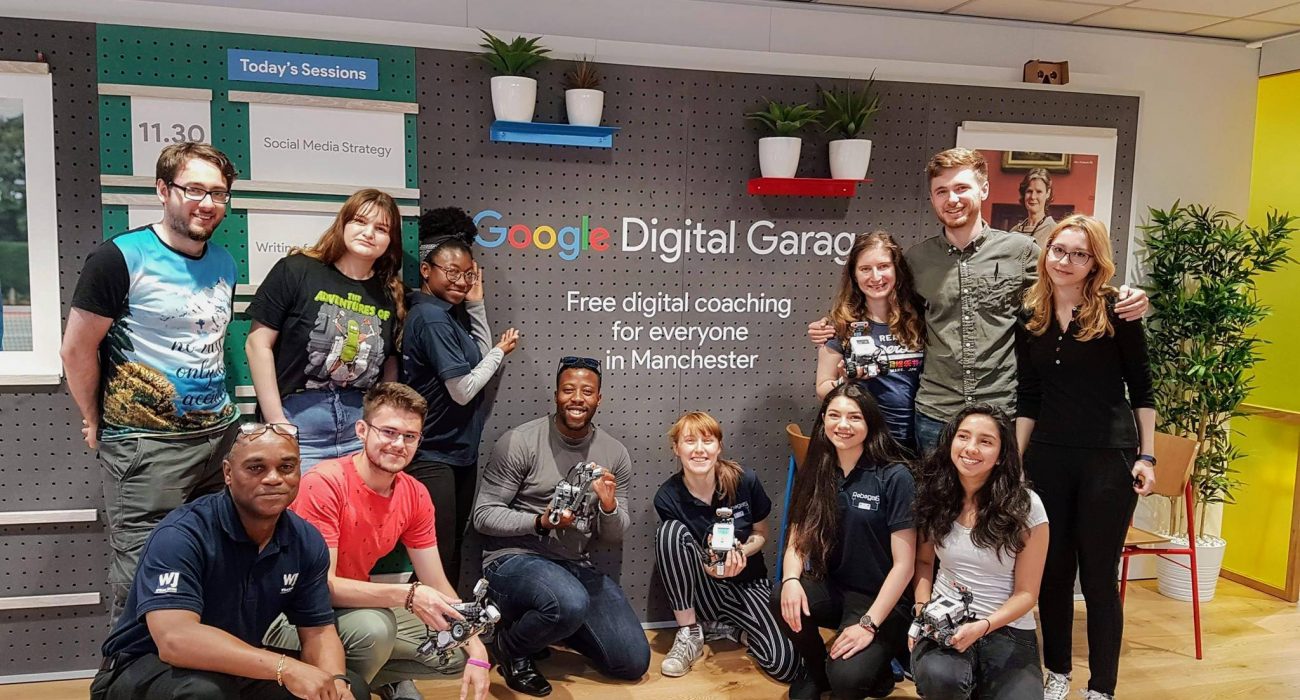 The number of non-male students entering the STEM world is still much much lower than desirable, but this week I spoke to a society that is try to change that! Robogals is a global student-led society that organises science and technology workshops for children across five continents.

They have two main aims. Firstly, Robogals strives to promote engineering and related fields through their robotics workshops. Secondly, it bridges the gender gap in STEM by providing both young girls and boys with opportunities to engage with the associated disciplines in practice and realise that choosing to become a brilliant engineer, for instance, is not a matter of gender.

Their mission is based around an inter-sectional feminist approach, and, as the name may not fully suggest, workshops are delivered to all genders, rather than just girls. In Manchester, Robogals target girl-only schools in particular, but excluding boys would be contrary to their mission, so when possible they have mixed workshops as well as girls-only ones. Robogals is about encouraging children to think critically about gender and career, and deliver the message that ability is not gendered. This is as important for boys to understand as it is for girls.

Workshops are delivered by both male and female students depending on their availability for that particular date rather than gender. They also provide examples of female engineers and other STEM-related professions, both within the university and the wider industry. The international organisation has a global target for the number of girls taught, which is kept in mind to make sure the team in Manchester reach girls especially, whilst educating across all genders and ages.

It’s not just female students that they encourage, but they have a specific focus on girls coming from minority ethnic groups. When asked how they think the low percentage of women from these background affects the industry, Robogals responded that improper representation in any industry can have damaging effects on the creativity and yield of that particular industry, as well as on the society as certain undesirable trends can multiply. Whilst they don’t target BME students specifically, they endeavour to be as inclusive as possible and thus reach more historically disadvantaged groups implicitly.

Robogals’ efforts are certainly not going to waste.  Only last year they organised an event with 760 participants in one day at the Museum of Science and Industry. In other workshops over the course of last year they taught a total of 464 children, of which 295 were girls. They also trained 422 adults. They partnered with three giant companies and reached a total of 29,158 unique daily users. Workshops are fun, challenging, and get great messages across in an applied way.

Robogals have worked with some really interesting companies, most notably Google for their Google Digital Garage. Former president Otilia Vintu headed up the project; the workshop conducted there, which she named “How To Train Your Robot”  was facilitated by her and other volunteers and received great feedback. Consequently, they were invited by Google Garage to continue with other workshops. Robogals also have other opportunities internally, like an annual convention, and management roles for the organisation internationally.

Robogals also works with a private education company which recruits every year exclusively from their flanks of volunteers as the type of work they do prepares volunteers for the companies opportunities. Clearly, joining Robogals is a brilliant opportunity to make a great difference in the community, as well as being a very good addition to your CV. It’s a great way to demonstrate your interest in the tech industry, but also in management and in social issues. Due to their demonstrable impact and global reach, not only do you have access to a vast network within Robogals, but you can also confidently approach big companies, having had experience working with the likes of Google and Apple. They work with a recruitment agency that provides them with new openings exclusively for Robogals volunteers.

Students from every discipline can get involved. The current committee has students from Politics, Anthropology, Law, and Management, as well as Physics and Engineering. Anyone interested in technology, science, education or gender equality should get involved — either as teachers or organisers and negotiators.

Robogals claim that they are really flexible in terms of time commitment. Some of their volunteers come for just one workshop a year and others nearly every time. Others are part of the committee and have more responsibility. This year, they are looking to expand the committee from the current number to add more positions as they also plan on taking on more ambitious projects without expecting more than a couple of hours of commitment every week.

For those interested to apply for committee positions or simply to join as a volunteer for a workshop, regardless of whether you have volunteered with them before, contact the society on their Facebook page, Robogals Manchester, before November the 20th.