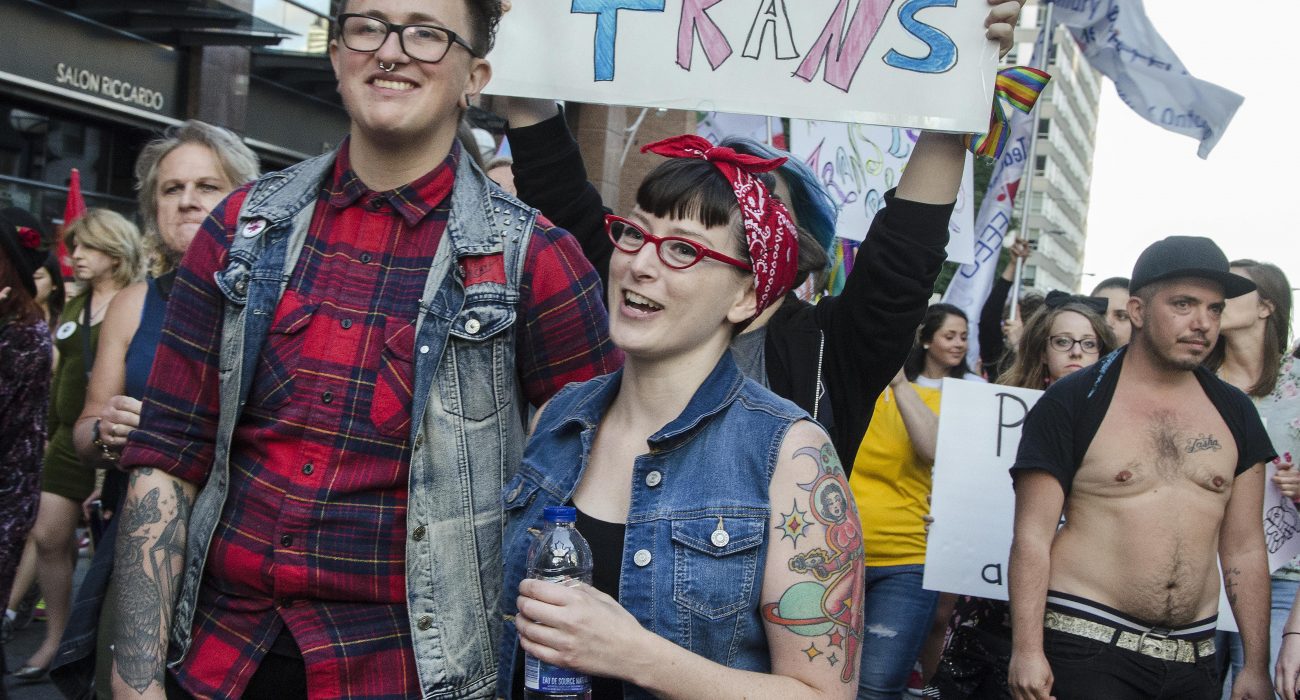 The UK government has recently launched a consultation on the 2004 Gender Recognition Act, which aims to facilitate people changing their legal gender on birth certificates. Changing gender legally does not have a biological change as a pre-requisite.

According to an LGBT survey carried out by the government of over 108,000 participants, a majority felt that requirements for applying for a Gender Recognition Certificate are confusing. The process was termed “bureaucratic and expensive”.

The proposition therefore is to enable people to change their legal gender without the need for medical consultation or proof.

There has been a subsequent backlash to this movement. Feminist groups have suggested that this would enable predatory non-trans men to gain access to spaces where females are vulnerable, from female prisons, to changing rooms and toilets, and even Girlguiding communities.

A few weeks ago, a protest took place in Deansgate, Manchester, attacking the government’s proposition for these very reasons. Women came dressed in costumes representing both the suffragette movement and ‘The Handmaid’s Tale’, protesting against the rights of transgender people due to a supposed threat to female safety.

Whilst we would all tend to say that the security of other human beings must be a priority, equating such a positive movement within the transgender community to a threat to the female sex gives rise to some incredibly negative outcomes.

Suggesting a need for those who apply for a new birth certificate to undergo rigorous checks because they potentially pose a threat to females in vulnerable spaces, spreads a dangerous and blatantly false message about transgender people, to the detriment of gender equality.

This kind of argument is radically exclusive, and works to promote fear through exaggerating a potential but very minimal and unlikely risk.

If the Government were to pass such a movement, it would be a hugely positive step for the recognition and equality of all genders. It would make an already difficult process slightly easier, and prove that the government and those in power recognise the plight of those in that situation.

What protests like those mentioned above serve to do however is the opposite to the proposed new regulation. They are literally arguing for the continued segregation of genders, posing them as threats against each other.

Radical feminists like these present a need to protect females and to collate this group as an exclusionary gender. They reiterate the concept of gender as binary and biological, denying a trans woman the status of a woman and suggesting they, as a biological man, still pose a threat.

There are two messages given here. Firstly, denying or complicating the right of belonging on the part of trans people. Secondly, aligning all men with a potential threat.

It is not just misogyny and hate crime against women that we need to fight against, but hate crime associated with any gender in particular.