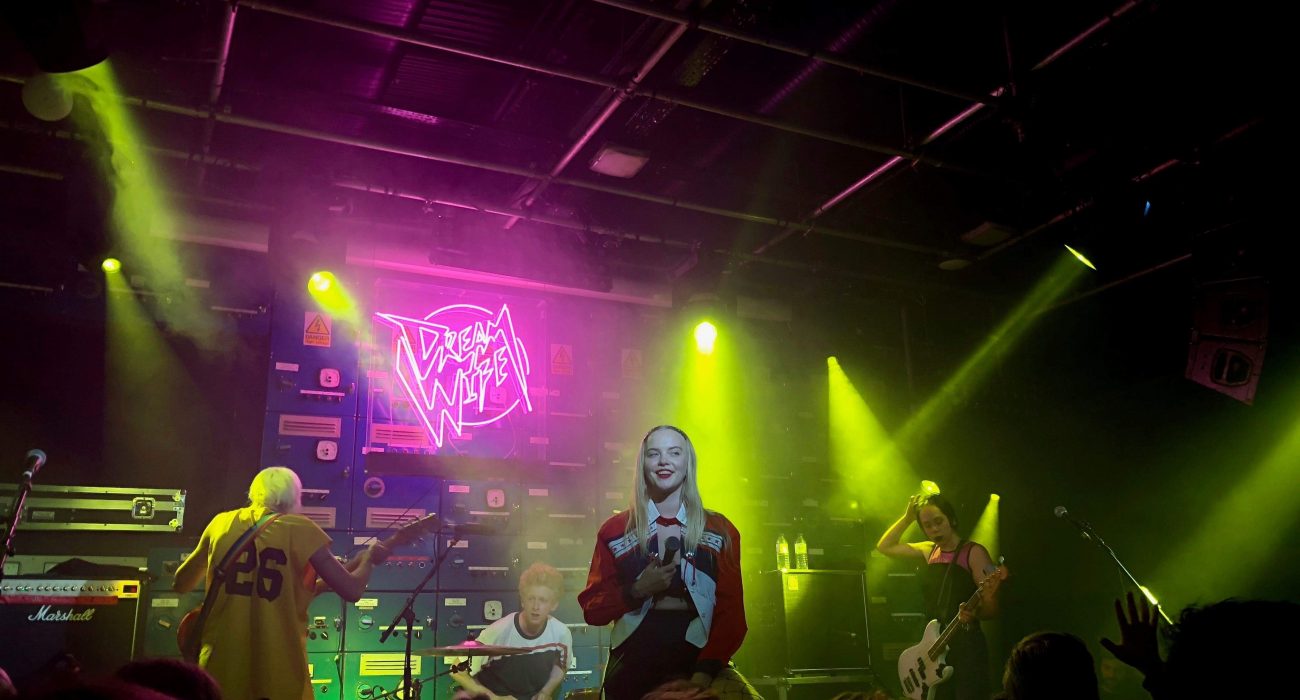 As the first entrancing riffs filled a packed-out Gorilla on the 26th October, it was clear that the audience was in for something special.

The energy of the three women, who met at art school in Brighton, radiated from the stage and instantly whipped the audience into a frenzy of mosh pits and movement. However, these were no ordinary mosh pits – the crowd didn’t contain an ounce of aggression,  something which is all too present in many gig settings. The same cannot be said, however, for the band who aggressively roared lyrics such as “I am not my body I am somebody” whilst towering over the audience. The sight of young girls screaming the band’s feminist orientated lyrics back at lead singer Rakel Mjöll was nothing short of cathartic.

Feminism is a key part of the band and their sentiments on the issue were made crystal clear in songs such as ‘Somebody’, which tells the story of sexual assault on females from a male perspective. The band made it apparent they’re aware of their influence, with Rakel proclaiming, “if you have a platform, no mater how small, use it”. They proved that they’re not all talk, calling halfway through the performance for all the “bad bitches” to come to the front – therefore making sure all the shorter members of the audience could see. The band clearly made the effort to create an inclusive environment, demonstrated in the diversity and drive of the crowd. A band so aware of their position of authority and influence is invigorating in an industry where so many avoid using it.

Melodic, classic indie guitar riffs in songs such as ‘Fire’ blended seamlessly into pure punk hits, demonstrating the ability and diversity of the bands repertoire. The lights and staging were kept minimal, with lead singer Rakel’s stage presence stealing the show. She moved across the stage with mesmerising effortlessness, oozing confidence more commonly found in the likes of Mick Jagger. She somehow manages to combine dazzling harmonies with almost spoken word-like aggression on songs such as ‘FUU’, all delivered with true anger and sass, the likes of which haven’t been heard since 90s Riot Grrrl.

The band appeared to be having almost as much fun as the audience – leading them to emotionally declare that they “wished they had more songs to play”. Indeed, watching them it was easy to forget that they’d only released their debut album, as they played with the confidence of a band with decades of experience. Their debut absolutely comes to life in a live setting, the band very much relying on the their relationship with the audience in order to perform to the best of their ability.

The bands mixture of simplistic indie riffs and raw energy combine to form something that’s nothing short of revolutionary. Dream Wife won over every member of the audience, making sure they had not only the time of their lives but also left with something to think about.